Discover The Must Sees of Miami's Luxury Real Estate

BRANDED HIGH-RISES... MULTIMILLION-DOLLAR MANSIONS... CELEBRITY NEIGHBORS—MIAMI’S LUXURY REAL ESTATE MARKET IS AS DYNAMIC, POPULAR AND OVER THE TOP AS EVER.

Whenever Fisher Island is mentioned, one-percenters in the market for a new residence perk up. That’s because the enclave delivers real estate dreams like few other neighborhoods can. Case in point: Residence 7085 at 7085 Fisher Island Drive. That would indeed be Palazzo del Sol, Fisher’s latest full-service building. Within the $22 million residence’s 7,630-square-foot floor plan are five bedrooms, seven baths, an office, a family room and a home theater, all overseen by the Swiss design firm Dome. In the kitchen, Boffi elements and Gaggenau appliances make dinners at home a must. The latest in Porsche lighting, furnishings by Ginger & Brown and handpainted wall coverings by De Gournay take turnkey to a new level. Allan Kleer and Fabian Garcia Diaz, ONE Sotheby’s International, 305.538.9711, onesothebysrealty.com 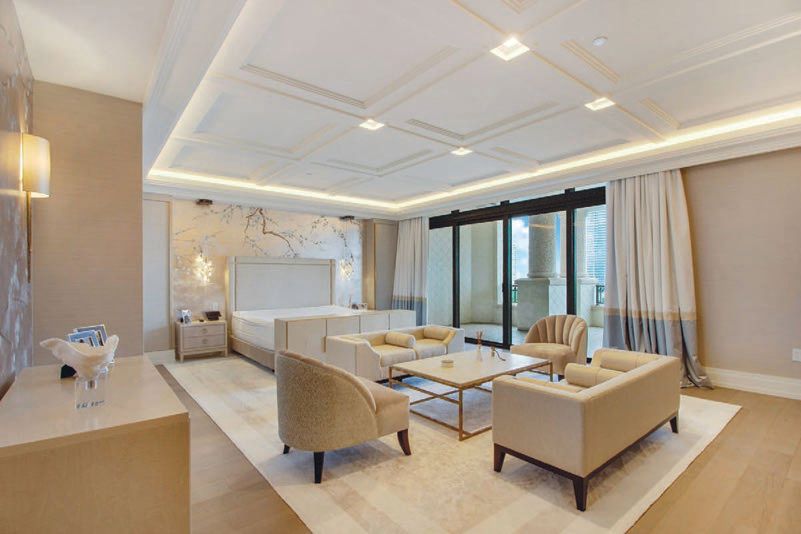 The master suite with seating area. PHOTO COURTESY OF ONE SOTHEBY’S INTERNATIONAL 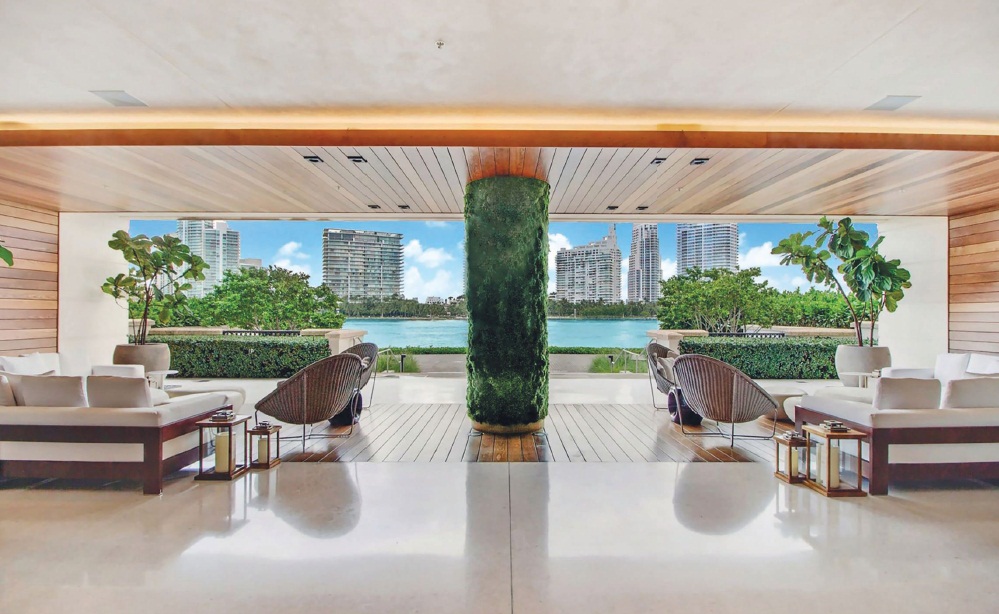 The address says it all: 4 Tahiti Beach Island Road. Part of Coral Gables’ most exclusive gated community, Tahiti Beach, this $36.5 million estate’s most valued asset is seclusion. Located on a 1.5-acre peninsula with more than 530 feet of open bay views and designed by architect Ramon Pacheco, the mansion’s 18,359 square feet of space house 10 bedrooms and 10 ½ baths. Among its features and extras are soaring ceilings, an elevator and a fully loaded theater. But by far, it’s the resort-style backyard where the enchantment resides. Beyond the marble, cathedral-inspired terraces and the heated pool is a private sandy beach for dips any time of day or night.Chad Carroll, The Carroll Group, Compass, 305.400.9507, thechadcarrollgroup.com 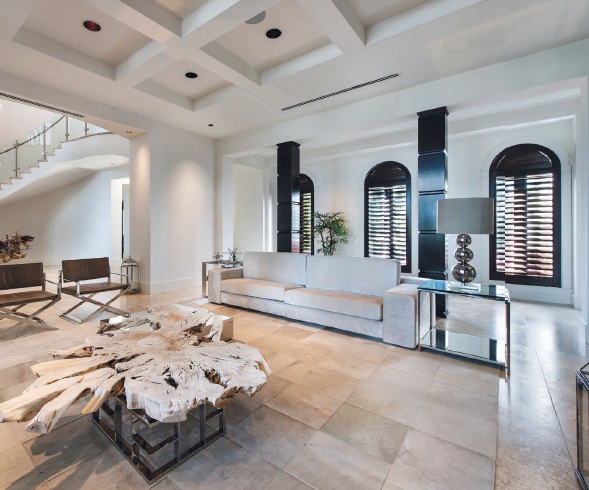 One of the home’s living areas. 4 TAHITI BEACH ISLAND ROAD PHOTO COURTESY OF THE CARROLL GROUP 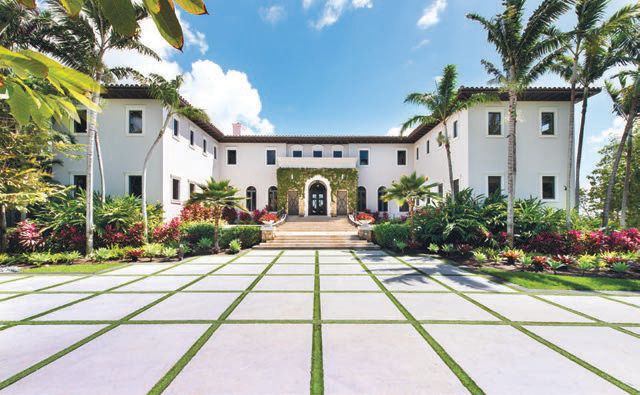 Attention, art collectors: 605 Ocean Blvd. in Golden Beach was constructed with you in mind. The $24.5 million beachfront estate’s 14,075 square feet of space feature ample walls and nooks to display masterpieces of all genres. Just ask celebrity designer Martyn Lawrence Bullard, whose approach to layering artworks with a kaleidoscopic mix of colors, textures and materials landed this place on the cover of Architectural Digest. Beyond the museum qualities, there are seven bedrooms, eight full baths, four half baths, a gourmet kitchen with Miele, Gaggenau and Sub-Zero appliances, an elevator and two guest apartments. A black marble staircase leads to the home’s second floor and was likely the spot of many wow moments for its owners (Tommy and Dee Ocleppo Hilfiger). Outside, a beach cabana and an infinity pool and complete the appeal. Oren Alexander, The Alexander Team, Douglas Elliman, 305.610.4559, thealexanderteam.com 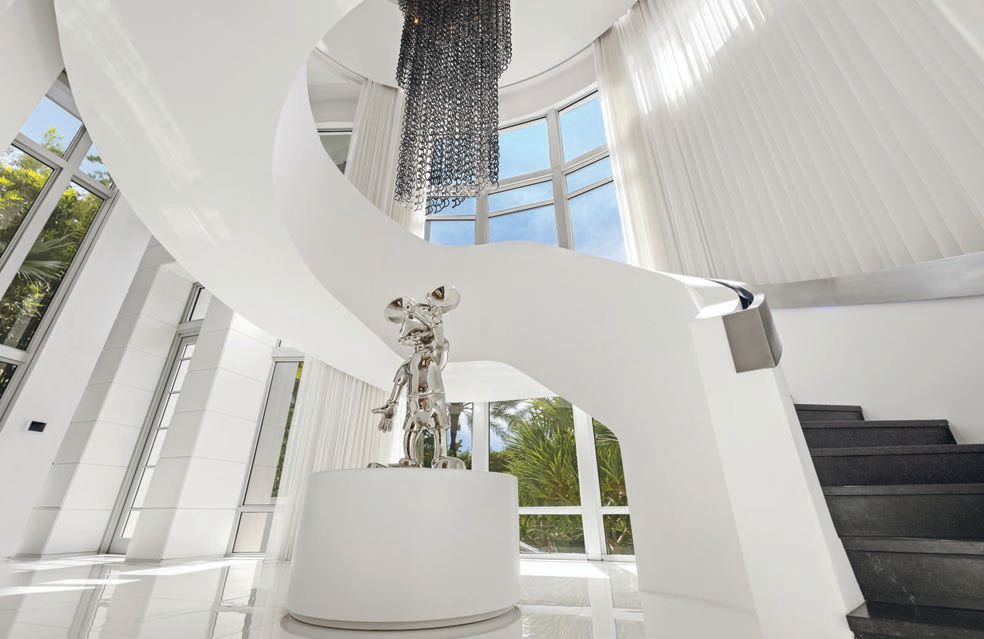 Anticipation and expectations are high for Edgewater’s Missoni Baia, the Italian design and fashion house’s first-ever branded residential tower, which will top off at 649 feet next month and is scheduled for completion by late 2021. As expected, aesthetics are of utmost importance at the building, and developer Vladislav Doronin tapped a team of creatives who will ensure that mission is fulfilled. The development’s minimalist art-inspired facade is in the hands of architect Hani Rashid of Asymptote Architecture, the rich landscape design will come from master Enzo Enea, and MB’s vibrant interiors, including all public spaces and amenity areas, will be brought to life with the Missoni Home furniture collection. Inside the 249 residences (priced from $600,000 to more than $9 million and sized from 776 to 3,788 square feet), New York designer Paris Forino, with direction from Angela and Rosita Missoni, has been tapped to deliver modern elegance. That means marble-encased bathrooms with European-style lacquered cabinets, mosaic tile floors, custom kitchen cabinetry and ample bedroom closets waiting for Missoni garments. Amenities include five pools, two poolside resident lounges, private cabanas, elevated tennis courts and one of the city’s largest private spas. In other words: la dolce vita—Miami style. Sales gallery: 717 NE 27th St., Miami, 305.800.7000, missonibaia.com 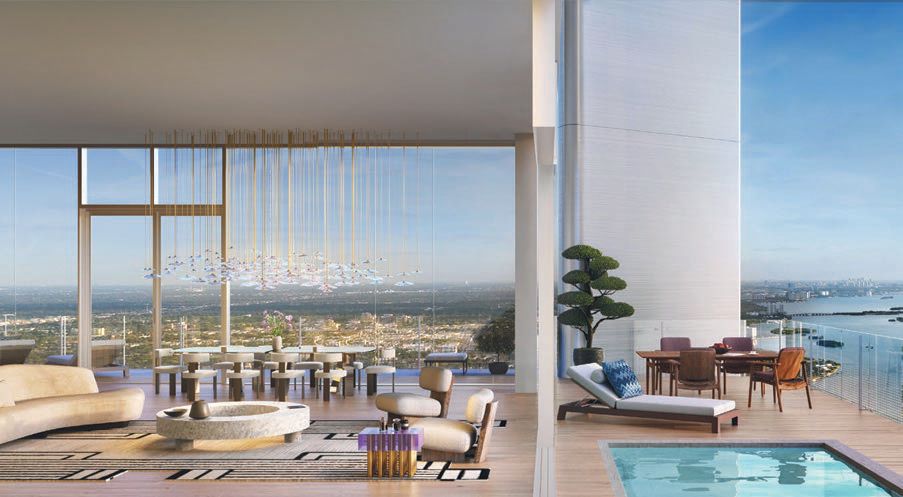 The tower’s penthouse includes a private pool. PHOTO COURTESY OF THE PROPERTIES 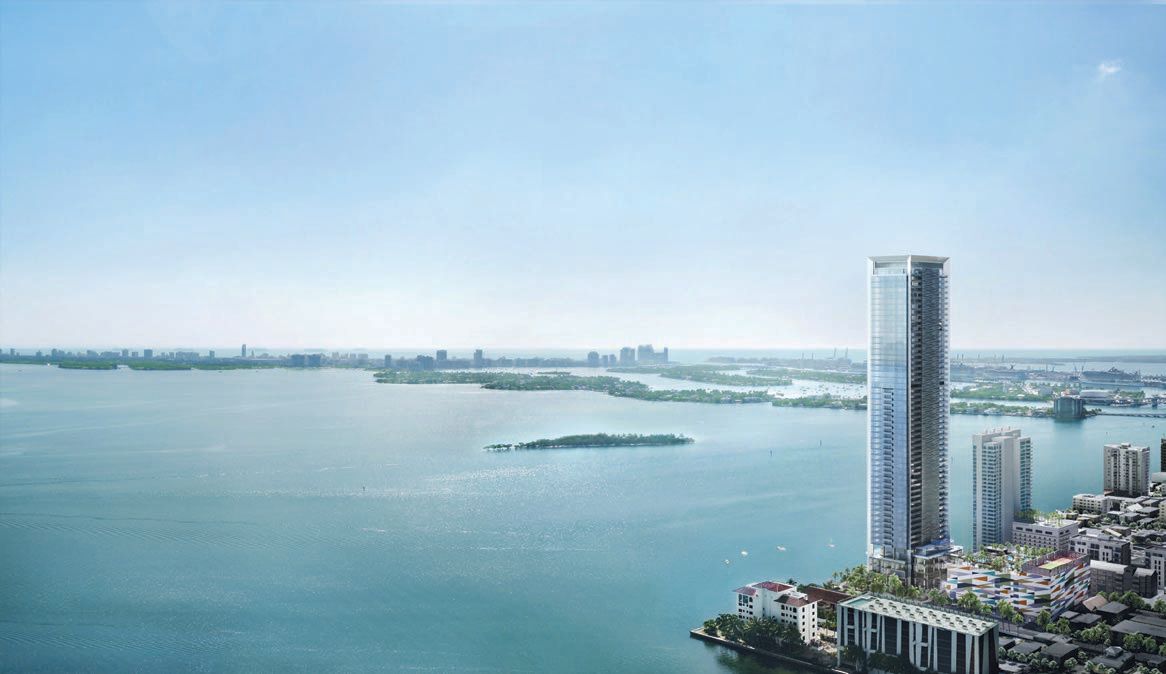 With the developing talents of The Related Group, architecture by Arquitectonica and interior design by Meyer Davis, Solemar makes a solid case for Broward living. The 105-residence building in Pompano Beach is part of the early stages of what developer Nicholas Pérez calls the city’s budding renaissance. With an entry price of $1.3 million (approximately $800 per square foot), Solemar offers residences with floor plans ranging from 2,000 to 2,600 square feet and a limited collection of penthouses with 4,600 square feet of space. Inside, the units are appointed with luxury finishes that include Italian cabinetry, Sub-Zero and Wolf appliances, and the latest bells and whistles as it relates to smart-home technology. As the focus on health is on our minds more than ever before, Solemar’s residences come equipped with DARWIN, a home wellness intelligence network that reduces indoor contaminants. Five-star amenities at the tower will include a fitness center, tropical pool area, spa treatment rooms, a theater room, wine salon and club room, plus outdoor hammock lounges, fire pits, barbecue grills, a poolside cafe and what’s perhaps one of the development’s greatest selling points: 250 linear feet of pristine beachfront. Sales gallery: 1116 N. Ocean Blvd., Pompano Beach, 754.225.6610, solemarbeach.com 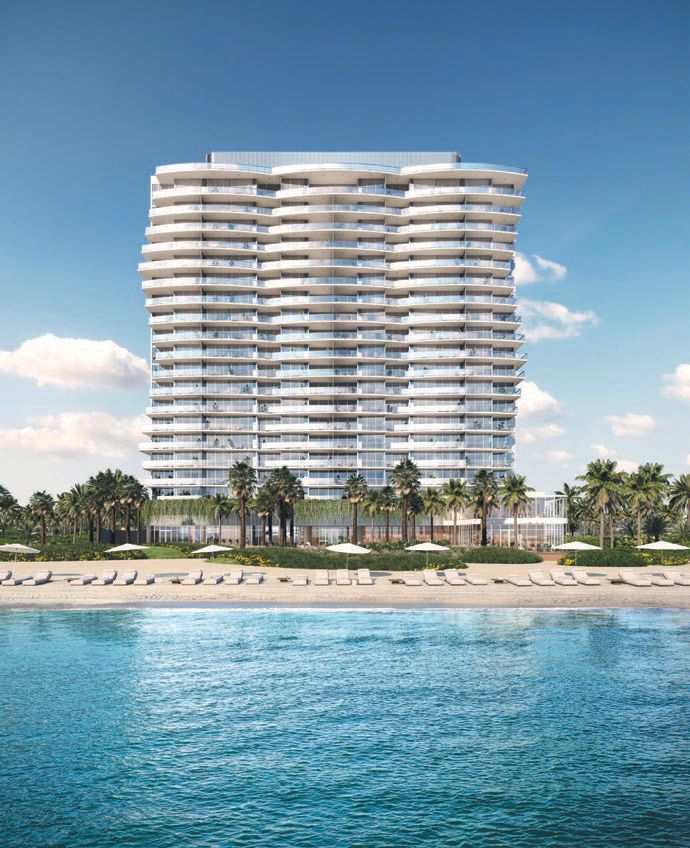 On the heels of launching his Inter Miami CF club, the soccer god and his fashion designer wife paid $19.8 million in April for a full-floor condo at One Thousand Museum, Miami’s most iconic new tower, designed by the late Zaha Hadid. 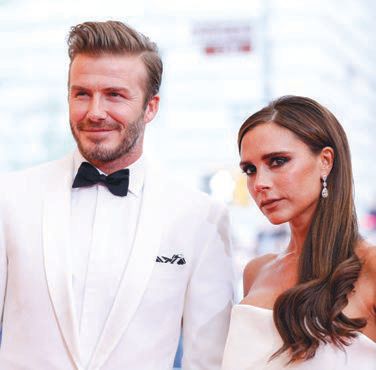 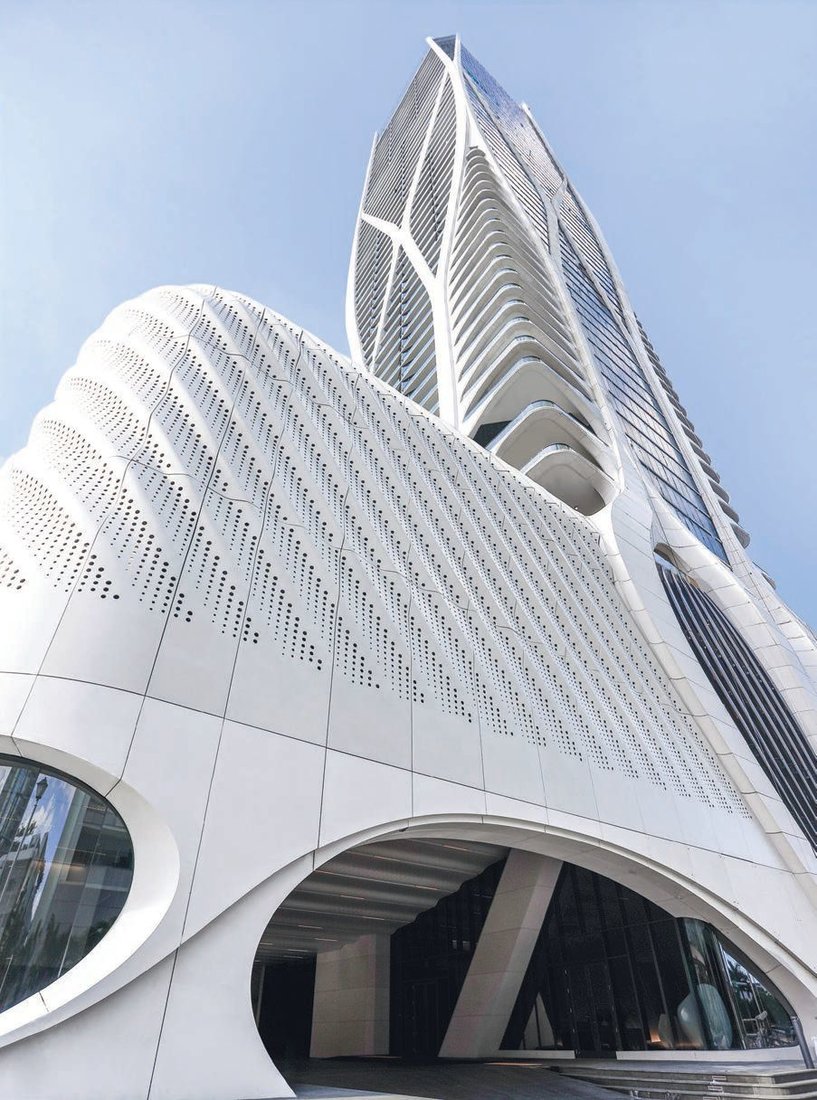 Besides living in a city landmark, at One Thousand Museum, the Beckhams will have access to amenities that include a private helipad on the building’s roof. ONE THOUSAND MUSEUM PHOTO COURTESY OF THE PROPERTY

She’s yet to reveal her public office aspirations clearly, but political insiders are saying Trump will challenge Marco Rubio for his U.S. Senate seat sooner than we may think. In the meantime, she and Kushner will be busy overseeing development of a home on the $31 million, 1.84-acre lot they purchased at Indian Creek Island, one of Florida’s most exclusive and protected enclaves. 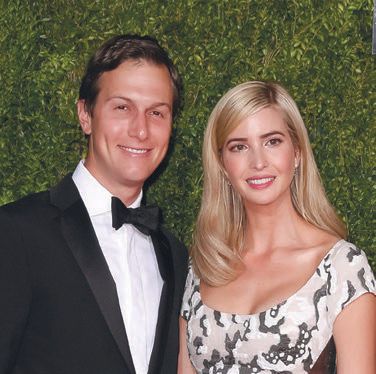 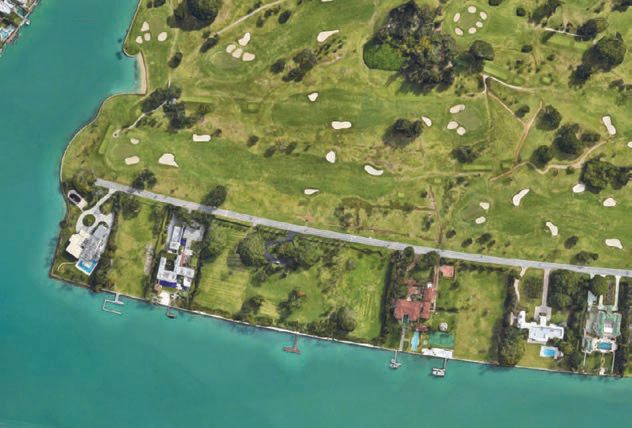 Considering recent events, Trump and Kushner will no doubt enjoy the safety of living at Indian Creek Island, which has its own police force, as well as an armed marine patrol monitoring the waters around the enclave. ISLAND CREEK PHOTO BY GOOGLE

The ridiculously photogenic couple inked a deal right before the new year, paying $9.6 million for a 3,800-square-foot house on North Bay Road. The home was built in 1955 and features more than 100 feet of water frontage. This is a coming home of sorts for Gerber, who owned The Whiskey on Ocean Drive in the 1990s. 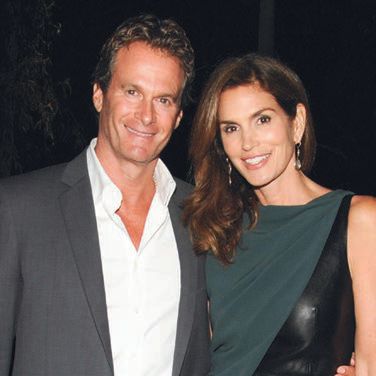 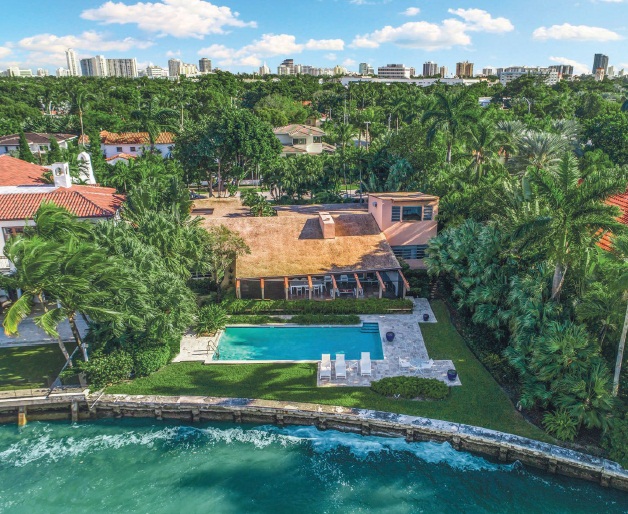 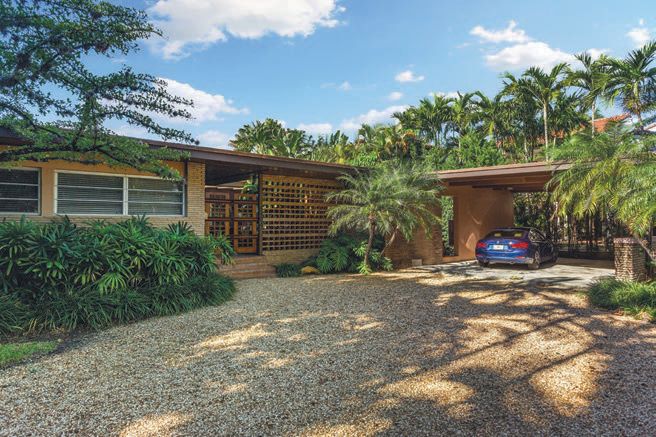 Bündchen The Tampa Bay Buccaneers quarterback and Brazilian model forked over $17 million for a house in the very exclusive Indian Creek Island, which they plan to demolish to build a new eco-friendly home. They’ll have plenty of cash to do so. The couple recently sold their New York City apartment for $37 million. 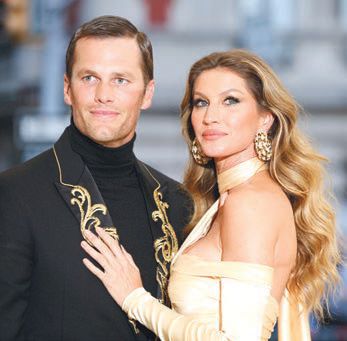 Last spring’s COVID-19 quarantine reportedly prompted Williams, his wife and their four kids to relocate from Beverly Hills to Coral Gables, where the music producer and singer purchased a $30 million waterfront home. The 17,025-square-foot house features nine bedrooms, 12 bathrooms and extras such as a 2,000-bottle wine cellar and a koi pond. 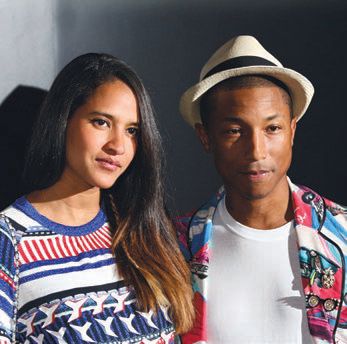 The model and businessman purchased a $23.5 million waterfront home on Miami Beach’s North Bay Road in early December from none other than local developer and hotelier Keith Menin (who reportedly flipped it for a 48% increase). Will the couple be visiting Joshua’s brother, Jared, and Ivanka Trump at nearby Indian Creek? Who knows? Oh, but to be a fly on that wall if it happens. 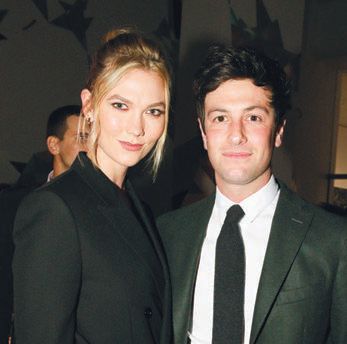 Some celebrities come, some celebrities go. Seems like singer Marc Anthony has had enough of our city. Two years after purchasing it, he recently put his Cocoplum home, Villa Costanera, on the market for $27 million. The Amalfi Coast-inspired 20,546-square-foot estate (originally built in 2016 for Bacardi heiress Hilda Maria Bacardi) houses 12 bedrooms and 15 bathrooms, and features a private dock. John Reza Parsiani, Cervera Real Estate, 305.788.7550, thevillacostanera.com 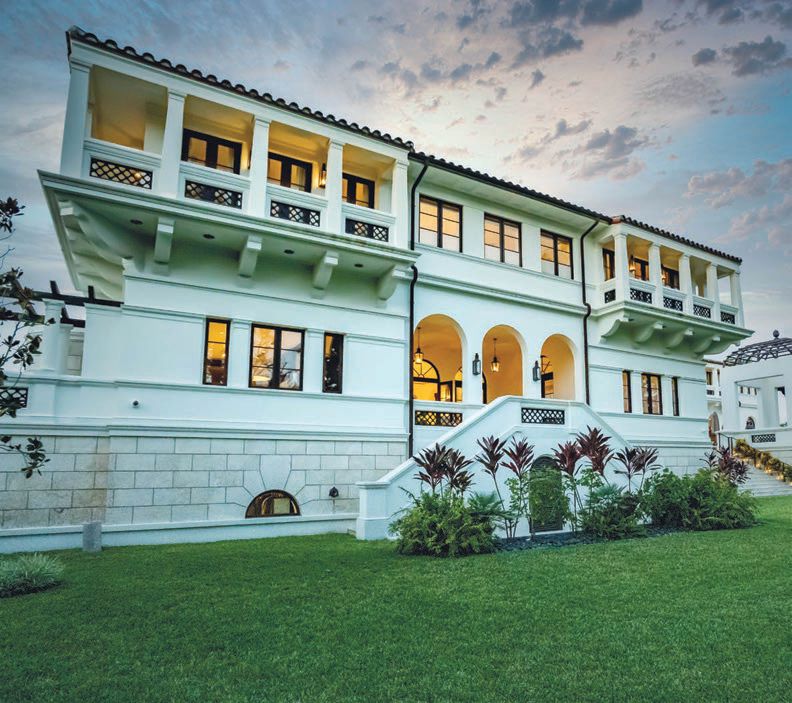 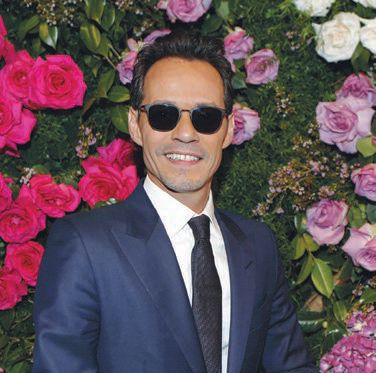 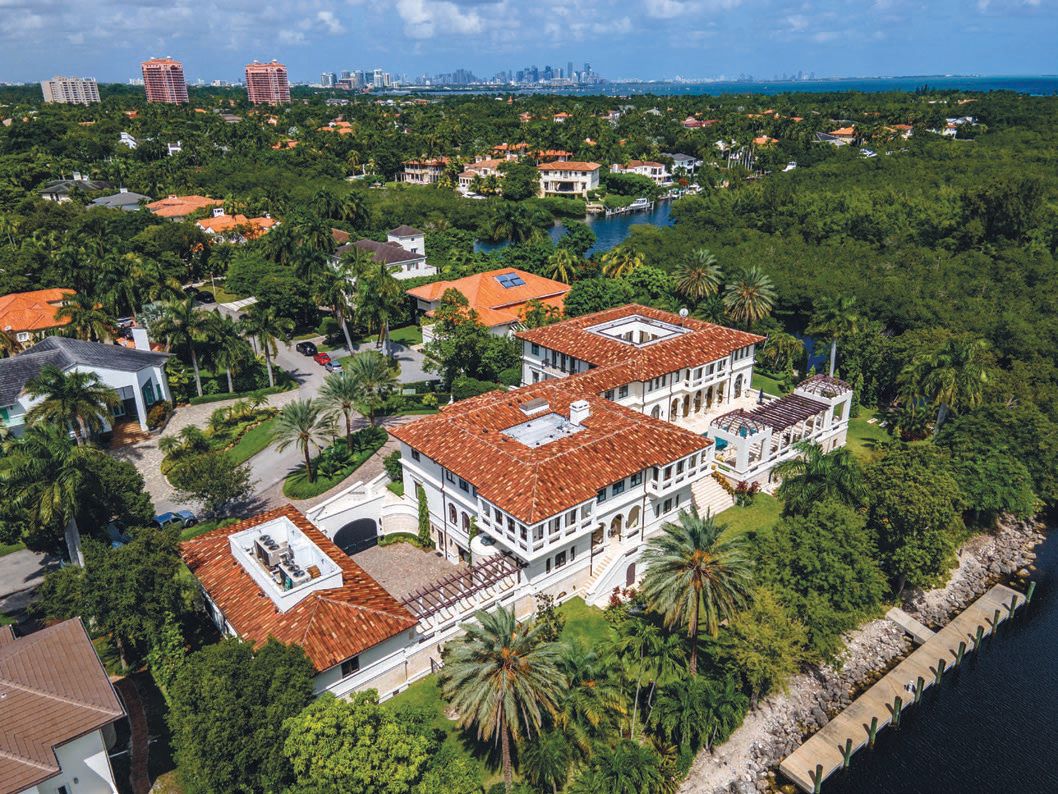 The Grove emerges as Miami’s most exciting neighborhood... again. 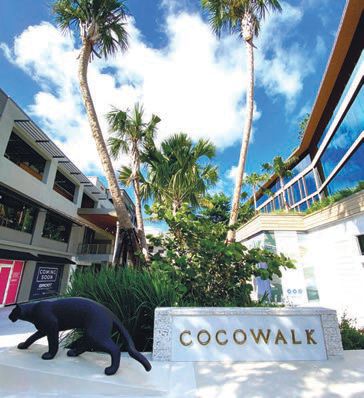 There are many things to love about UNA Residences (unaresidences.com), the OKO Group-developed luxury tower in South Brickell scheduled for completion in 2023, but one of its most impressive features will remain hidden to most of the public. The building’s underground parking garage will be the deepest, most expensive of its kind in Miami. Coming in at a cost of $25 million, it will reach nearly 50 feet and three stories below sea level and, at 100,000 square feet, will be able to house 236 vehicles. The move is costly for sure, but it will maximize the square footage of UNA’s amenities and residences and eliminate obstructions to the site’s million-dollar waterfront views.

Long before the models and Gianni Versace landed in South Beach, before the fashion brands and restaurateurs turned their eyes to the Design District, before creatives adopted Wynwood as their hub, there was Coconut Grove, a neighborhood marked by its bohemian past and lush canopy of trees.

In the ’80s, boomers in Dynasty shoulder pads and double-breasted suits dined at Cafe Europa and partied at Regine’s in the Grand Bay Hotel. In the ’90s, collegiate Gen Xers imbibed at Señor Frog’s on Thursday nights, shopped for prophylactics in between fits of laughter at Condomania and met cute with coffee cups in hand at the Borders bookstore in Mayfair, while well-heeled professionals danced on the tables at Mezzanotte late into the night. Eventually the area’s popularity attracted chains like Banana Republic, Starbucks and Johnny Rockets, but many say that was the beginning of the end. A few years into the 2000s, the neighborhood’s hip factor was gone, and its most popular destination, the multilevel complex of stores and eateries known as CocoWalk, was socially irrelevant.

In the last six years or so, however, talk of the Grove’s renaissance began anew. First came the real estate efforts of Terra Group (terragroup.com) with its massive Park Grove (park-grove.com) and Grove at Grand Bay (groveatgranbay.com) residential towers. Restaurant owners like Michael Schwartz of Harry’s Pizzeria (harryspizzeria.com), Oscar del Rivero of Jaguar (jaguarrestaurant.com), Lalo Durazo of Peacock Garden (peacockgardenrestobar.com), Justin Flint and Michael Beltran of Navé (navemiami.com) and Ariete (arietecoconutgrove.com), and Derek Kaplan of Fireman Derek’s (firemandereks.com), opened venues that got people talking. A buzzy hotel from Italy’s Cipriani family, Mr. C (mrchotels.com), also joined the fold. And independent retailers like The Bazaar Project (thebazaarproject.com), The Wardrobe & More (thewardrobeandmore.com) and The Griffin (@shopthegriffin) took a chance on the area. 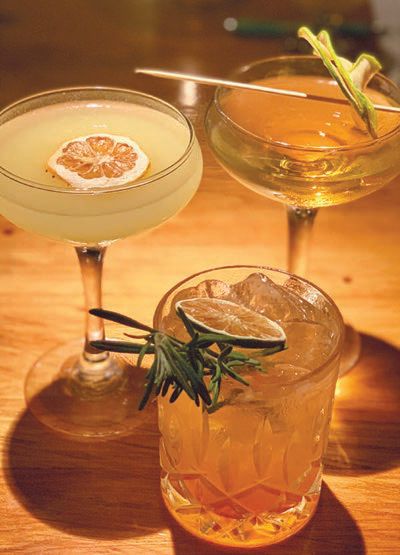 Cocktails from Ariete ARIETE COCKTAILS PHOTO COURTESY OF THE RESTAURANT 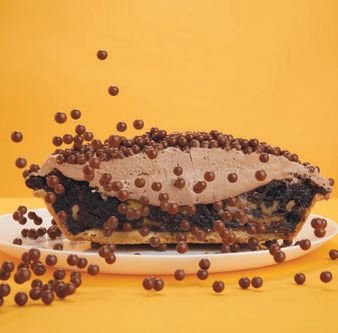 Now, all signs continue to reinforce that this rebirth is in full force going into 2021. Much of that has to do with the transformation of the aforementioned CocoWalk (cocowalk.com) by Federal Realty Investment Trust (federalrealty.com), The Comras Company (comrascompany.com) and Grass River Property (grassriver.com), which jointly acquired the center in 2015 and began its renovation in 2017. A recent visit revealed dining options such as Planta Queen (plantarestaurants.com), a vegan Asian concept, and retailers that include eyewear purveyor Edward Beiner (edwardbeiner.com), athleisure brand Free People Movement (freepeople.com) and menswear label Europann (europann.com), as well as the imminent openings of the pizzeria Mister 01 (mistero1.com), Sushi Garage (sushigarage.com), cult ice-cream favorite Salt & Straw (saltandstraw.com) and the beauty and skincare shop Bluemercury (bluemercury.com). 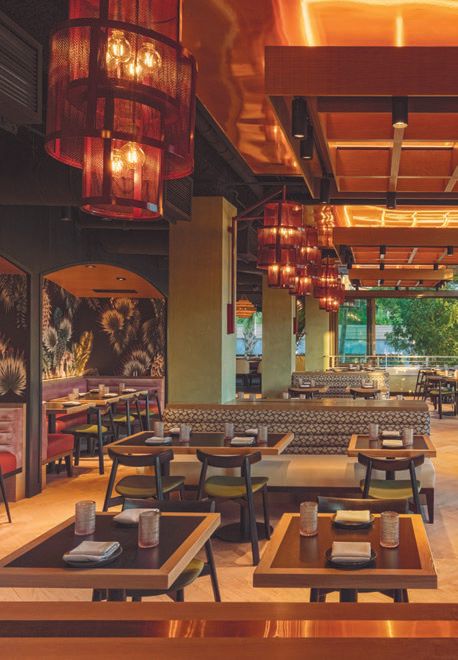 And there’s yet more to come—both to CocoWalk and the neighborhood at large. Among these is Mr. C Residences (mrcresidencescoconutgrove.com), a 118-unit residential tower (with homes starting at $600,000) from the aforementioned Terra Group that will bring with it the Body & Mind Wellness Center and various dining and retail spots open to the public. 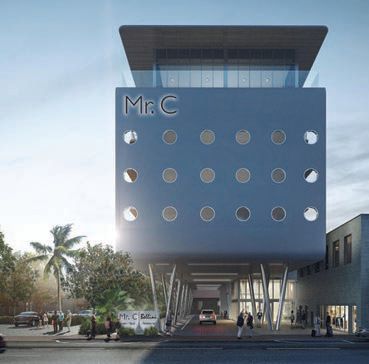 The exterior of the Mr. C hotel MR. C HOTEL PHOTO COURTESY OF THE PROPERTY 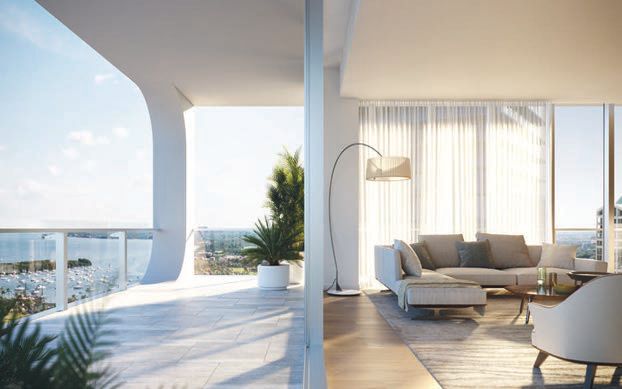 The terrace and living area of a home at Mr. C Residences MR. C RESIDENCES PHOTO COURTESY OF THE PROPERTY

And after a year like 2020, this new energized Grove is just what Miami needs.

Photography by: in photo captions