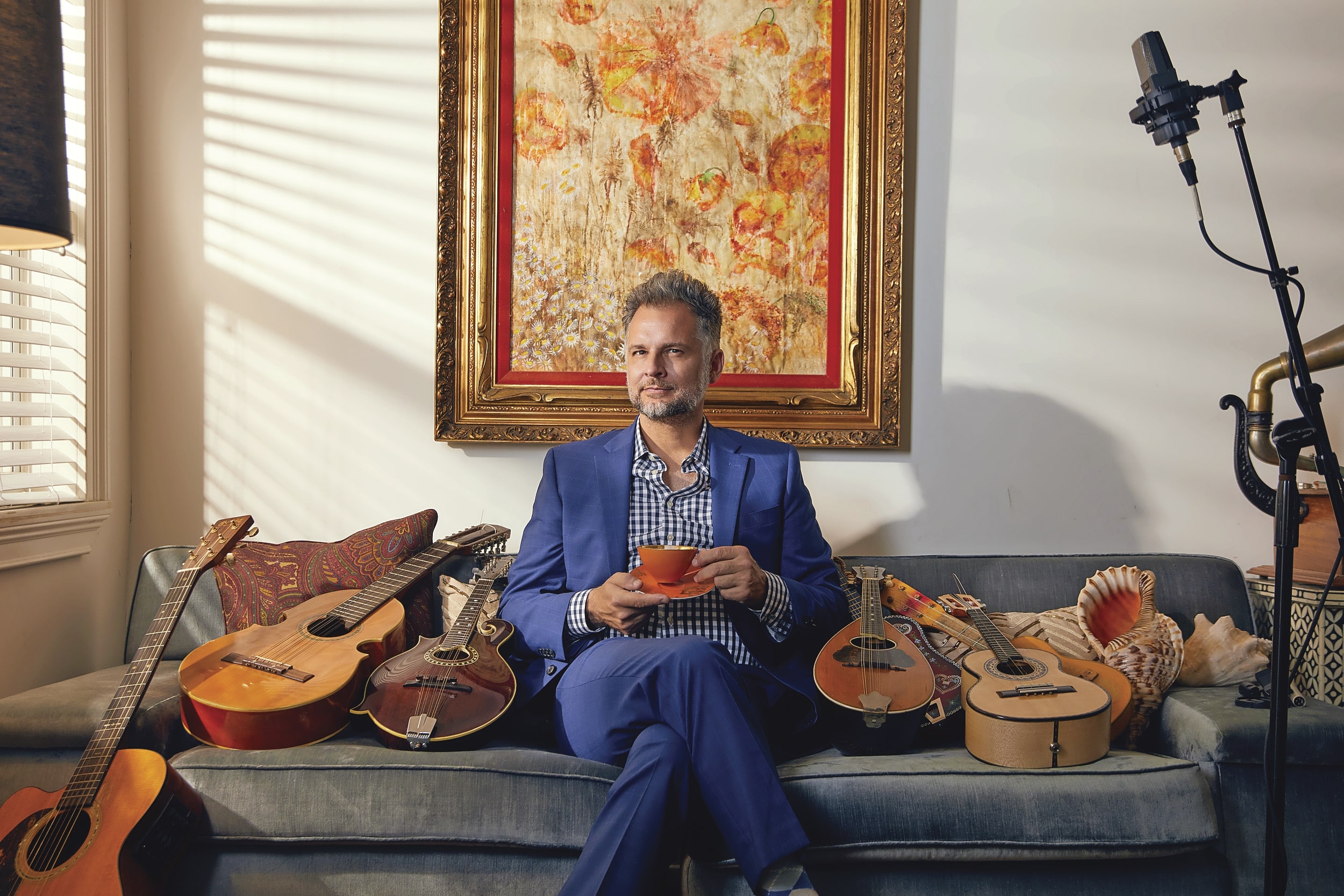 Call him a musical nomad with a strong proclivity toward core-stirring, hip-shaking sounds. The mellifluous journey of singer/songwriter and multi-instrumentalist Cleaveland Jones is one that transcends styles and continents producing a sonic experience that feels both familiar and fresh. This month, the Cleveland-born, Miami-budded Jones continues that trajectory with Heart & Sol, a smooth and sultry album with a compilation of sounds that play up on Caribbean cool, samba soul and Afro-Brazilian jazz, summing up Jones’ globe-trotting years nicely. A one-time music director of School of Rock in Miami, Jones pursued Tibetan and Buddhist philosophies during yearslong scholarly sojourns to India, Nepal and Bhutan, but one country in South America left an indelible mark on his musical style. “I traveled to Brazil and lived there for almost two years,” explains the champion of the pan-Brazilian genre, who wanted to “soak in the music on a cultural scale. In my head at the time, I chose to independently study Brazilian music in Brazil after college as a DIY substitute for pursuing an academic degree in music or a graduate degree.” The lasting result of that quest continues to linger in Jones’ signature sound today. Tropical tunes aside, Heart & Sol is also an exercise in teamwork. Jones collaborated with several critically acclaimed Miami musicians on the record, including Nicole Henry and Locos Por Juana. “I feel like I come into a production with a lot of ideas and therefore the process is a passive one,” he says. “It’s friends helping me to realize a musical idea.” Worthy of note is his new, dynamic live-show format, which will likely showcase the now fuller, tech-savvy side of Jones’ abilities. Thanks to trigger pads that perform the parts of bass and horns, expect a full band sound despite a minimal on-stage presentation that includes Jones, his guitar and a drummer. That and a whole lot of hip shaking for sure.