This season, Miami’s top museums take us on remarkable treks through time and space through virtual tours and exhibitions available to view from the comfort of your home. 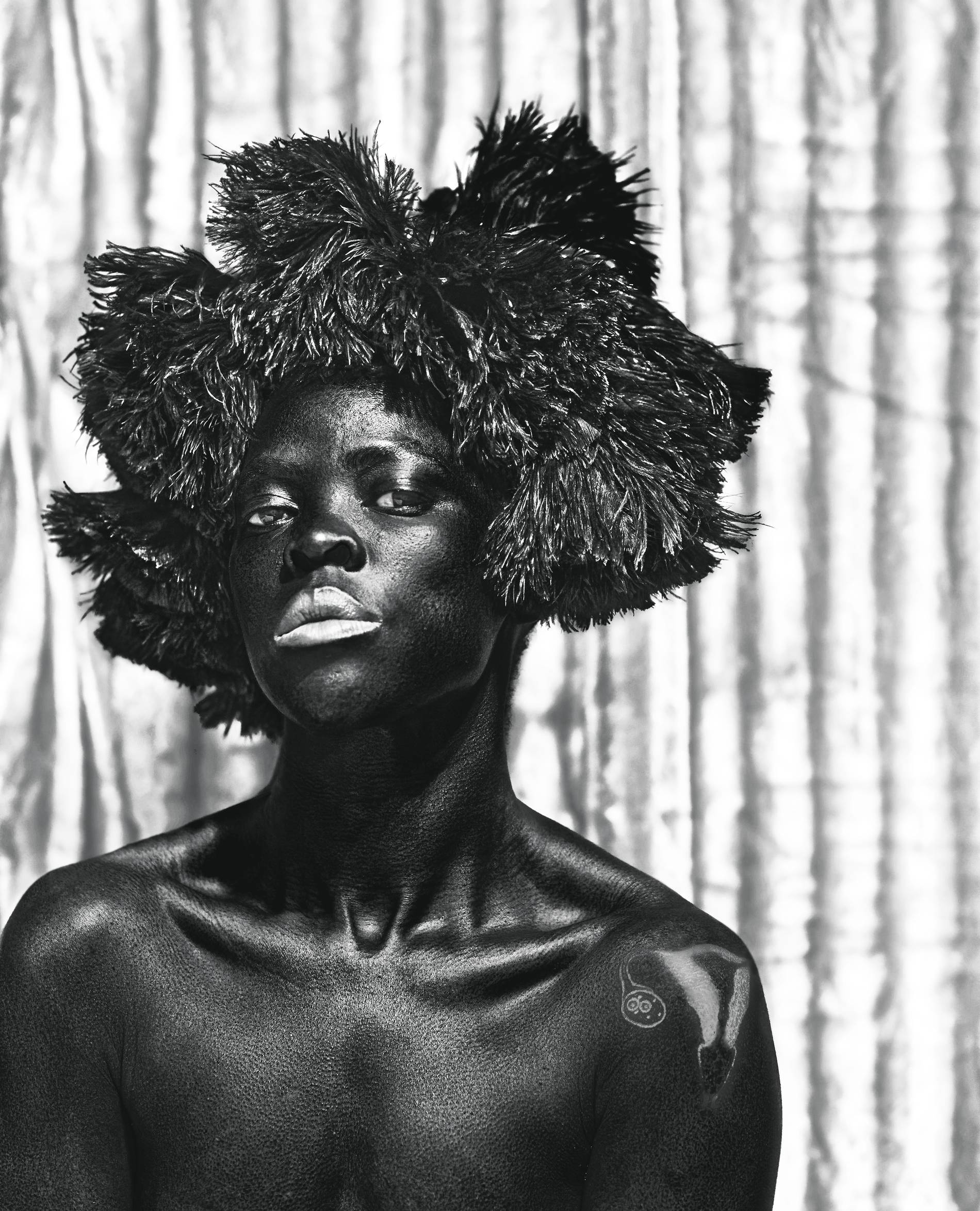 “Faniswa, Sea Point, Cape Town” by Zanele Muholi from the Allied With Power exhibition opening this month at PAMM

When one thinks of Miami’s cultural scene, Art Basel immediately springs to mind. But anyone who’s been here long enough knows that some of the most interesting exhibitions happen in the spring months. From celebrating the life of a legendary handbag designer to an ecological conversation between artists working over a century apart, here are the virtual museum exhibits that need to be on your calendar this month and well into summer. 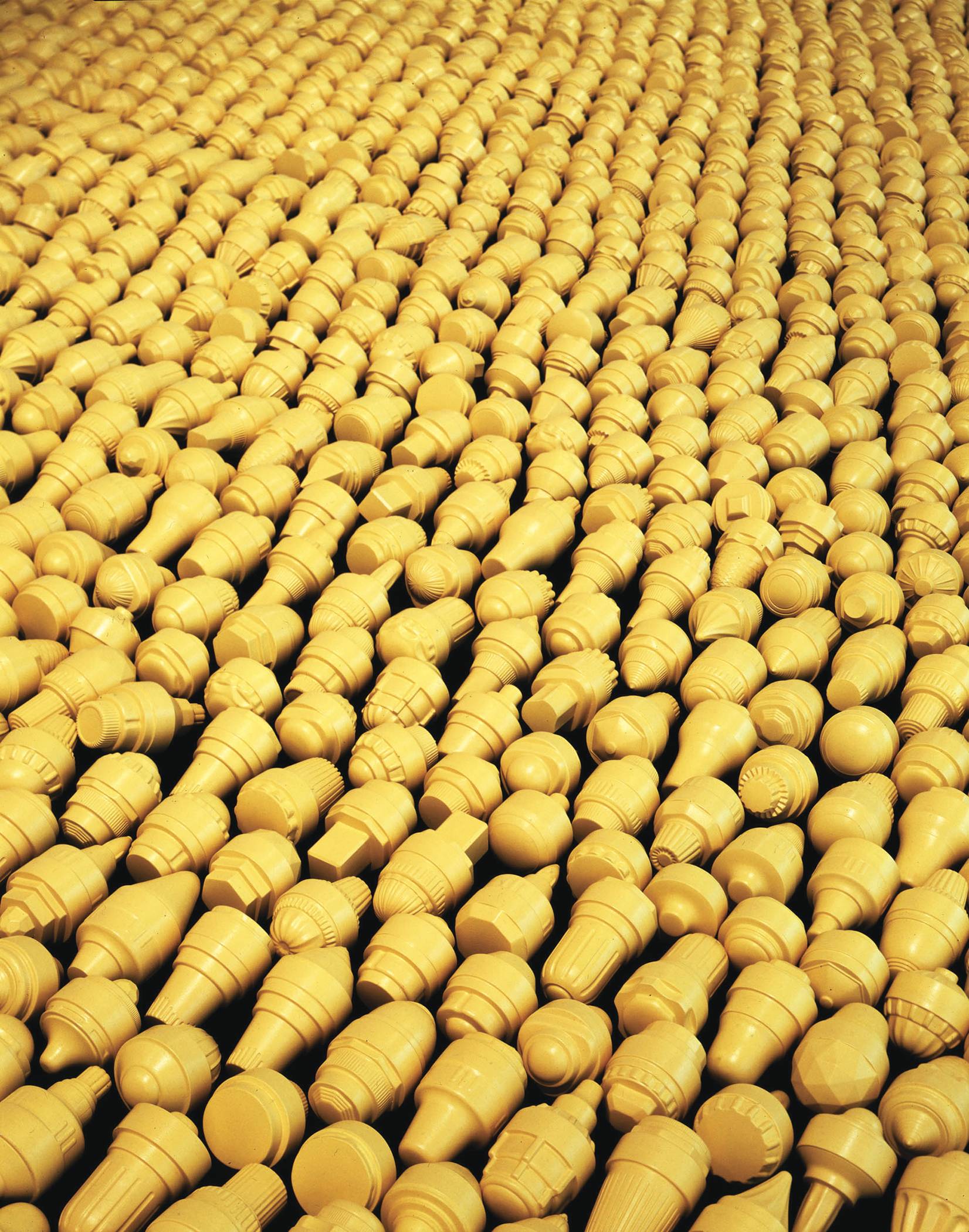 “Over Ten Thousand Individual Works” by Allan McCollum, on view at ICA Miami

ICA Miami has a knack for presenting exhibitions featuring underexposed (and, one can argue, underappreciated) artists. Allan McCollum is one such individual. Case in point: Works Since 1969 is the first American museum exhibition to survey McCollum’s 50-year career and includes a wide range of material, including painting, sculpture and photography, as well as rarely seen early works and large-scale installations. For decades, the L.A.-born New York City transplant has been creating works that explore the ideas of community, identity and place that are created through objects and which often reveal insights about ourselves, our habits and our society as a whole. The show features more than 20 collections of his works, organized chronologically, that explore how items achieve meaning—from the mass-produced, easily attained and often forgotten to more unique and thoughtfully conceived pieces of art. III Points and ICA Miami have partnered to provide assistance to working artists and freelancers experiencing financial uncertainty at this time. Give now to support Miami’s artists who continue to drive the scene to new heights. Through July 19, 61 NE 41st St., Miami, 305.901.5272, icamiami.org 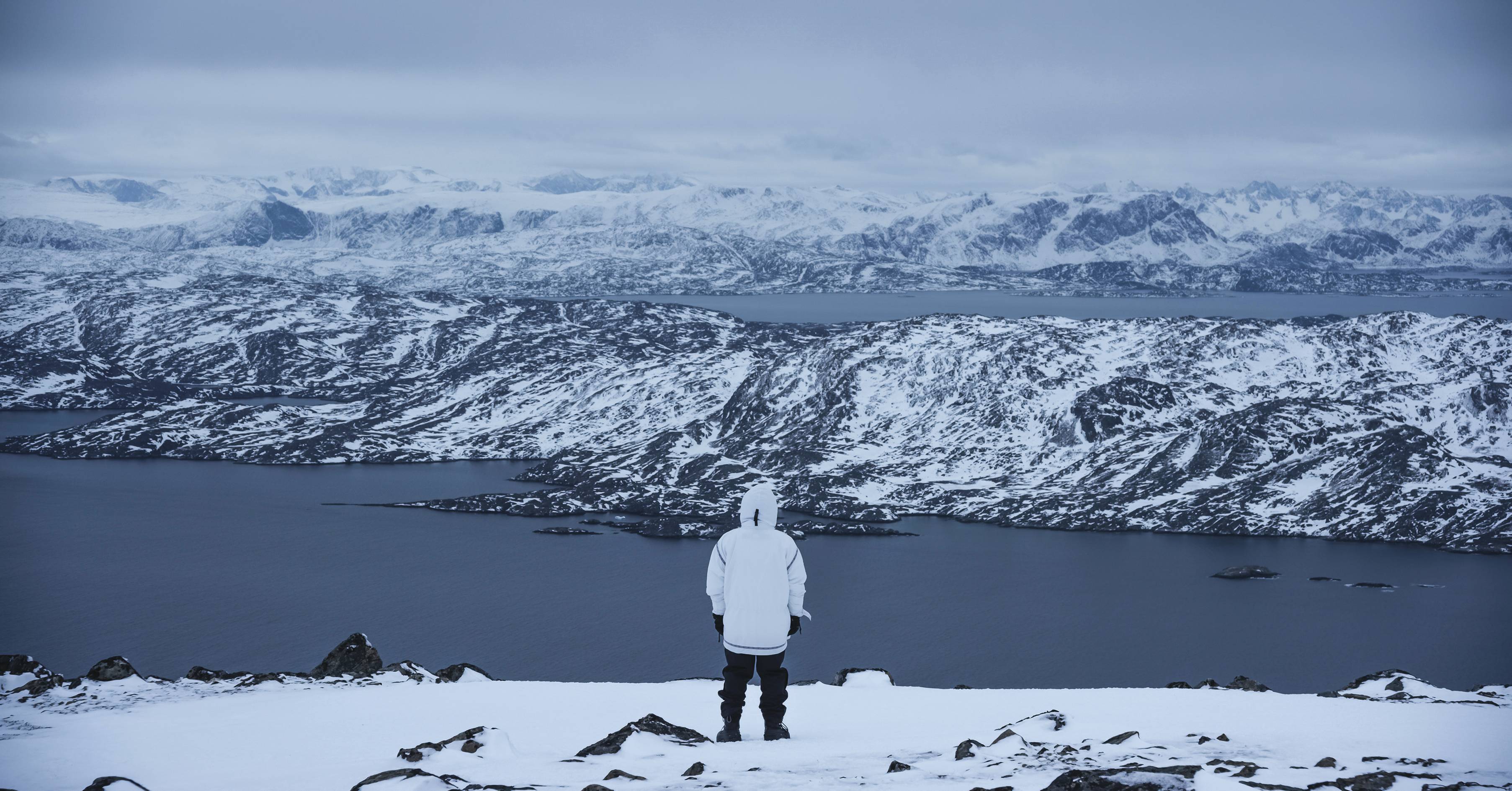 A scene from John Akomfrah’s Purple, a video installation on view at The Bass museum

Rising water levels and air and water pollution in South Florida mean that we’re reminded of climate change daily. Filmed in 10 countries, British writer, filmmaker, artist and philosopher John Akomfrah’s colossal video installation Purple isn’t here to solve climate change, but rather to exploring its effects and the role humans play in the ongoing destruction of our planet. Commissioned by a consortium of five international museums, including ICA Boston (one of many cities highly threatened by climate change), Purple is a six-channel video installation that digitally sequences hundreds of hours of both archival and newly produced videos and images to create an honest depiction of current problems in nature. Projected onto six large screens, these images will be installed with an immersive five-movement symphonic sound score and cloaked entirely, floor to ceiling, in the color purple. The hue was chosen because it represents the coldness of blue and the warmth of red—symbolizing the complexity of living things. Although The Bass is closed at this time, The Virtual Bass includes virtual tours of exhibits, artist interviews and at home art classes. May 6-Aug. 23, 2100 Collins Ave., Miami Beach, 305.673.7530, thebass.org 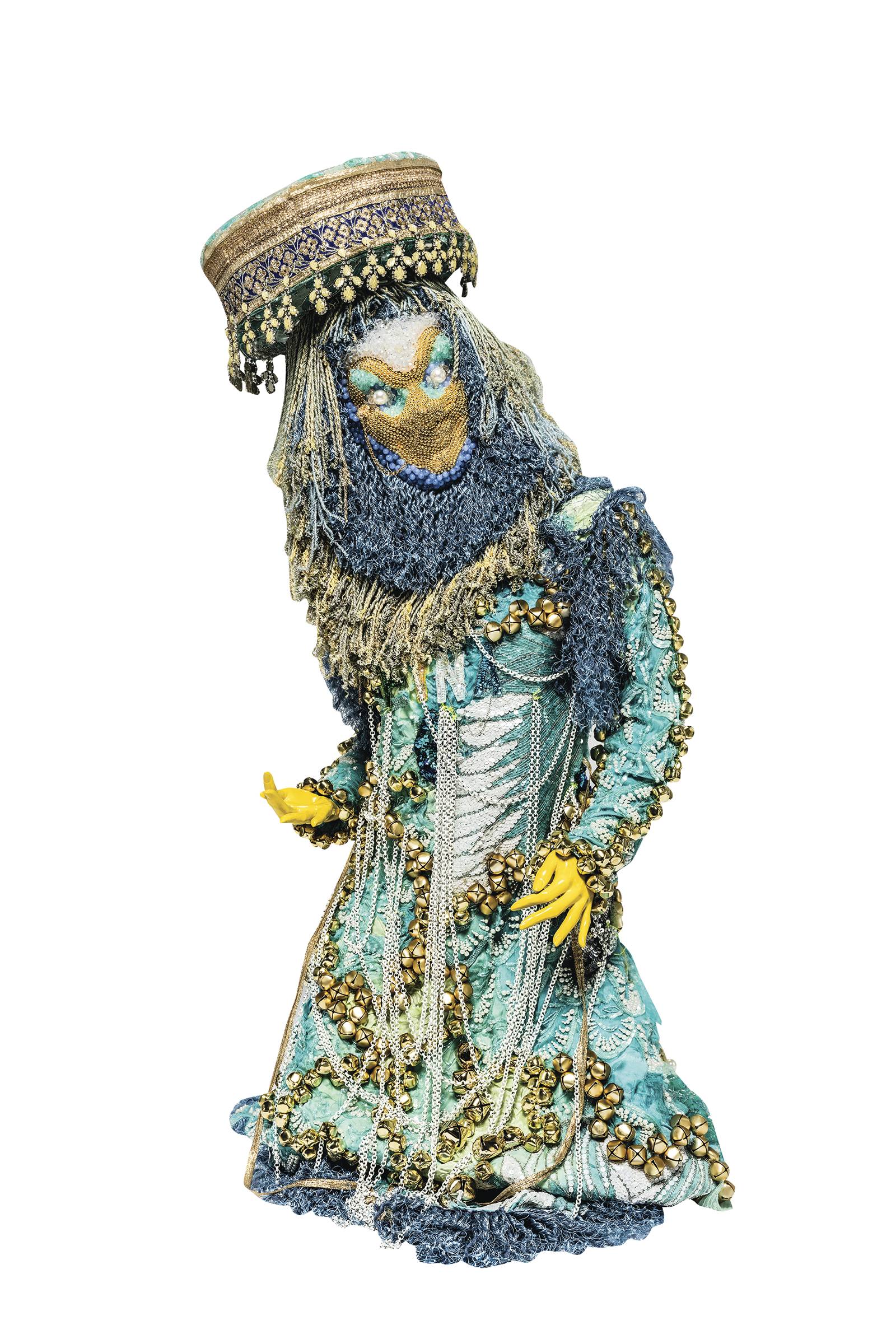 This colorful and seductive show presenting artist Raúl de Nieves’ most comprehensive survey of works to date takes viewers on a voyage from remote Mexico to urban San Francisco and beyond. Inspired by his roots in punk music, devotional ritual and celebratory queerness, the exhibition has representations of de Nieves’ childhood in Michoacan, Mexico (where public religious rituals and private devotional acts include elaborate costuming, performances and theatrical components), as well as by queer punk scenes in San Diego and New York—places where the artist says he found his artistic voice. Elaborate anthropomorphic figures investigate topics like decadence, desire and divinity, as they relate to material, emotional and spiritual realms. A closer look reveals that they are encrusted in beads, crystals, plastic jewels, sequins, cardboard and other readily available items the artist transforms. De Nieves has a ritual-like process of creation whereby he channels other realms to produce his grand creatures, signature stained-glass installations and performances, and in turn takes onlookers on a journey filled with characters from his own unique brand of mythology. Virtually view the exhibition, see photos and more. April 21-July 12, 770 NE 125th St., North Miami, 305.893.6211, mocanomi.org 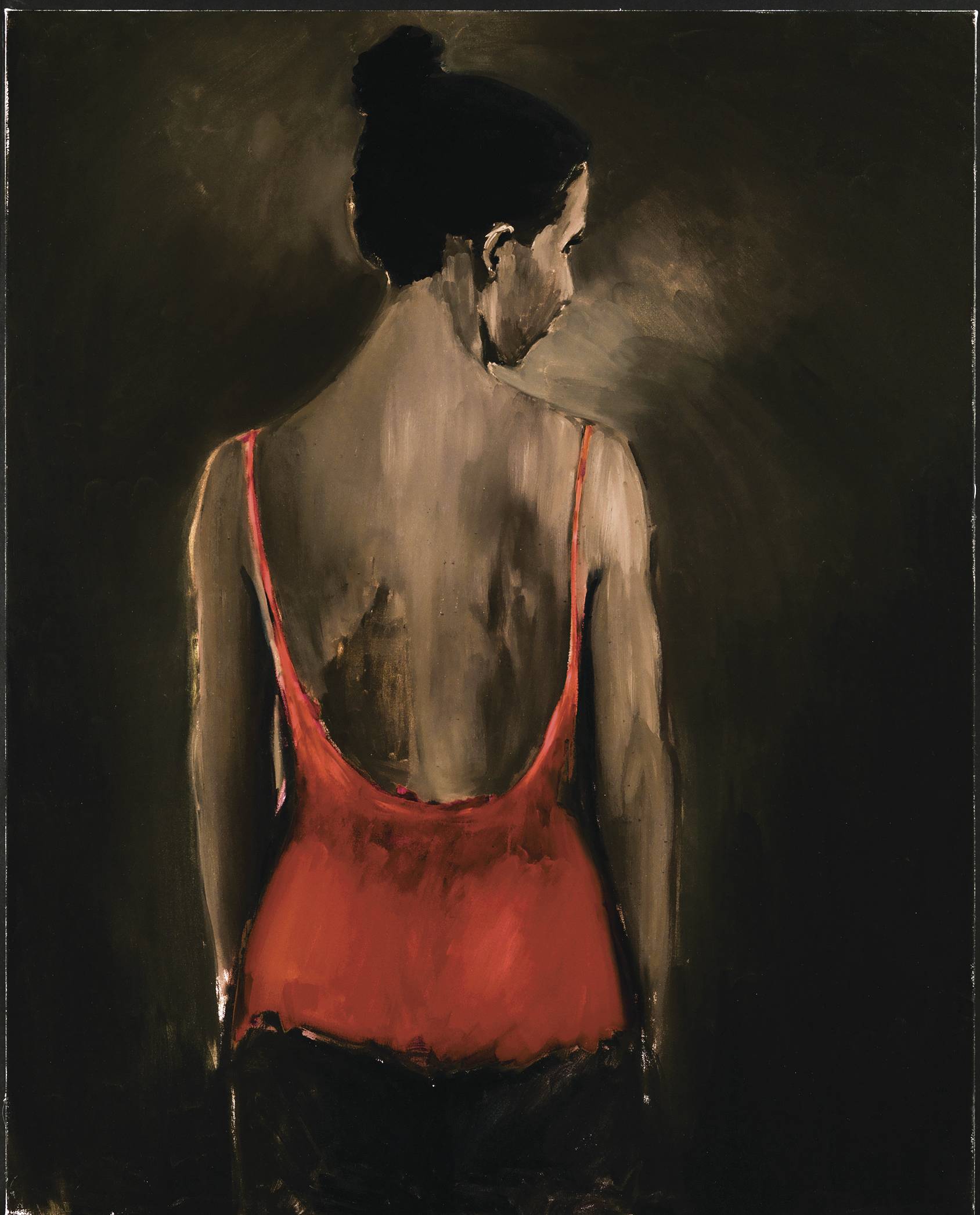 Spring is a fertile time for PAMM, culturally speaking, and this year is no different as the museum brings two important exhibitions to fruition, both of which highlight the talents of artists of African heritage. Drawn from namesake and benefactor Jorge Pérez’s collection, Allied With Power is inspired by Pérez’s upbringing in a number of Latin American countries, when he began collecting the work of Cuban and Afro-Latino artists. The exhibition shows the result of these years of exploration and focuses on artists whose works symbolize the possibilities and complexities we face today, while highlighting a wide range of practices and thematics, including abstraction, representation, politics, spirituality and race. From the Joyner/Giuffrida Collection, Solidary & Solitary highlights the pivotal role artists of African descent have played in the discourse of abstract art from the 1940s to the present, and includes the names of the individuals most associated with that dialogue, Norman Lewis, Sam Gilliam and Glenn Ligon among them. Check out PAMM's Digital Museum on their website and explore how they are continuing to serve the community by staying “open” online. April 24-July 26, 1103 Biscayne Blvd., Miami, 305.375.3000, pamm.org 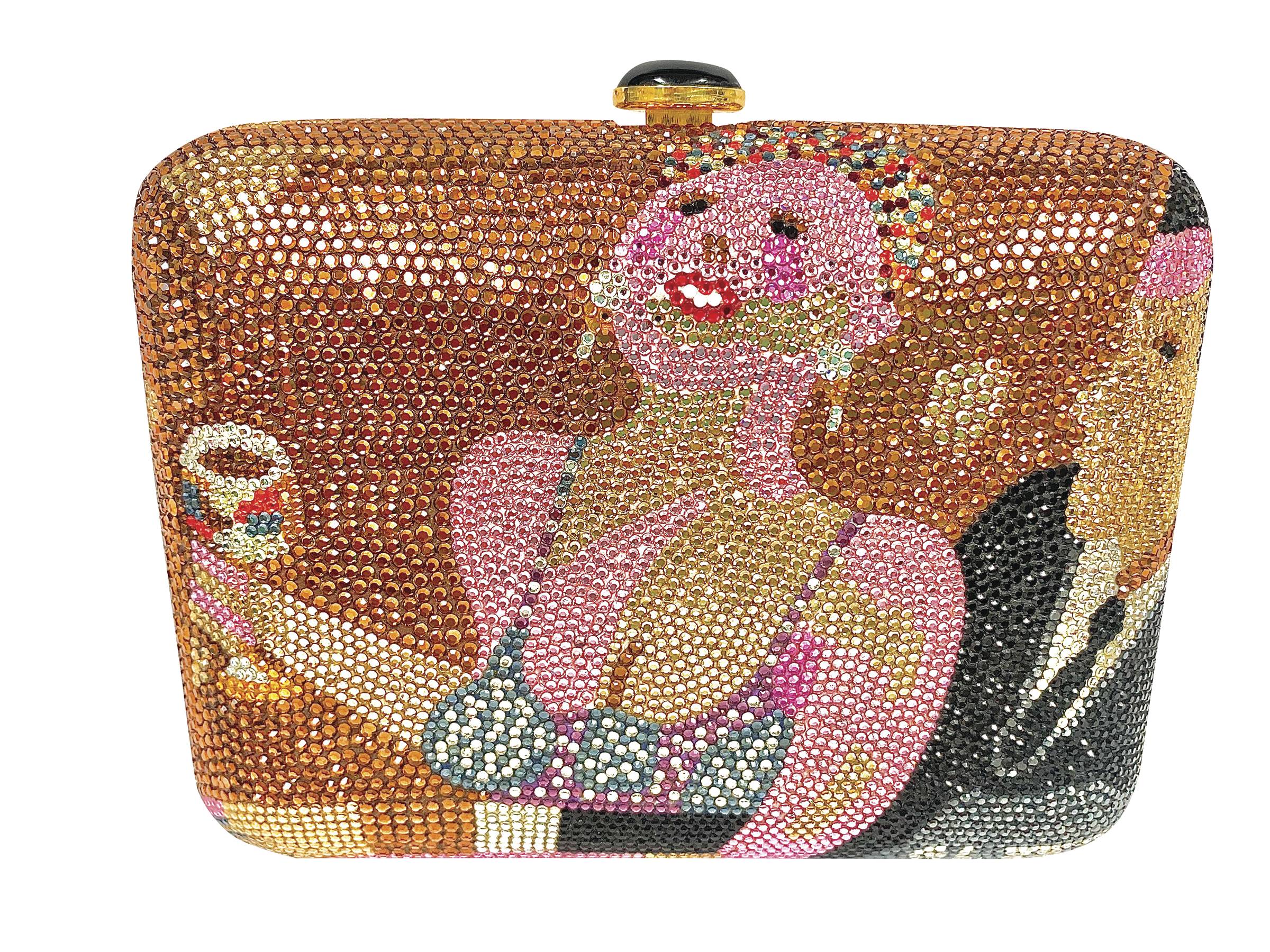 Vintage minaudières by Judith Leiber, on view at the Jewish Museum of Florida-FIU

Judith Leiber’s unmistakable encrusted bags have been worn by just about every first lady since Mamie Eisenhower, and her sparkly wonders have adorned the arms of celebrities like Madonna, Beyoncé, Katie Perry, Sarah Jessica Parker and Jennifer Lopez. Leiber’s innovative style is immortalized by her beloved animal and food-themed minaudières. Bold, bright, crystal-covered animals, desserts and produce are among the quirky designs that have graced the arms of royals, socialites and fashionistas for decades. Now, Judith Leiber: Master Craftsman is putting the designer’s talent on display. Executive Director Susan Gladstone and curator Jacqueline Goldstein worked with the Leiber Collection to curate the show, borrowing bags from the collections of some of South Florida’s most fashionable and philanthropic women. Alongside photographs of Leiber and her work, the ornately beaded bags on display date back to her first designs in the 1960s through 1993, when she sold her company to a private equity firm and later retired in 1998. In an effort to bring the community together, Jewish Museum of Florida-FIU staff has compiled a list of virtual resources and events hosted by community partners and institutions across Florida and the country. Find access to virtual lectures, book talks, cooking classes, discussions and more on their website. Through Sept. 20, 301 Washington Ave., Miami Beach, 305.672.5044, jmof.fiu.edu 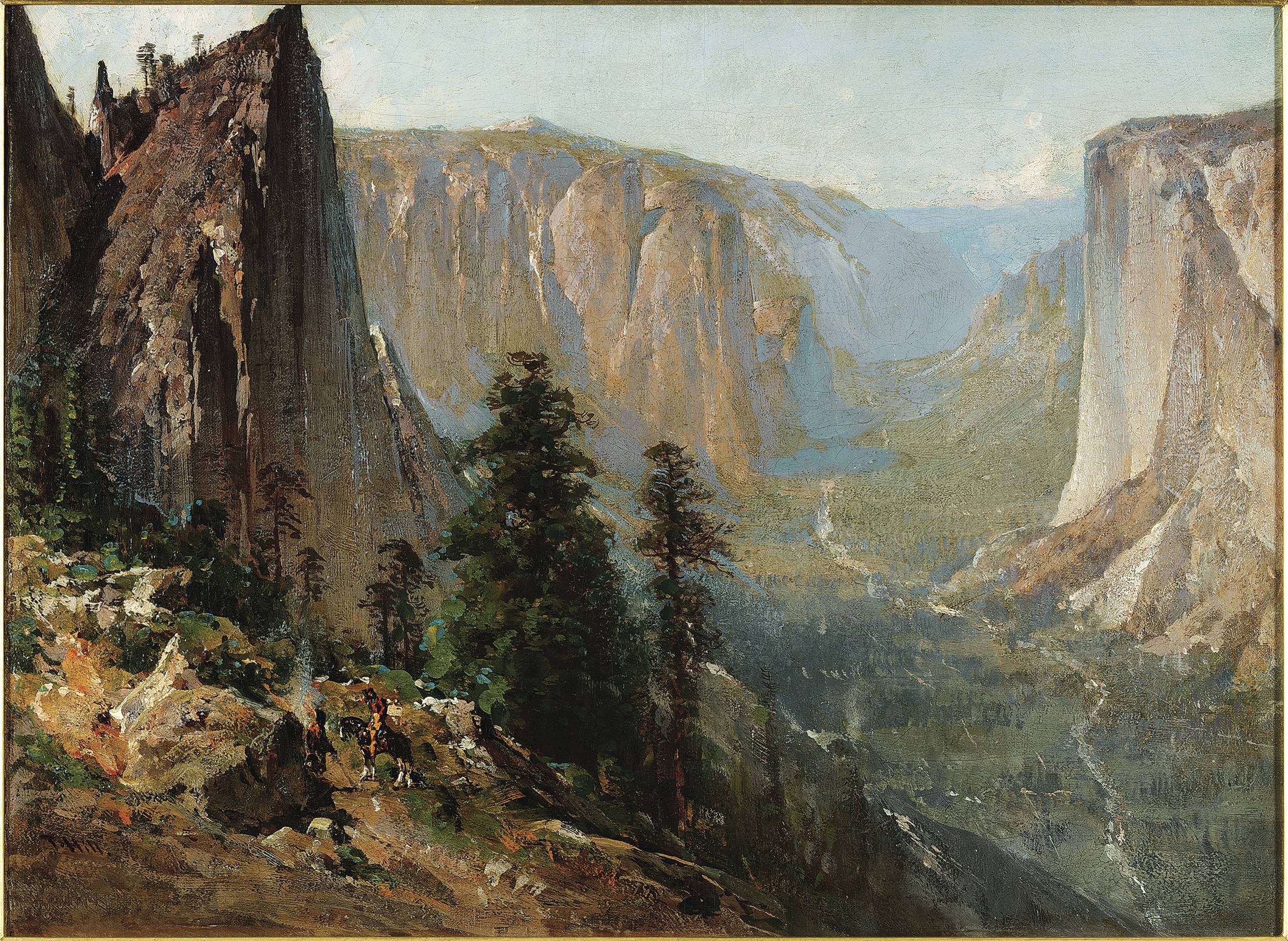 “View of Yosemite” by Thomas Hill, on view at Frost Art Museum

Suckers for good distraction, Miamians love bright lights, colorful objects and instagrammable moments, but we don’t have much access to American masterpieces. There’s a disconnect between the founders of the American art scene and our current state of artistic affairs. One area curator wants you to think beyond what might appear to be a traditional oil painting and appreciate the historical movement (and statement) traditional American art speaks to. Transitional Nature features 29 paintings from the New York collection of David and Laura Grey, and includes masterpieces by Albert Bierstadt, Robert S. Duncanson, Asher B. Durand and George Inness. Paintings of beautiful nature landscapes aside, the pieces allow for a deep dive into topics that are still very relevant today, including the preservation of nature. The classic artworks created by America’s first-ever arts movement are juxtaposed with pieces from contemporary artists whose works also speak to topics like ecology and environmentalism. The museum will be updating their websites to include virtual tours of art exhibitions, videos, and ways to view and learn from permanent collections. Through May 17, 10975 SW 17th St., Miami, 305.348.2890, frost.fiu.edu

Photography by: courtesy of the museums