After winning Miami over with Zuma and Coya, restaurateur Arjun Waney takes the Japanese and Peruvian flavors that made those establishments instant hot spots and reinvents them at DÔA. 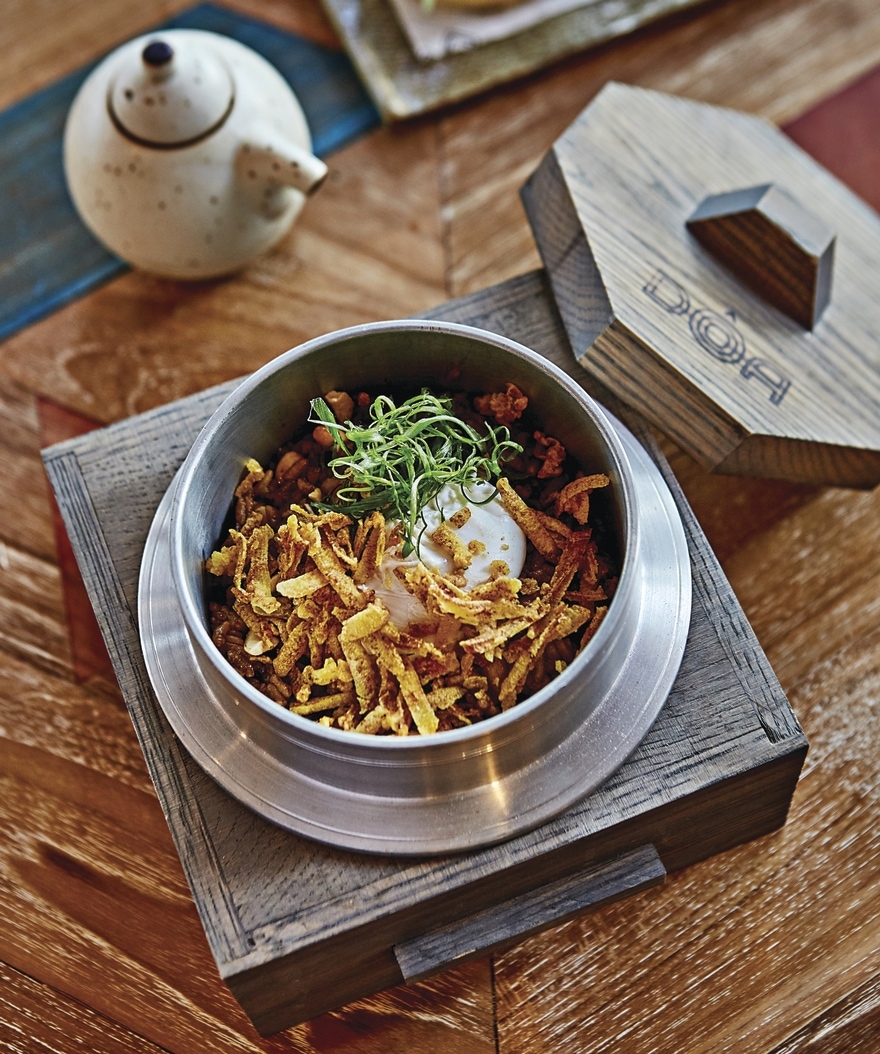 Arjun Waney has clearly done the math. The restaurateur originally behind the Japanese Zuma and the high-end Peruvian establishment Coya has taken the best of both of those countries’ cuisines and added them to create his latest entry on the dining scene, DÔA in Miami Beach. The equation is one-half Zuma’s minimalist decor and late-night vibe, one-half Coya’s mixology-and-music methodology. From both, Waney has retained the optional sharing plates and brunches that patrons adore, as well as the clever, two-syllable name that ends, like the others, in an “A” and is easy to recall. (DÔA means “the door” in Japanese). The only subtraction? His go-to Downtown/Brickell region. Instead, he’s opted for South Beach. The result is that DÔA is a successful sum of all its parts: a chic, multisensory locale on Collins Avenue where guests can enjoy an assortment of small and large plates, seasonal cocktails, and DJs and live entertainment from sunset to sunrise. And we mean that literally—the place is open from 5pm to 5am weekdays and noon to 5am on weekends.

Designed by Richard Saunders of Sagrada Studio, DÔA is 5,200 square feet of unobtrusive colors, highlighted by a splash of orange here and there—mostly noticeable via the awnings that shade the outdoor seating. The most striking feature is the actual dimension of the space, which is subtly divided around a central island bar into a dining room, lounge, DJ booth, sushi counter and multistation open kitchen that runs almost the length of the restaurant. The other notable element: framed, bespoke prints of Kate Moss, which, the management confided during one visit, cost $18,000 each.

As for the fare, Waney and his team have labeled it “LatAsian” cuisine, a fusion that both showcases and takes nikkei and chifa (Japanese- and Chinese-influenced Latin American dishes) one step further. For instance, while DÔA does offer a traditional leche de tigre ceviche made with sweet potato, shaved red onion and fish of the day; a nikkei ceviche with yellowfin tuna, avocado, cucumber, a tangle of crisp rice noodles and bonito flakes in the smoky ponzu; and a small variety of classic tiraditos and sashimi, South Florida native chef Carlos Estarita also combines these dishes into fusion items. Having trained with Lima-based celebrity chef James Berckemeyer—who has cooked at the United Nations, run the kitchen at Coya and worked as part of the debut team at Zuma—Estarita has both the confidence and skill to pull off something like the DÔA ceviche roll. While the description of it—fish of the day, poached prawn and leche de tigre mayo—may sound somewhat blasé, the reality is a lot tastier and more attractive. The shrimp is wrapped within the seaweed and rice; the fish of the day—usually striped bass—shadows the exterior; and the citrusy red onion-spiked mayonnaise, drizzled over the whole, ties the elements together with an unctuous touch.