“We wanted to blend the uberchic Côte d’Azur lifestyle with tropical, hip Miami,” says developer Ricardo Tabet (owner and CEO of Optimum Development) about the initial vision for Monaco Yacht Club & Residences, a 12-story boutique building at 6800 Indian Creek Drive scheduled for completion in early 2021. And although the property is named after one of the wealthiest ZIP codes on the planet, Tabet—a former investment banker—and his team were hyperfocused on creating value for buyers. 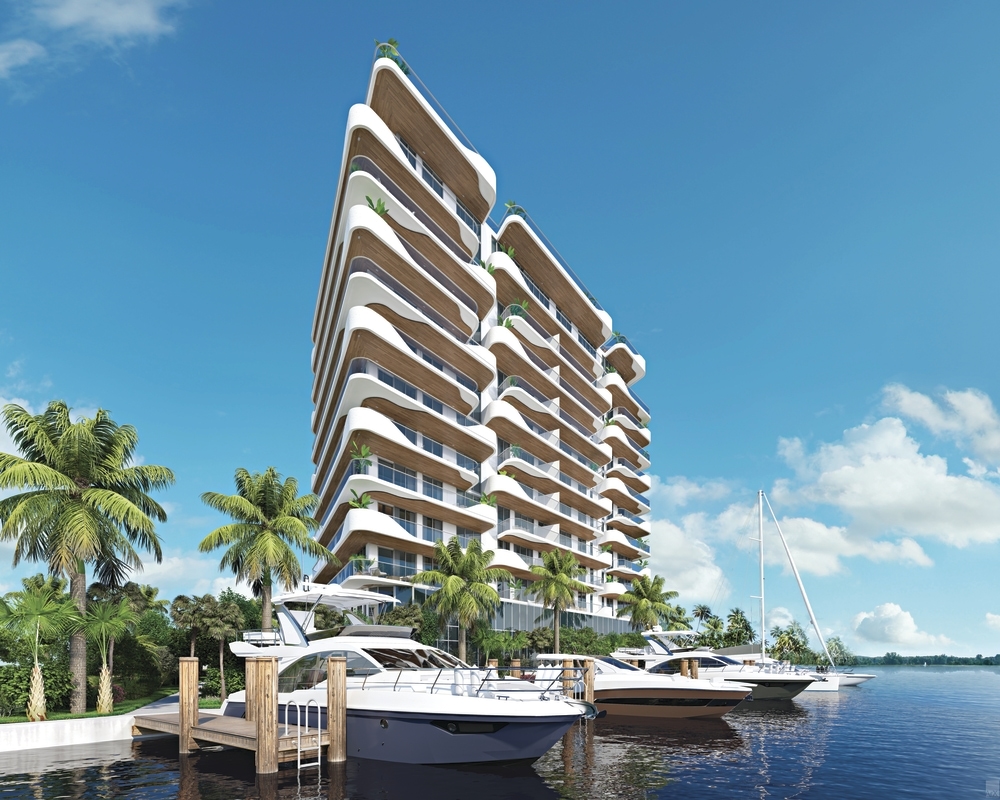 Celebrated Italian architect and designer Piero Lissoni and Arquitectonica realized Optimum’s concept. “We designed the building from the inside out,” explains Tabet. “Every sightline has direct water views.” Monaco’s 39 residences, which start at $1.1 million for approximately 918 square feet, range from one to four bedrooms. Also being offered are two half-floor penthouses with 180-degree views (these can easily be combined), along with a 2,200-square-foot three-bedroom “beach house” unit that walks directly out to the marina. 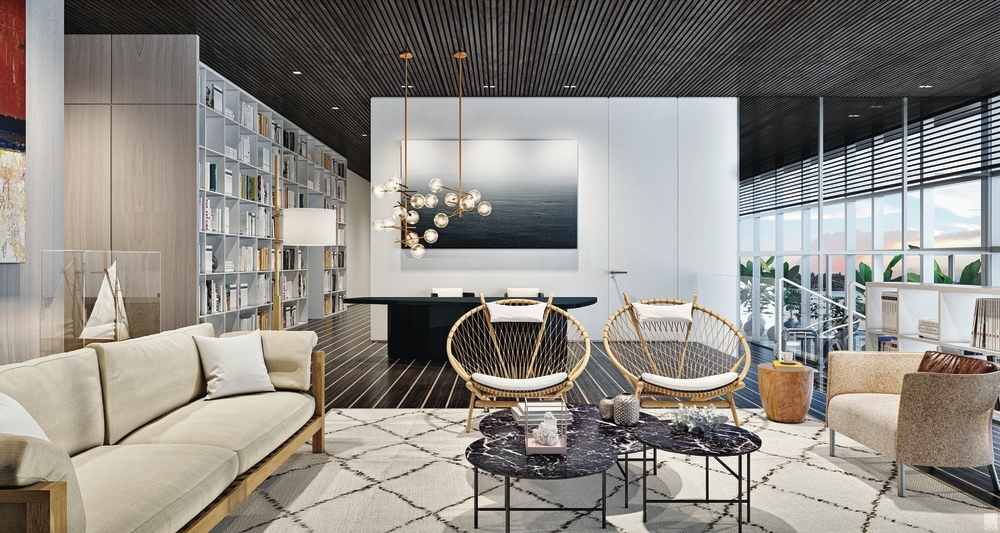 The property’s lobby will boast floor-to-ceiling windows framing the Intracoastal.

As Lissoni also designs for many illustrious Italian brands, many of his creations are found inside, from the bathroom faucets to the Boffi kitchen cabinets, and every unit also offers a private foyer and expansive terrace with a summer kitchen. Outside their doors, residents have 12 slips, a launch for paddleboarders, a marina walkway for yoga and even a yacht concierge who handles everything from water taxi arrangements to provisioning. After all, living la dolce vita demands such indulgences. Interim sales center, 846 Lincoln Road, 3rd Floor, Miami Beach, 305.749.9126, monacoyachtclubresidences.com