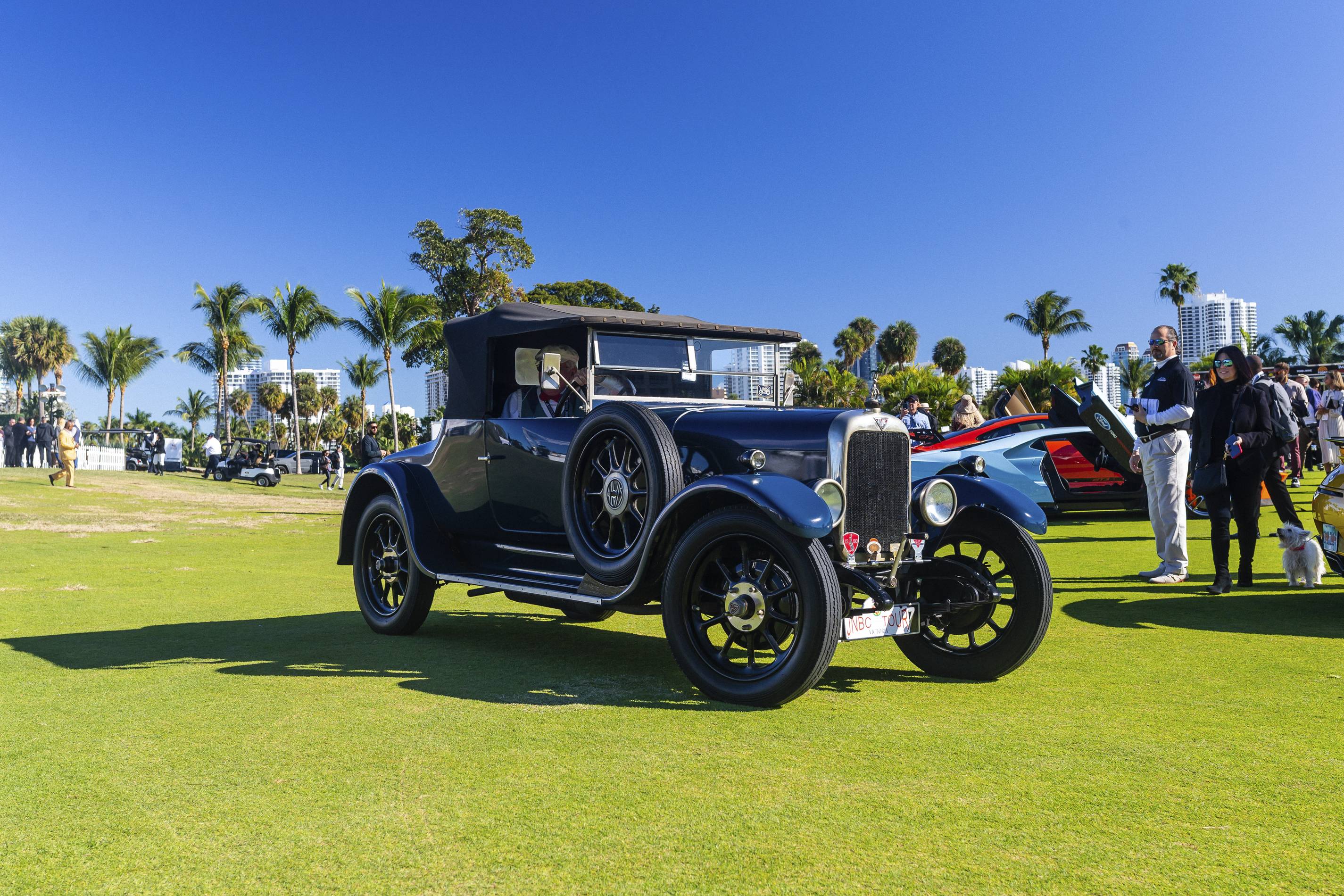 Motorcar Cavalcade, the lavish, must-attend event for every automobile enthusiast from connoisseur to car-curious, has announced its preliminary lineup of celebrity judges and a sneak peek into the vibrant collection of automobiles to be showcased, ranging from iconic vintage classics to awe-inspiring modern exotics, some of which have never been displayed at any Concours d'Elegance.

The event will be held on the lush fairway of the JW Marriott Turnberry Resort's championship golf course in Aventura, Miami, on Jan. 15. The event, it's now in its second year. 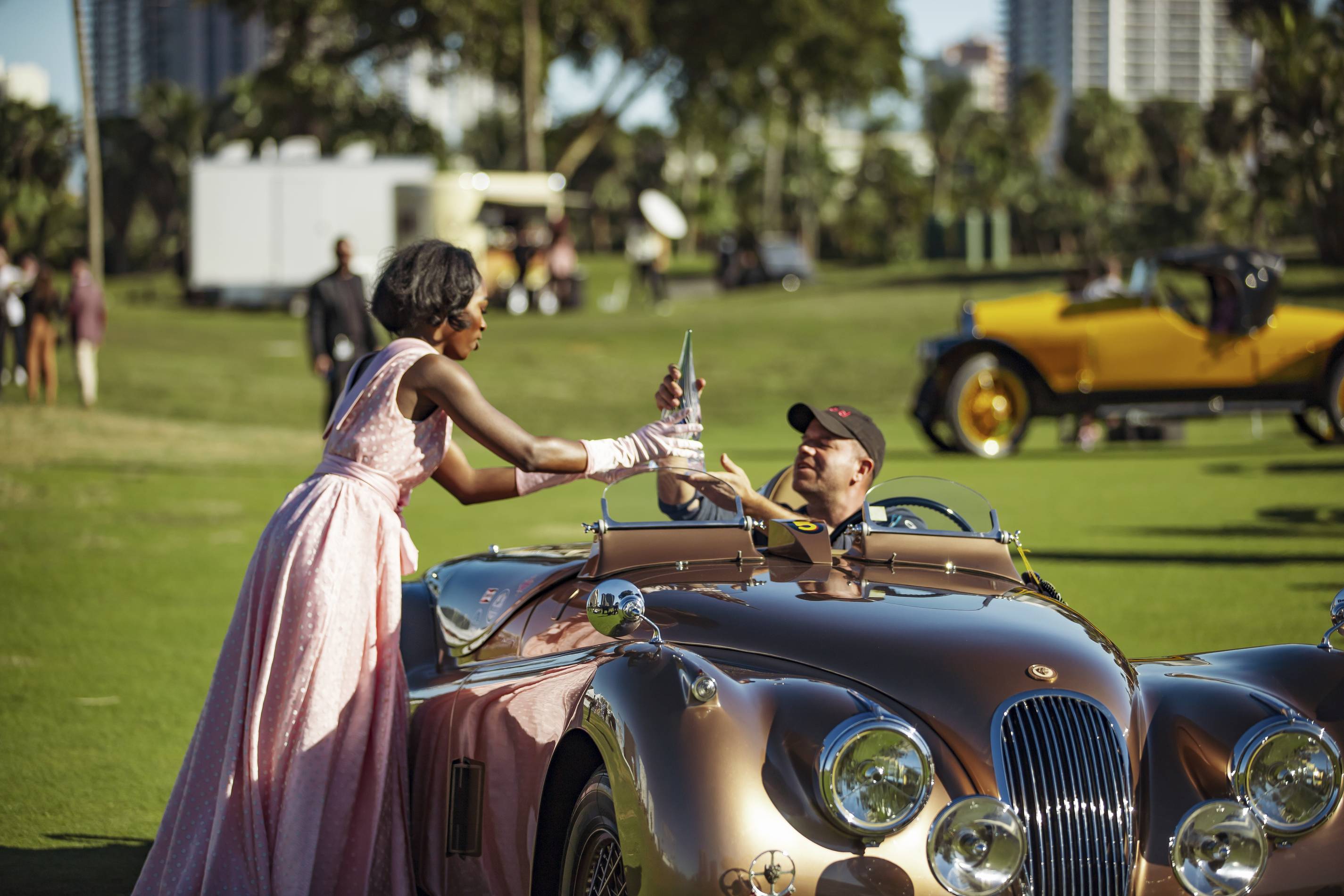 The Motorcar Cavalcade judging panel combines automotive experts with VIP celebrities and sports stars in an entertaining and subjective evaluation, a departure from the standard Concours shows worldwide. The unique aspect of this Concours is that both classic and modern vehicles compete in the same classes. To win the trophy, contestants compete in one of 16 unusual classes: Dashboards, Doors, Tails, Sound, and Engine.

Some of the world's leading automotive figures, including Motorsports Hall of Fame racing legends Lyn St. James and Tommy Kendall, will serve as judges for this event. Other notable judges include former Miami Heat basketball player Alonzo Mourning, auction house Phillips Watches' Head of Americas Paul Boutros, and General Motors Designer Wayne Kady, to name a few. Heidi Mraz, an internationally renowned automobile artist whose work is owned by some of the world's most prestigious auto brands, museums, and private collectors, will also serve on the VIP judging panel. At Motorcar Cavalcade, Mraz's fine paintings will be displayed. The acclaimed award-winning artist, Wyclef Jean will now serve as a guest judge in the Sound category. 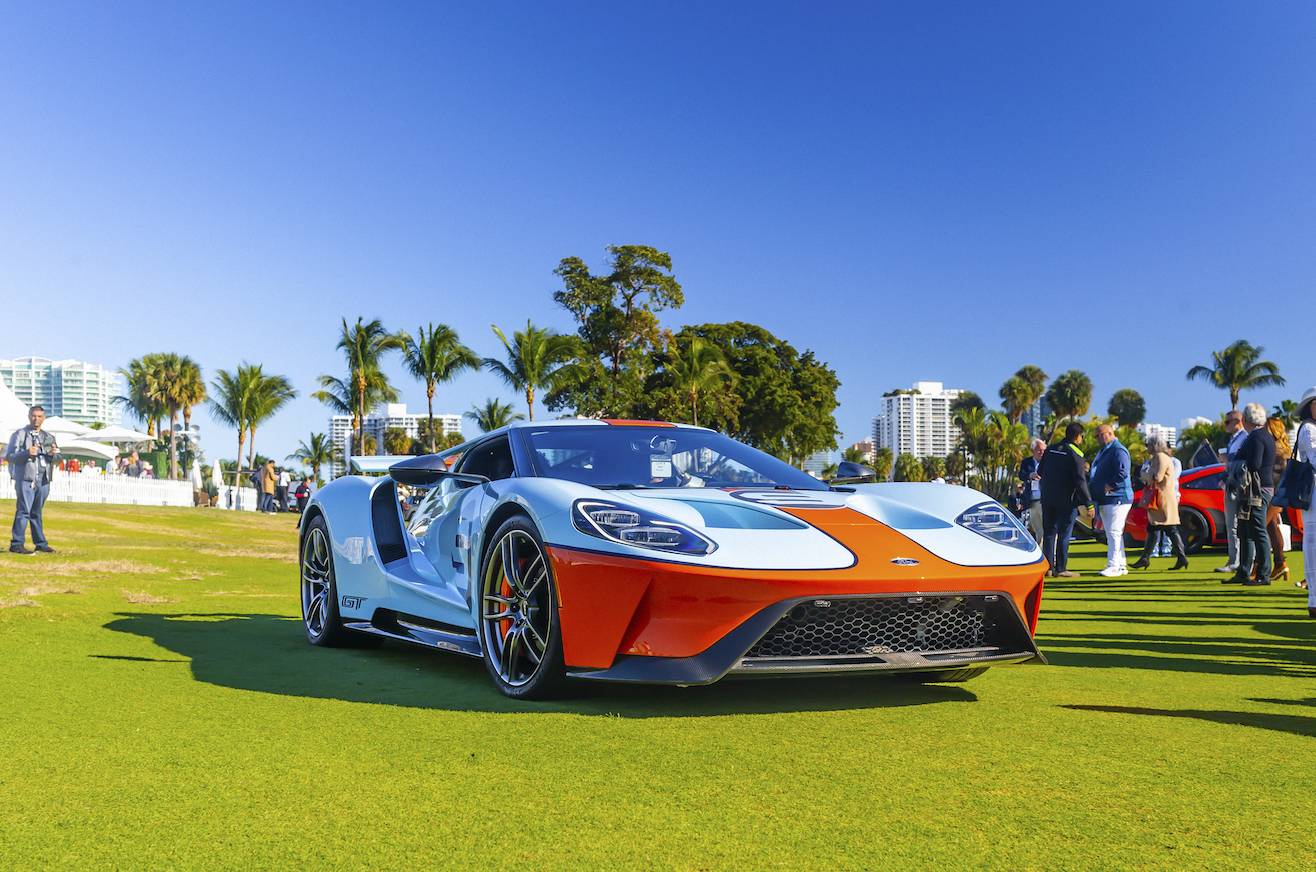 "This year's Motorcar Cavalcade will be nothing short of incredible," said Jason Wenig, Motorcar Cavalcade Co-Executive Director. "We have a lineup of cars never-before-seen in South Florida and are thrilled to have our esteemed judges, including former female race car driver Lyn St. James involved in the Concours." 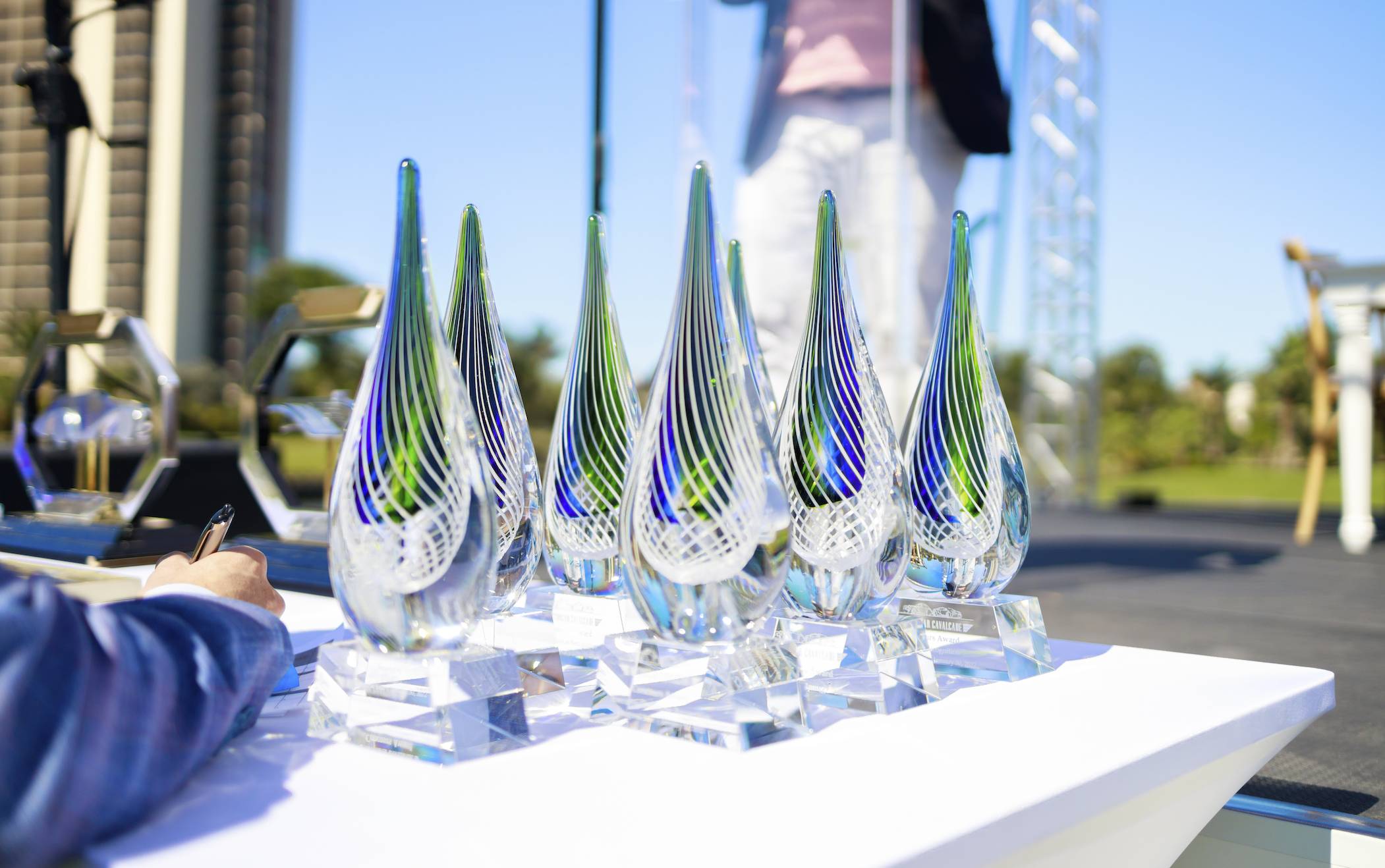 St. James will be honored at the Saturday Car Rally and will lead the procession. She will also participate in a "Fireside Chat" during the event to discuss women in motorsports and leadership roles in the automotive industry and beyond. 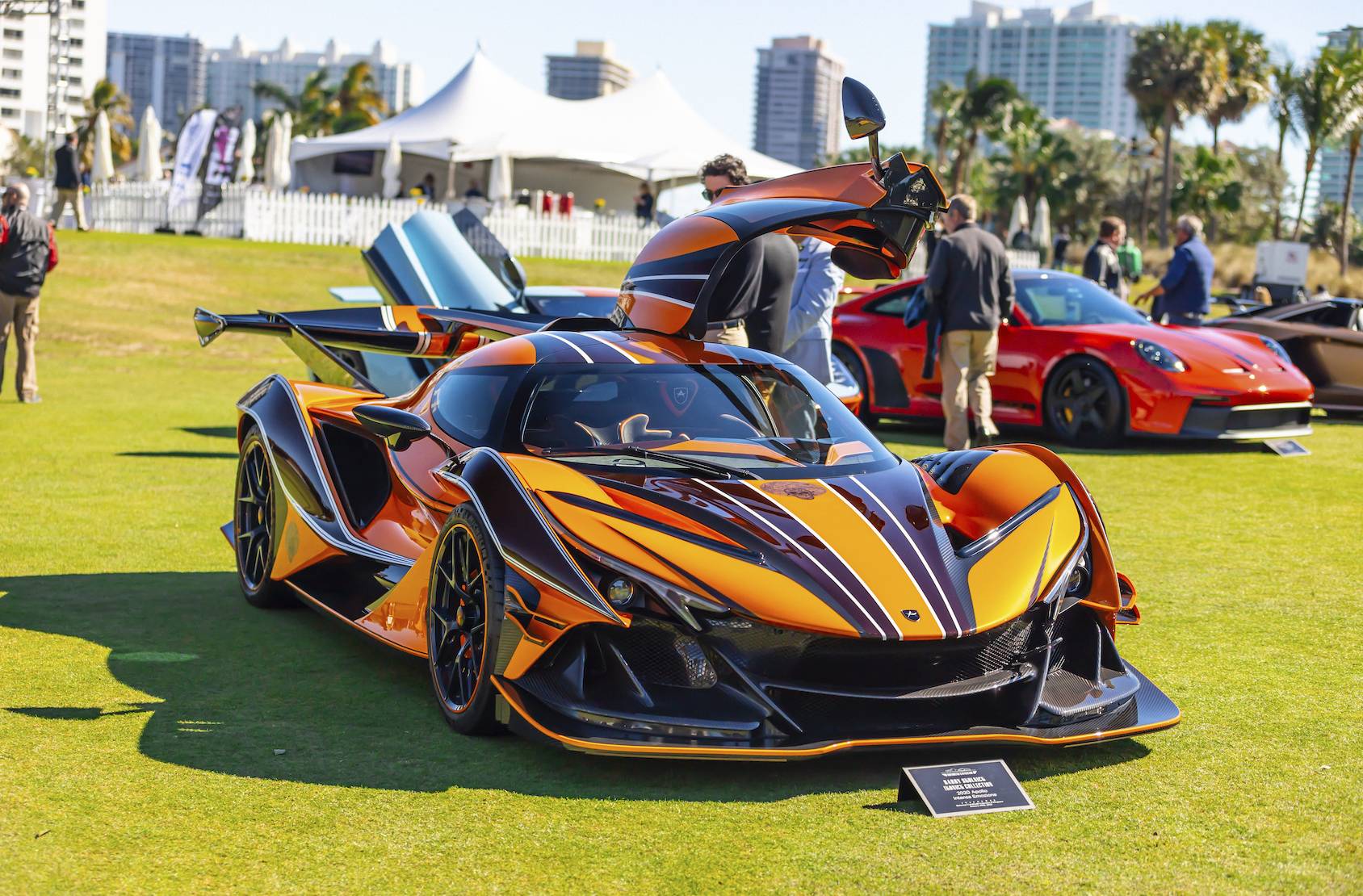 The extremely rare yet distinctly recognizable 1961 Ferrari 250 GT California Spyder used in the 1986 film Ferris Bueller's Day Off, brought to the show by Hagerty, adds an exciting Hollywood touch to this year's highly anticipated Concours. Laurent-Perrier will also display their pink 1968 Citroen DS, aptly named "Bubbles," which coincides with the year the champagne house launched their Cuvée Rosé. As an event sponsor, Laurent-Perrier will host a lounge serving the brand's fine champagne. The other sponsors are Warren Henry Auto Group, Regent Cruises, Fraser Yachts, Hennessey Performance Engineering, and Hagerty. Hennessey will debut with its new Venom 5 Roadster, a bespoke hypercar engineered to exceed 300 mph as the world's most exhilarating open-air driving experience. 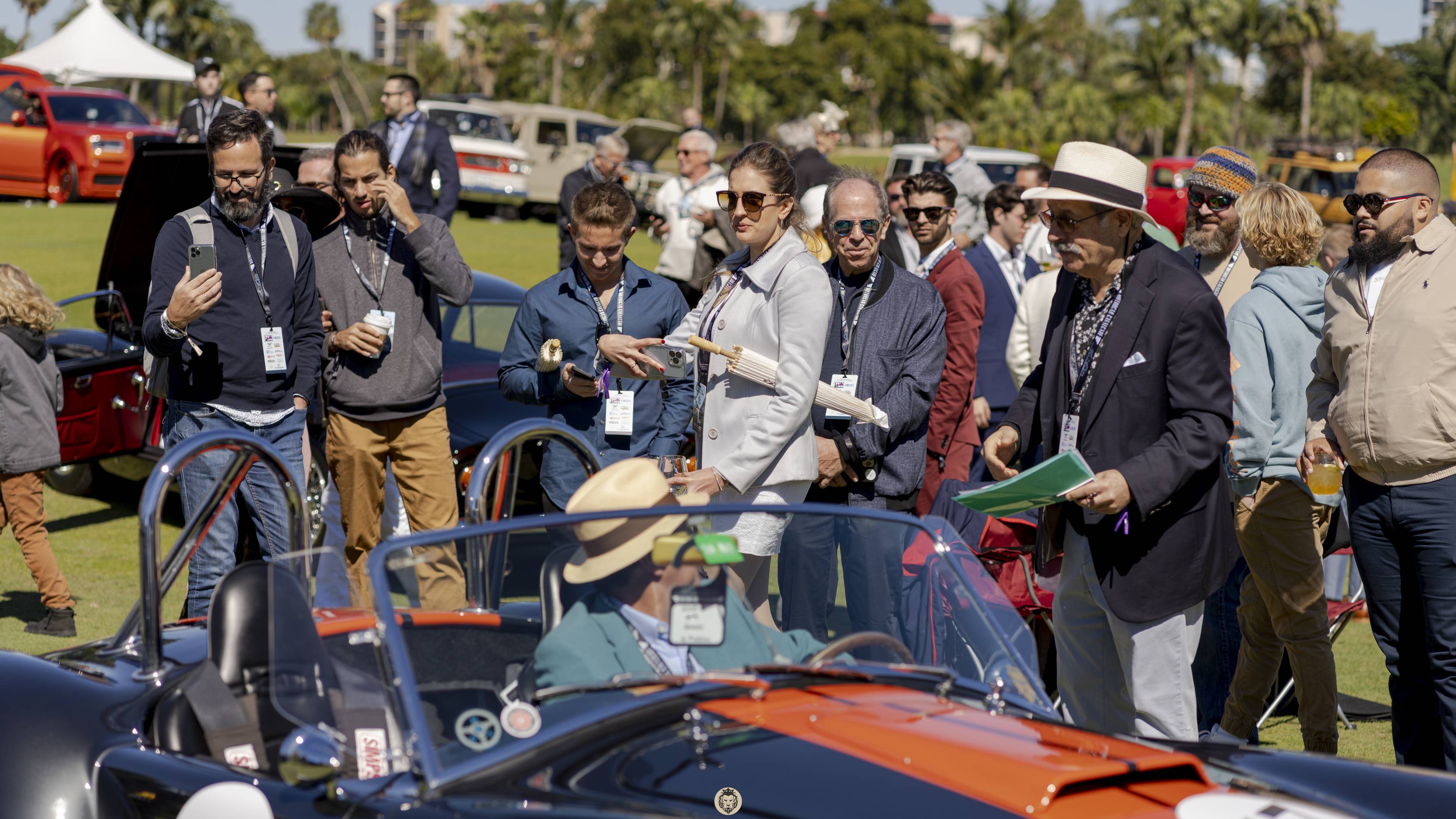 Elo, a British former fashion model who is a passionate car lover and collector, and the owner/founder of Supercar Rooms will host an exhibition of a car from each decade since the 1930s, complete with top fashion models dressed in period attire and an on-site fashion photoshoot by Marc Baptiste.

The complete list of Motorcar Cavalcade vehicles will be announced closer to the event, with this year's impressive collection of cars expected to closely align with the caliber of winning vehicles from last year's show, such as the 1921 Kissel Gold Bug (Executive Committee Award), a 1934 Bugatti Type 57 Cabriolet (Docent Judge & Cockpit Award), a 1961 Ferrari 250 GT Cabriolet (ALZ Sponsor Award), and the 1933 Rolls Royce Phantom II (Best in Show - Classic & Lights Award). The 2020 Apollo IE (Paint Award), the 2020 Koenigsegg Regera (Finish Award), and the 2021 Pagani Huayra Roadster BC were among the modern marvels on display (Best in Show – Modern & Mirrors Awards). 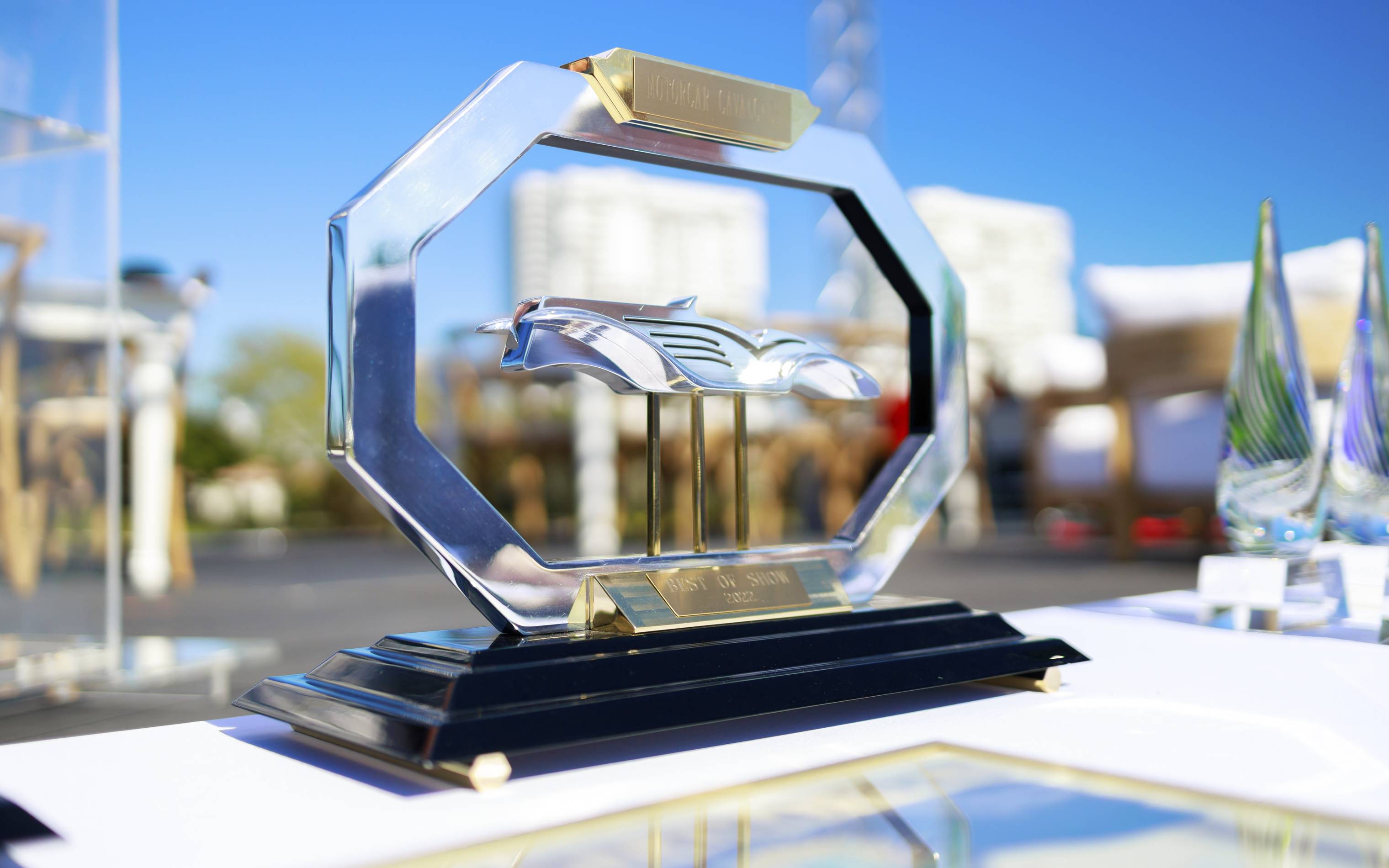 The Motorcar Cavalcade begins on Jan. 14 with a Speed & Style Rally. During this driving tour, participants can take their vehicles for a spin as part of an award-winning event. A Cavalcade of Cars will take up to 40 thoroughbred cars and their passengers on a magnificent sightseeing journey through Miami, with stops at exclusive venues along the way, allowing onlookers to witness the beauty and majesty of a Cavalcade of Cars. The tour concludes in grand style with an intimate brunch at the prestigious Bentley Residences. 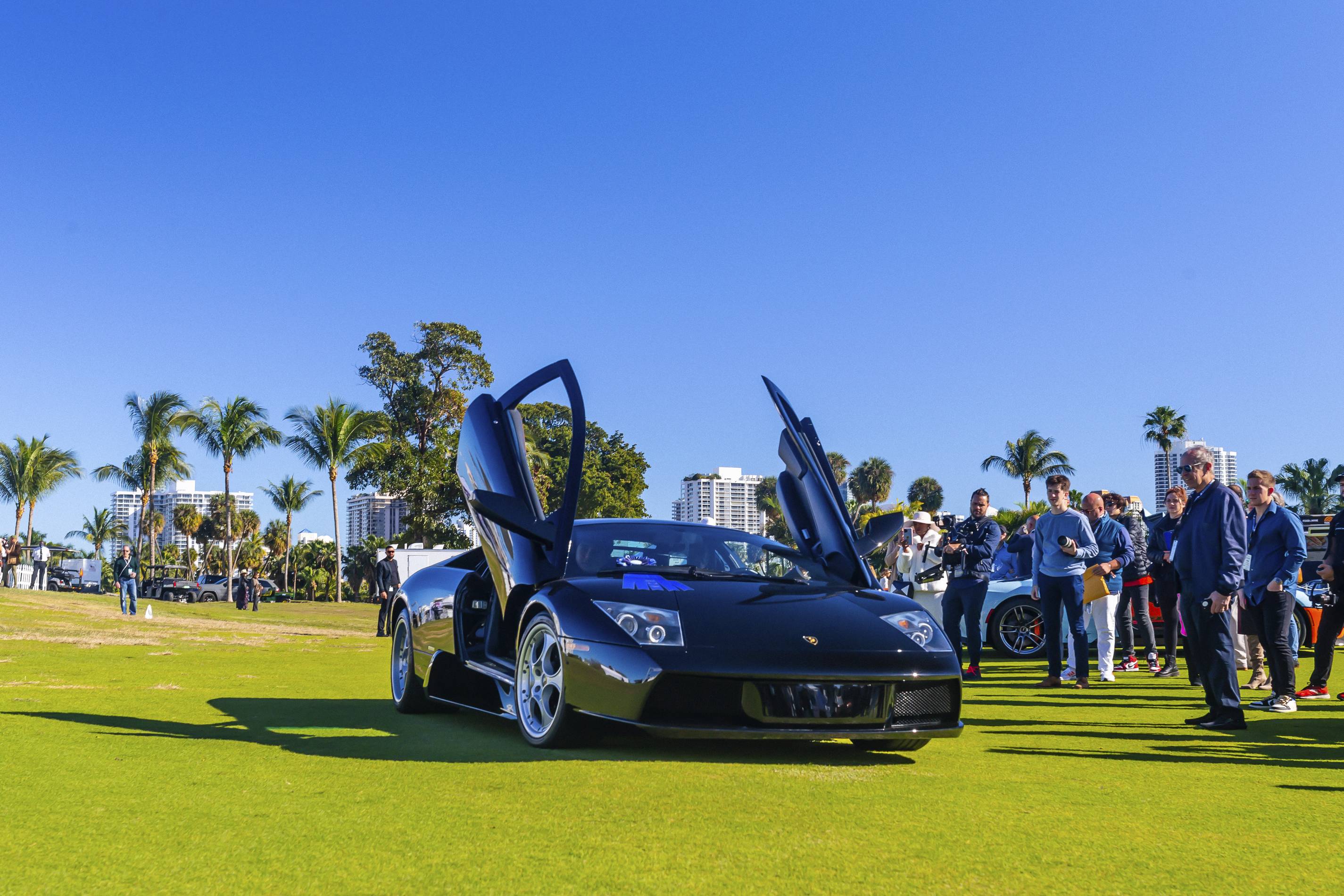 The general public can purchase a limited number of tickets for the Sunday Concours for $575, allowing attendees to indulge in gourmet cuisine, cocktails, and champagne throughout the all-day event. Motorcar Cavalcade partnered with the American Cancer Society (ACS) to hold a digital auction before and during the show, with 100% of the proceeds benefiting the ACS. Participation in the Concours is subject to Selection Committee approval. Because of the unique design of this Concours, which honors all incredible automobiles, any vehicle of provenance, both historical and current production models, can be entered. 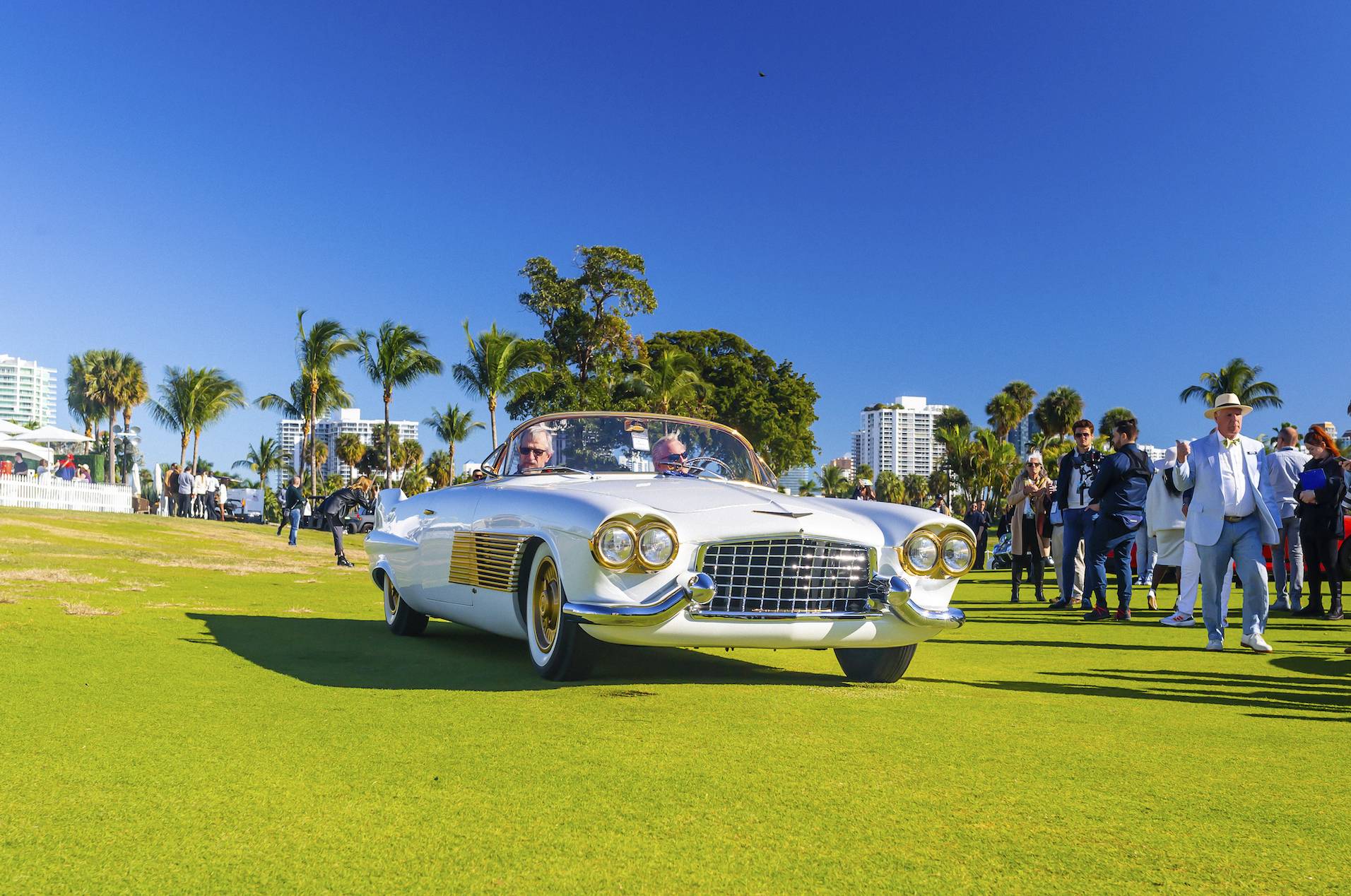 The rally kicks off at the main entrance of the event's host hotel, followed by a police procession to unique, predetermined stops. The rally concludes with an invite-only brunch at Bentley Residences at Sunny Isles.

For more information about the event, or to purchase tickets, visit the website. This is an event you don't want to miss.

Photography by: Courtesy of Motorcar Cavalcade