8 Splashy Accessories To Brighten Up Your Tabletop

6 Ways to Have a Safe and Spooky Miami Halloween 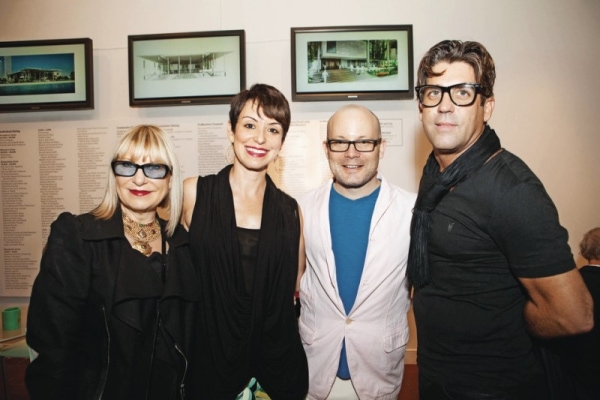 Guests dancing by one of the MAM installations

Guests dancing by one of the MAM installations

The scene at the Cultural Center Plaza

The scene at the Cultural Center Plaza

There were no tears of sorrow of any kind at the Lights Out BBQ party at the Miami Art Museum as the institution closed its Cultural Center Plaza location in preparation for its move to state-of-the-art digs at Museum Park (set to open in December). Hundreds of guests congregated on the eve of MAM’s last day for bites from Sparky’s Roadside Barbecue (thus the name of the party, natch) and music courtesy of HOT 97.7FM DJs, whose chosen tunes played through a 17-foot wall of speakers. Among those saying goodbye and looking forward were collector John Lin, WSVN Channel 7’s Belkys Nerey, gallerist Anthony Spinello and MAM curator Tobias Ostrander. To bigger and better things, indeed. Photography by Daniel Azoulay & World Red Eye