Naomie Harris is On a Roll

After wowing the world in Moonlight, British bombshell-with-brains Naomie Harris returns to the big screen with a box-office giant that couldn't be more different than her last hit. 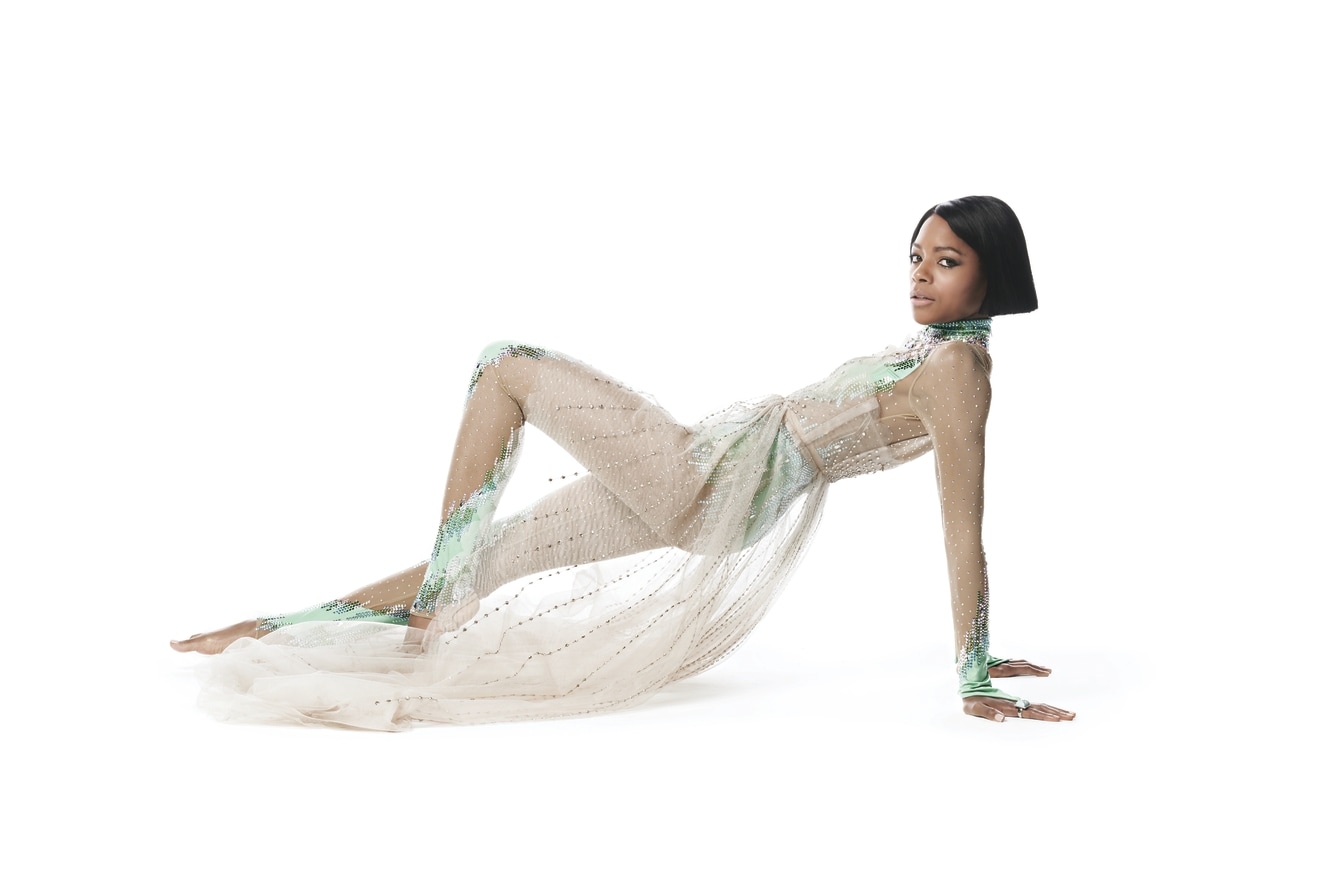 NAOMIE HARRIS' NEWEST film, Rampage, takes its inspiration from the 1980s video game of the same name. Old-school arcade fans will remember embodying a giant ape, itself the size of a modest skyscraper, and demolishing city after city into an ash-clouded ruin. The movie version, directed by Brad Peyton, which hits theaters in April, makes some surprising changes to the roles of villain and protagonist. Naomie plays Dr. Kate Caldwell, a geneticist working on gene therapy whose research is misappropriated to create weaponized DNA. When inoculated into a silverback gorilla—named George—it turns him into a mammalian wrecking ball that is constantly growing and evolving. Now, George is on a rampage, having brought along a wolf and a crocodile, both of whom have also been enlarged to equal monstrosity. To save Chicago from imminent destruction, Naomie’s character teams with David Okoye, played by Dwayne Johnson, a primatologist who has been George’s caretaker since birth.

If a Johnson-fronted box-office blockbuster seems an unusual follow-up for an actress whose previous leading role—as Paula, in 2016’s best picture Oscar-winner, Moonlight—demanded an emotionally taxing turn as a crack-addicted mother, Naomie argues it’s variety that’s the spice of life. “It’s very important for me to never get typecast,” says the 41-year-old, who got her acting start at age 9. “I want a career that is as varied as possible. That’s what keeps me excited and passionate about this profession.”

All that to say: “Rampage was a delicious opportunity,” she gushes. It reunites Naomie with Beau Flynn, the producer behind her very first Hollywood movie, After the Sunset, in 2004. “Beau was the one who approached me and said, ‘After all these years, I’ve got something completely different for you to play,’” she explains. In Rampage, “Kate is all about finding the antidote to this virus—and it’s my kind of antidote to Moonlight, in the sense that I wanted to find something that turns things on their head and makes people see me in a completely different light.”

But even a big-budget blockbuster can tug at the heartstrings in the way of an earnest indie. “[Rampage] is a heart-centered movie, which is about, ultimately, the relationship between a man and a gorilla against the larger action spectacle of the story,” says Naomie. “That’s a very beautiful relationship.” She also touts Peyton for keeping the movie’s focus on that relationship through his solid direction. “He is phenomenal about bringing everything back to emotions. He’s not about just big action and special effects and CGI. He’s always [looking for] the heart in [the story]. And you see that in every scene.”

Another big draw for the actress was working with Johnson. “I think he is extraordinary,” she says. “I shouldn’t be, but I’m constantly amazed by how many people are fans. People get so excited about him. And I just love his message of positivity and hard work because that’s what I’m all about as well."