In his new role as CEO of The Children's Movement of Florida, attorney Vance Aloupis is giving a voice to those too young to speak up. 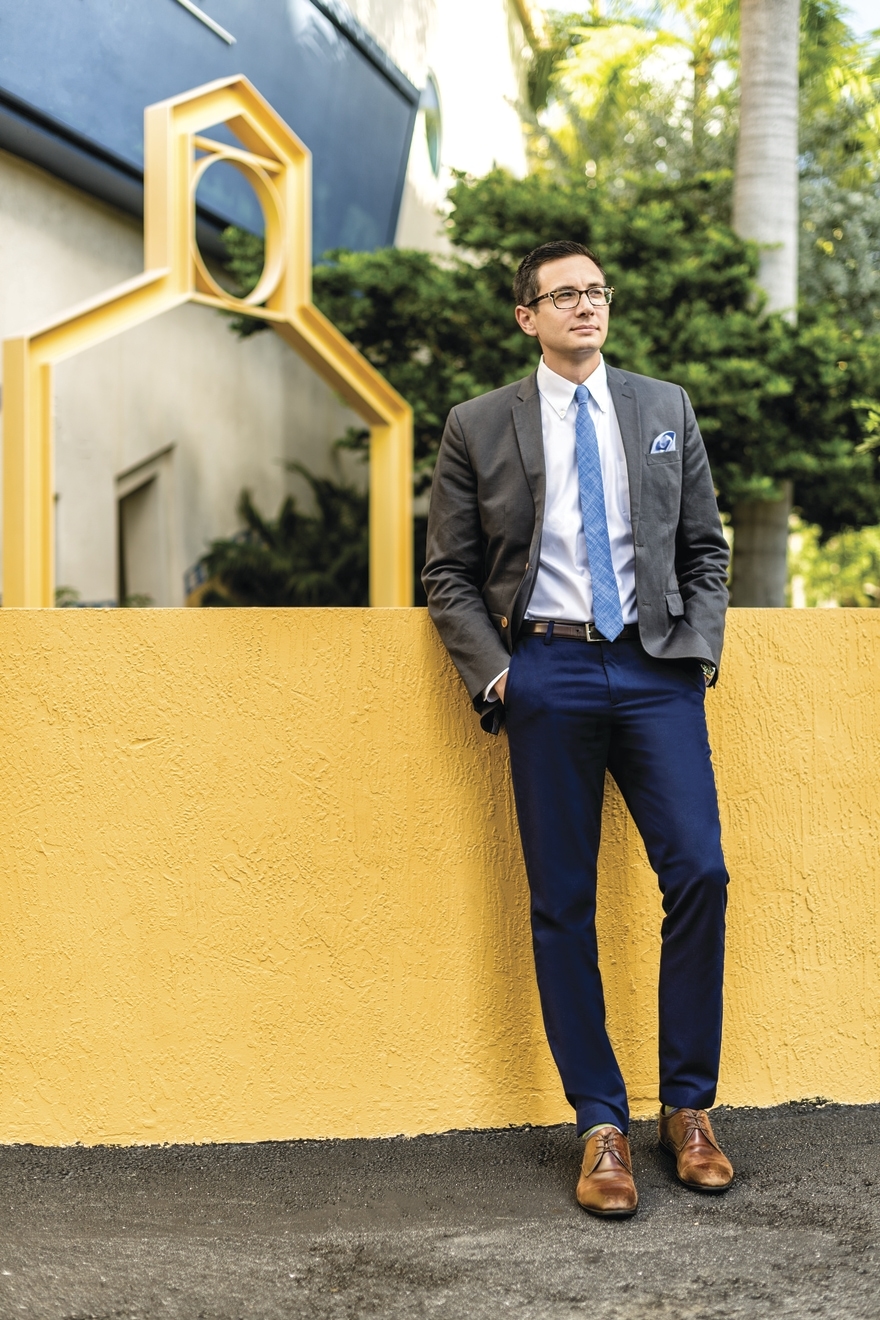 THE ADVOCATE Florida's neglected children have a friend in Vance Aloupis.

Vance Aloupis has always had a passion for politics and public service, but when he joined The Children’s Movement of Florida after its inception in the summer of 2010, he knew he had finally found his calling. “To get up every morning and do something I know is having a far greater impact beyond my own individual existence was the key driver,” says the father of two young daughters, who was recently appointed as the organization’s CEO.

Six years into its inception, The Children’s Movement, which was founded by former the Miami Herald publisher David Lawrence Jr., remains dedicated to early childhood initiatives primarily surrounding quality early learning, access to health care and parental support. the reason According to the group’s own research, in Florida more than 360,000 children are uninsured, one third of all students entering public school are ill-prepared for learning and the state spends less than $2,437 per year on a pre­K student yet more than $69,000 to incarcerate a juvenile. A larger driving statistic, however, comes from Nobel Laureate economist James Heckman: $1 invested in early education is worth $8 in social benefits. “For every child we allow to leave third grade not reading at proficiency, that child is four times more likely not to graduate from high school,” explains Aloupis. “When that happens, there is a very tangible number in terms of lost wages, lost tax revenue, chances for their own—will live very different lives. This is an issue of equality. It’s about ensuring every person has the opportunity to achieve his or her dreams.”

Born with severe immune deficiencies, Aloupis is no stranger to challenges. His parents and eight siblings relocated from Bangor, Maine, to South Florida for better weather in 1992, arriving one week before Hurricane Andrew hit. Cataclysmic timing aside, the move worked. Aloupis’ health improved and he went on to study law at the University of Miami, where he met his wife, Mariella. He was a civil litigator before joining the Children’s Movement, an organization that mostly keeps him on the road giving presentations and lobbying with legislators, but he’s not complaining. “Florida is about as dynamic a state as you can find, and Miami is the epicenter of pluralism,” he says. “We are dealing with issues most communities won’t deal with for another 15 to 20 years.”

Although donations and volunteers are certainly welcome, he says voting to keep children a priority is key: “At the end of the day, all of our elected officials need to be responsive to the electorate. Our first approach needs to be changing hearts and minds. Our voice is essential.” childrensmovementflorida.org

ALOUPIS’ NOTS
Excuses, being away from my girls, seafood, the Florida Gators