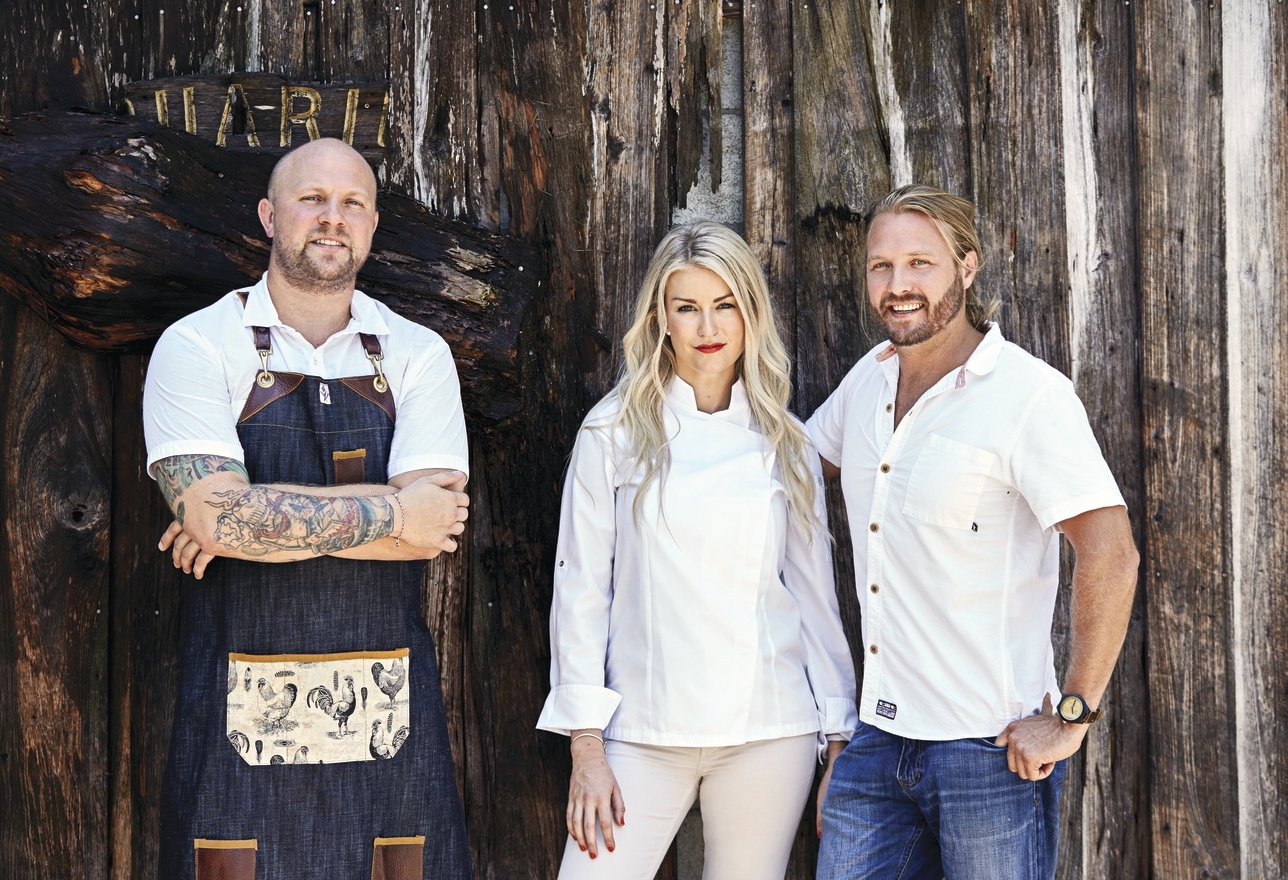 AFTER EARNING CELEBRITY status in the wake of their Top Chef apperances, Jeremy Ford, Jeff McInnis and Janine Booth set out to prove themselves. Ford did it in Jean-Georges Vongerichten’s kitchen at Matador Room, where he dazzled palates with his farm-to-table interpretations of Spanish cuisine. McInnis and Booth went a different route with Southern dim sum on rolling carts at The Sarsaparilla Club. It’s unclear whether said successes led Grove Bay Hospitality Group to enlist them to head up its latest endeavors, but the restaurant company behind Glass & Vine and Big Easy Winebar & Grill certainly knows talent when it sees it. That’s why this autumn GBHG is betting big on the trio’s new eateries.

Fish Fanatics
McInnis and Booth already had the idea for an upscale fish shack in Sunset Harbour when they joined Grove Bay Hospitality in 2015, but said partnership solidified the concept for Stiltsville. “In South Florida we have access to some of the most incredible seafood in the world,” says Booth, who predicts flounder, redfish, jack, grouper, drum, tripletail and sheepshead will be in season and on the menu for the eatery’s fall opening. Stiltsville is inspired by Key West’s easy vibe complete with a second-story deck overlooking the water, a dine-in patio and a communal table for shrimp boils, oyster roasts and other forms of interactive dining. Complementing the ocean’s bounty will be inventive dishes with Southern style, including grilled peaches and ricotta, as well as bone marrow-crusted New York strip. $7-$48, 1787 Purdy Ave., Miami Beach, 786.353.0477

Growth Spurt
Diners who appreciate local ingredients are likely to make a beeline to South of Fifth, the enclave Ford chose for Stubborn Seed, a so-called modern restaurant with a casual vibe. Here, a rotating menu offers myriad seasonal specialties, ranging from wahoo crudo with spicy buttermilk to a family-style suckling pig with charred turnips, spiced cherry jam and natural jus. Ford suggests the way to best enjoy his “relentless approach to cooking” is to indulge in the seven-course tasting menu—with a few cocktails nearby. “The bar program has been a huge focus for us,” he says. “Our bar manager is a badass!” As for the look of the place? Think art deco motifs and not a white tablecloth anywhere in sight. $7-$150, 101 Washington Ave., Miami Beach, 786.322.5211