One to Watch: Shaun Brown

With three new movies on his resume and a TV show on his plate, UM grad Shaun Wilson is a busy star on the rise. 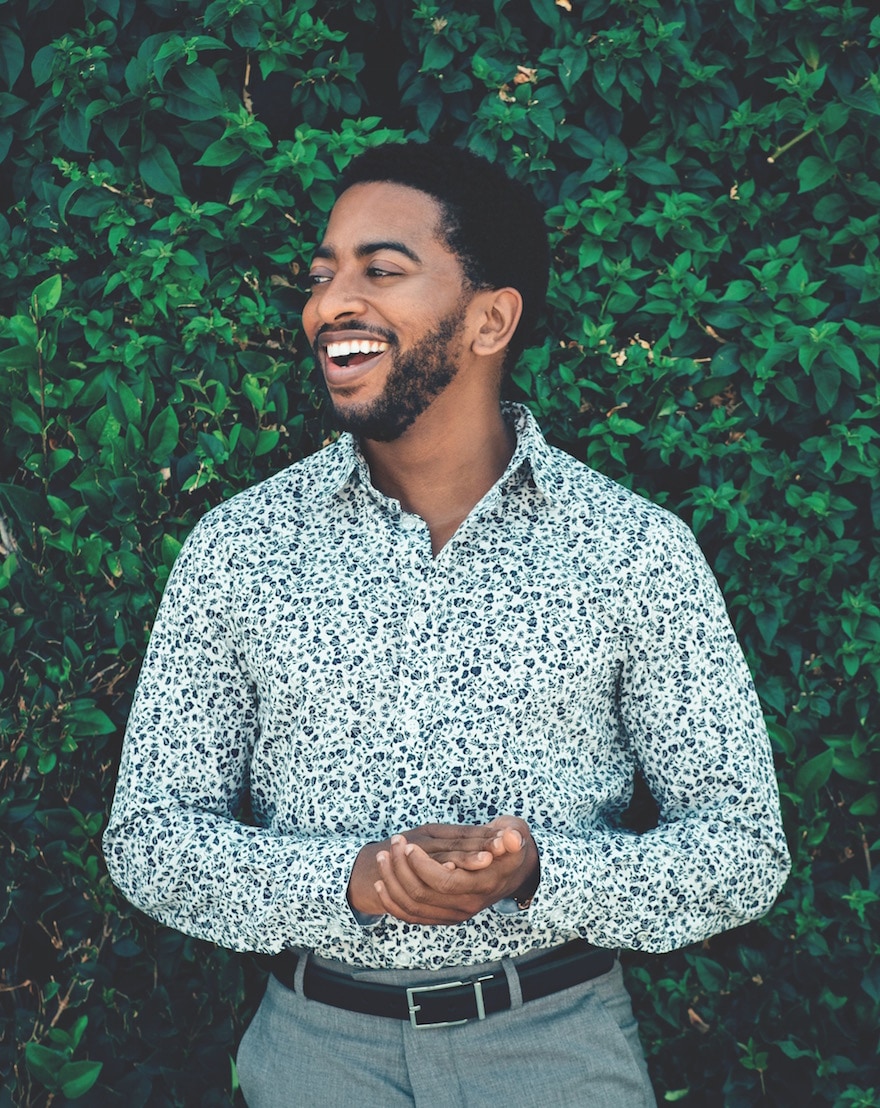 When Shaun Brown was pursuing his acting degree at the University of Miami a few years back, his extracurricular activities were few. “I was always in the practice room going over my monologues, my songs, my dances, so I didn’t get to explore the city too much,” he says. “I never got to fist-pump at the nightclubs that I heard were popping. I was so focused on making this a reality, I didn’t let myself have any distractions.”

“This” is a red-hot career that includes a role in the CBS sitcom The Great Indoors with Joel McHale and three very different parts in a trio of films set for release this year, starting with this month’s Wilson, directed by Craig Johnson (The Skeleton Twins) and starring Woody Harrelson. “Working with Woody was a master class in acting,” says Brown, whose short but pivotal scene with Harrelson at the start of the movie is being called one of its highlights. “I don’t want to give too much away, but [our scene] establishes how much of a douchebag Woody’s character is... it was crazy, but very funny.” The feature, about a man trying to make amends with his disconnected family and friends, is just one of the ways we’ll see Brown on screens this month.

In FFC, soon to be on-demand, he breaks out a British accent as the announcer of an all-female fight club. Later in the year, audiences will see Brown’s dramatic side in Heart, Baby, the true-life story of George Lee Martin, a man who became a legend as an unbeatable boxer while incarcerated and shocked the world when he turned down the chance to compete in the 1984 Olympics. “I play the main character’s childhood friend, which I loved because he goes from a boy to a man in the course of the film,” says Brown. “That shoot was a beautiful experience.”

And if Brown keeps playing his cards right, perhaps just one of many more to come.