The one and only Thomas Keller brings his Michelin-star quality to Miami with The Surf Club Restaurant. 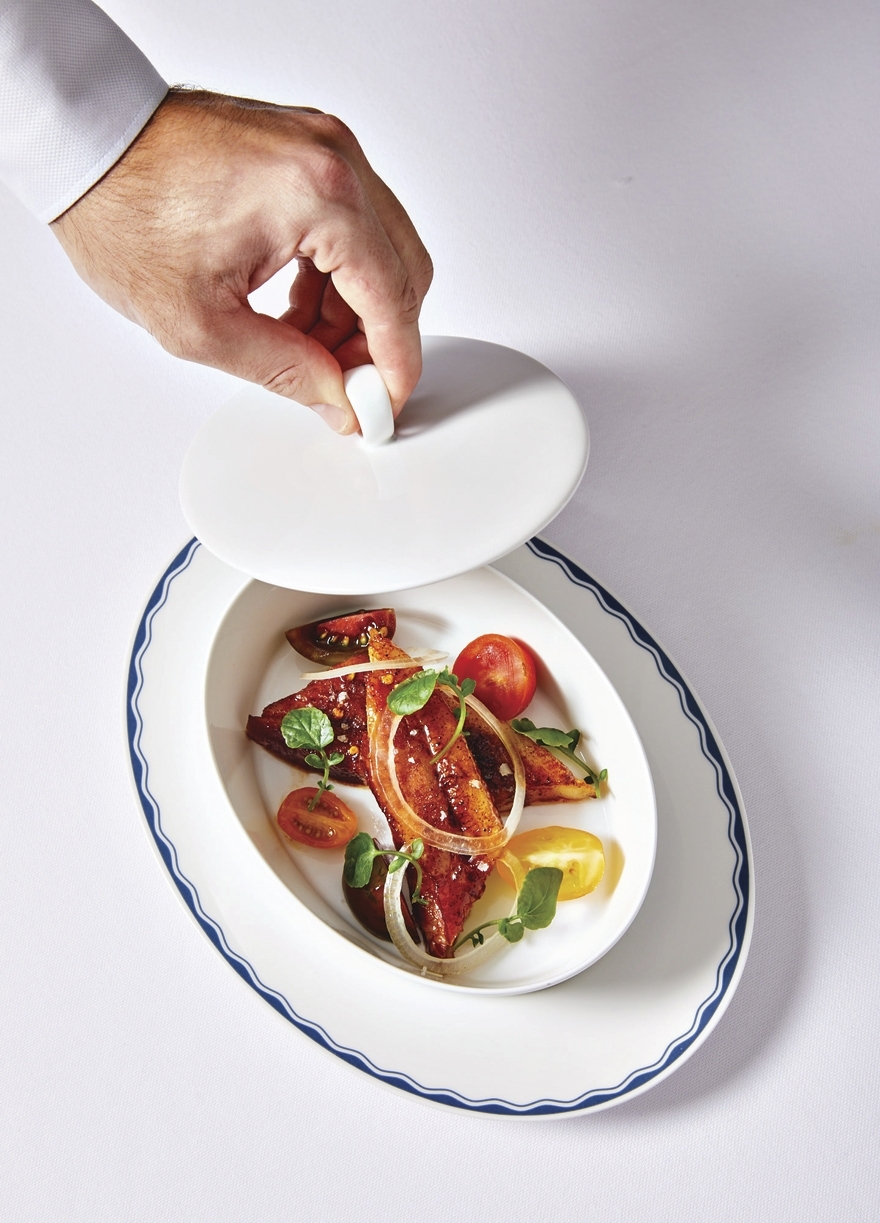 The candied Hobbs' bacon with tomatoes is one of the restaurant's stellar side dishes.

In this season of giving, true foodies are no doubt grateful to star chef Thomas Keller for his decision to open The Surf Club Restaurant right here on our shores. He didn’t have to. In fact, he admits that Miami wasn’t high on his list as a destination to debut an establishment. He would know. The man owns two three-Michelin-star eateries, The French Laundry and Per Se, as well as Bouchon Bistro, Bouchon Bakery and Ad Hoc, and he runs them all with the precision of a stopwatch, which has earned him his pre-eminent reputation as the best chef-restaurateur in America, and perhaps the world. Why risk all that on our quixotic,
party-happy city?

The Surf Club, that’s why. The project itself, co-helmed by Nadim Ashi of Fort Partners, drew him. He was intrigued by the storied heritage of the location, upon which he could build a culinary story. He admired the commitment to its restoration and incorporation of the Martin Brudnizki-designed interiors into the original Russell T. Pancoast Mediterranean Revival architecture. And he was keen on the idea of installing a continental restaurant that would remind him of the glamorous fine dining of his youth. “I’ve been in love with these [kinds of] restaurants since my childhood,” he says. “But my biggest concern was ingredients. Our proteins all come from the same place, so that wasn’t a problem. It was the vegetables.”

As far back as 2014, Keller, who grew up in the business in Palm Beach County, worked on making connections with the small farmers and focusing on details as small as the bread. It needed to have a great crumb, the way he remembered bread, he says. The end result shows that there was never really any jeopardy at all. For Keller, for his staff (some brought from Yountville and Manhattan, others hired locally) and for us, there’s only sweet reward.

Indeed, you’ll leave as we did, thankful to Keller and crew for bringing a “real” restaurant back to Miami. You know, the kind we used to have, back when we were appropriating the word pashmina for shawl and receiving them from host stations like mints. The Surf Club staff has them on hand for those who need them. If you borrow one when dining here, try not to dip the fringe into the crisp crudités that begin all meals (it seems Keller found his radishes and carrots after all). This nod to nostalgia sets up expectations before the menu is even presented, and anyone older than a millennial knows exactly what those menu pages will reveal. Maryland jumbo lump crab cake. Hand-cut steak tartare. Maine lobster thermidor. Beef Wellington for two, made with short rib and périgourdine (truffle and Madeira) sauce. Hello, old friends. Nice to see you at the table.