Phoenix From the Ashes

The stunning Diane Kruger journeys to hell and back for her most transformational role yet. 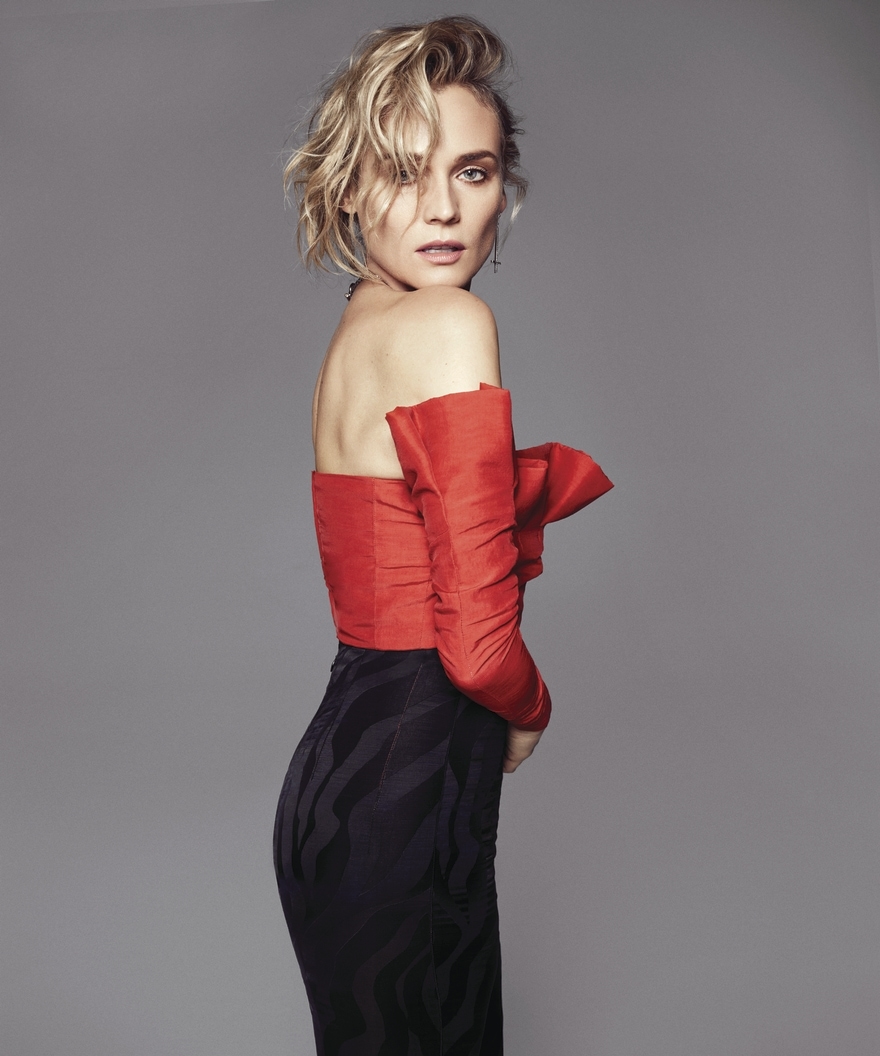 as an actress, Diane Kruger thought she understood her craft. “I’ve been very good up until this point to separate my work from my everyday life,” she says, calling from her home in New York City. “This was the first time it wasn’t possible.”

Kruger is, of course, referring to her role in the German drama, In the Fade, the film that has been lauded by critics as the actress’ best work to date. It has been almost a year since production wrapped, yet the memory still lingers. “I didn’t expect [the film] to affect me this amount. ... It’s changed me forever.” Kruger will have to accept the fact that the project, which impacted her on such a personal level—and could possibly alter the course of her career—will be at the forefront of her mind for a while longer. The film from director Fatih Akin, about a woman who has to contend with life after the death of her husband and son in a brutal terrorist attack, not only garnered Kruger the award for best actress at the Cannes Film Festival last May, but is now getting serious Oscar buzz for her heart-wrenching performance.

Taking on this role was never something she took lightly. To step into the shoes of Katja Sekerci—the wife of a Kurdish man and mother of a 5-year-old—who, in the blink of an eye, loses everything, Kruger spent six months meeting with survivors of murdered family members to get an understanding of what her character was going through. “I definitely started to feel like I was drowning in their grief after witness[ing] that much pain,” she recalls. There were even times during production, she says, when she didn’t feel like she was acting. “I felt like I was in it. I was Katja reacting to what was happening in front of me,” she says. “I was done at the end. I couldn’t have gone on another day—I was a mess; I really was.”

Kruger took months off from work to recover before heading to Cannes to promote the film. “I was really stressed out,” admits the actress. “Cannes can be intense and harsh. This was the first real starring role in my life, where, if people didn’t like the movie, it was on my shoulders.” Then, two days before the premiere, the film became unfortunately relevant due to a terrorist attack at an Ariana Grande concert in Manchester, England. “It was an awful time because I was so excited to see the movie, and, yet, at the same time, I was conscious of how many hundreds of Katjas were just created.”