At Artisan Beach House, the talented Paula DaSilva does right by farm-to-table ideals. 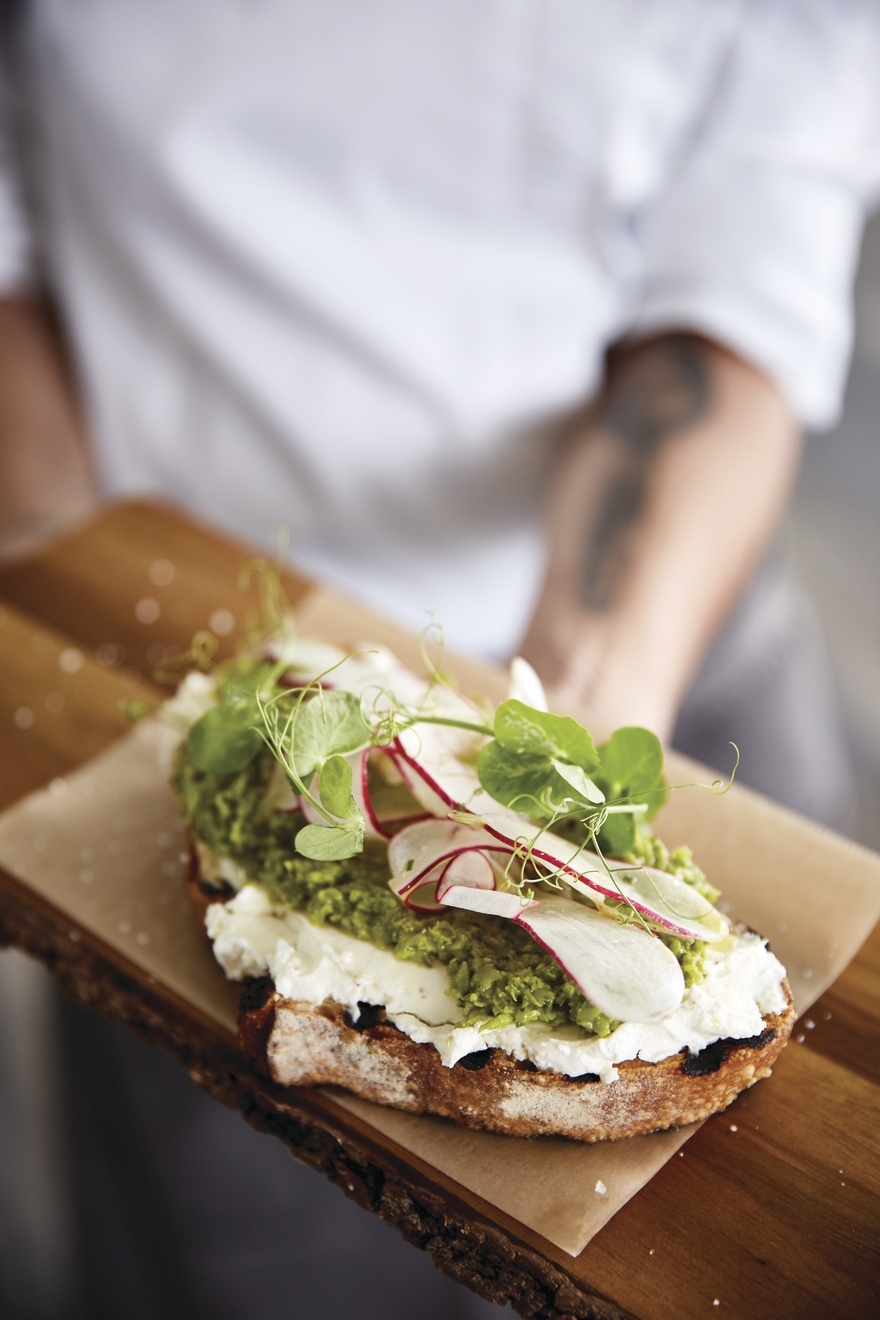 Most restaurant insiders would agree that executive chef Paula DaSilva is that rare entity who knows how to run an organization from top to bottom. She seamlessly took over the former Bistro Bal Harbour at One when the building became a Ritz-Carlton property, and recently debuted Artisan Beach House. In fact, the transition was so smooth that many in the hospitality community appeared unaware of it until it was fait accompli. This is due to several reasons. DaSilva, a tremendous talent who was runner-up on season five of Hell’s Kitchen and ran 1500 Degrees in the Eden Roc to national acclaim, chose to work with previous collaborators such as 1500 Degrees partner Seth Greenberg, who identifies with DaSilva’s motto: “Globally Inspired. Locally Grown.” Greenberg also helped design the modern, chic interior, featuring a floor whose hue is reminiscent of driftwood, with Petra Hausberger. DaSilva then hired another former colleague, Tony Coddington, who trained under Michelle Bernstein, to work as chef de cuisine. And, in addition to rewarding loyalty, she clearly understands how to repurpose main menu items to fit the seasons, so as not to disappoint the consumers who come in expecting them.

For instance, that block of boneless braised short rib that is caramelized on top, shredding in the middle and practically melting on the bottom? In the winter, it was perched over tagliatelle with wild mushrooms and cream sauce. For the spring and summer menus, rather than deleting the dish as many chefs are wont to do, DaSilva eased up the accompaniments, replacing the starchy heartiness with a moistening broth, a scattering of hand-rolled, herbed gnocchi, and roughly quartered baby vegetables from farms in Redland. It is surprisingly light, and fans of short rib won’t feel stupefied and somnolent after consuming it even when it’s scorching outside.

Keeping main-plate proteins steady, but planning their execution on what’s available from cultivated sources near and far is the sign of a seasoned chef. No doubt the golden, roasted halibut, a large chunk of timed-to-the-second buttery fish, won’t be paired with a wild ramp-and-potato hash and blistered tomatoes by press time, as ramps will be long done with their limited run and our local tomatoes will be as withered on the vine as middle school teachers are by June. DaSilva and Coddington will simply replace them with zucchini, summer squash or something else that evokes cool green meadows, wraparound porches and fireflies.