Billy Magnussen's Hero's Journey To Bond And Beyond

6 Cookbooks By Fashion Designers To Make Stylish Meals At Home

8 Online Florists To Brighten Your May

Jewelry Houses Rally Toward a Common Cause: COVID-19 Relief Efforts

6 Cookbooks By Fashion Designers To Make Stylish Meals At Home

8 Online Florists To Brighten Your May

Miami’s foremost visual historian zooms in on Swim Week with a game changer. 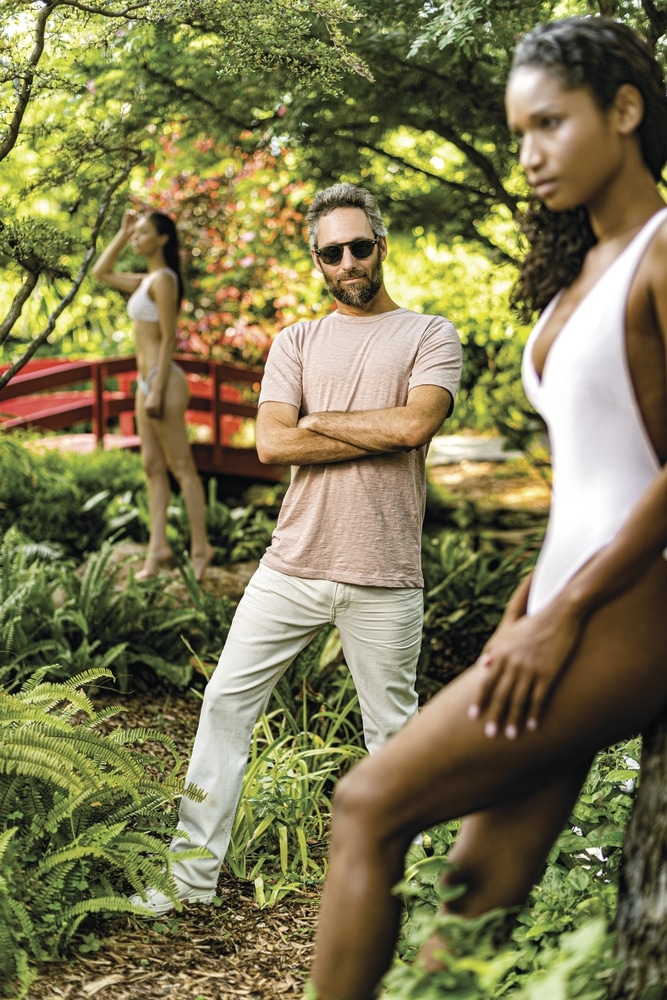 After more than two decades as the premier social photographer in Miami (and one of the city’s most affable personalities), Seth Browarnik, founder of the global World Red Eye multimedia agency, is focusing his efforts on a new endeavor. As of this summer, he will also be known as the co-founder of Nu Wave Swim (nuwaveswim.com), a highly curated event incorporating high-end activations, presentations and runway shows that will take place during Swim Week in association with SwimShow, the swimwear trade gathering that has been taking place in Miami Beach for nearly 40 years.

Although a fan and supporter of Swim Week (an umbrella term for all the swimwear-related presentations that take place in Miami during July each year), Browarnik felt its popularity and prestige had waned in recent times. That’s when he and former Ocean Drive magazine associate publisher Michelle Addison approached SwimShow Executive Director Judy Stein and suggested a high-end addition to her trade show’s auxiliary happenings. After that, Browarnik brought on Christina Neault and Vanessa Revera Williamson, both of whom have extensive experience working for IMG Fashion, the organizer of fashion weeks all over the world.

Set to take place at the Miami Beach Botanical Garden July 11 to 14, Nu Wave Swim will feature brands like Gottex and Tori Praver, along with emerging designers. Chef Michael Schwartz will handle all food and beverage offerings, and Barry’s Bootcamp and The Sacred Space will be offering a wellness activation with Soho Beach House. As all parties involved advocate ocean conservation, beach cleanups are also in the plans, resulting from partnerships with Facebook, Instagram and Miami Waterkeeper.

“We want to keep it small, exclusive and elevated,” says Browarnik about the invitation-only event. “Each year this will get a little more exciting, but there is no better time than now to revitalize, reawaken and reignite Miami’s most exciting week of the summer. That’s my ultimate goal.”

Photography by: Nick Garcia; Styling by Kimberly Sussman; on seth browarnik: t-shirt by theory and jeans by rag & Bone, all at saks fifth avenue, brickell city centre; on foreground model: swimsuit by vitamin a by amahlia stevens; on background model: bikini by tori praver swimwear