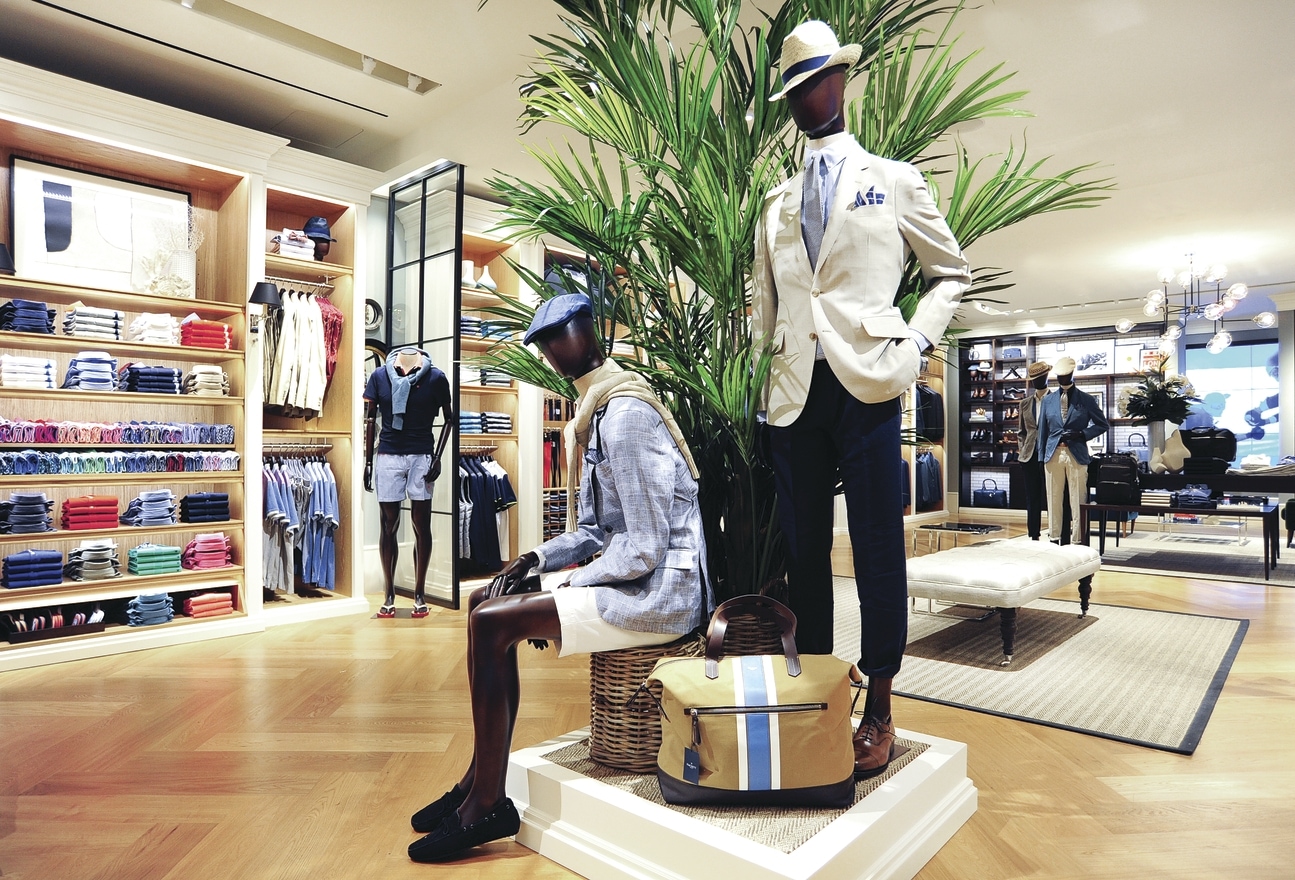 English Lesson
Anglophiles have a new chum—and a spiffy one at that—in Hackett London, a men’s and boys’ brand that just opened its second stateside shop at Aventura Mall. As a sponsor of the Henley Royal Regatta, Aston Martin Racing and British Polo Day (among other posh partnerships), one would think the brand goes back centuries, but it was actually founded in 1979 by Jeremy Hackett. “Most people assume I inherited it, which is a great honor,” he says of what started out as a secondhand shop on London’s King’s Road that eventually blossomed into an empire for polos, chinos and suits. These days, as Hackett puts it, the label is “at the heart of British luxury, encouraging gentlemanly dressing and values.” Miamians are likely to relate to fall themes like glass skyscrapers and a new capsule collection of jersey sportswear that includes everything from rugby shirts to caps. Hackett, who has family up in Georgia, says he’s familiar with South Florida style and wardrobe needs: “I visit often and love the art deco architecture that defines the city.” He’s also obviously aware of our tumultuous early autumn weather, thus the raincoats in the same material used on Fox Umbrellas and water-repellant navy suits. In other words: Dandy style that meets our tropic needs. 19501 Biscayne Blvd., Aventura, 786.332.6992