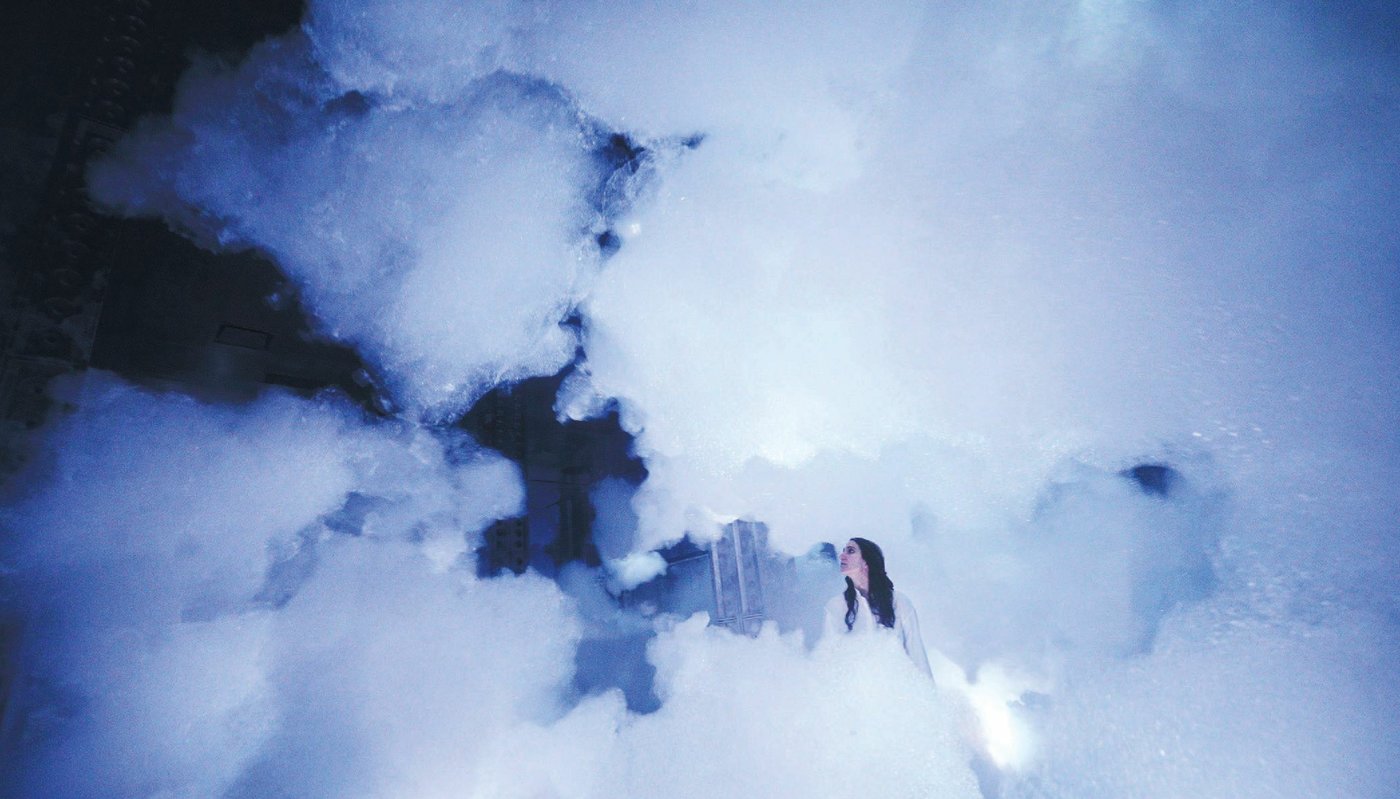 Es Devlin continually sets out to create with her viewers in mind. To that end, her large-scale installations and stage sculptures combine music, light and language to elicit emotional responses and a shift of perspective from her audiences. That approach has led to collaborations in theater and opera, Olympic ceremonies in London and Rio de Janeiro, and concerts involving everyone from Beyoncé to U2. For his part, James Turrell has been exploring the possibilities of light since the 1960s. As he puts it, “My work is about space and the light that inhabits it. It is about how you can confront that space and plumb it.” It’s not surprising that these two were among the various creatives tapped to contribute to Every Wall is a Door, the inaugural program from Superblue, a new venue dedicated to experiential art from some of the world’s most innovative talents. The interactive exhibition features the debut of an environment installation by Devlin; the unveiling of Turrell’s “Ganzfeld,” a light-based piece that envelops visitors in its realm; a poetic, upsidedown landscape titled “Meadow” that evokes the impermanence of nature by Studio Drift; and an immersive environment by teamLab. Ongoing, 1101 NW 23rd St., Miami, superblue.com 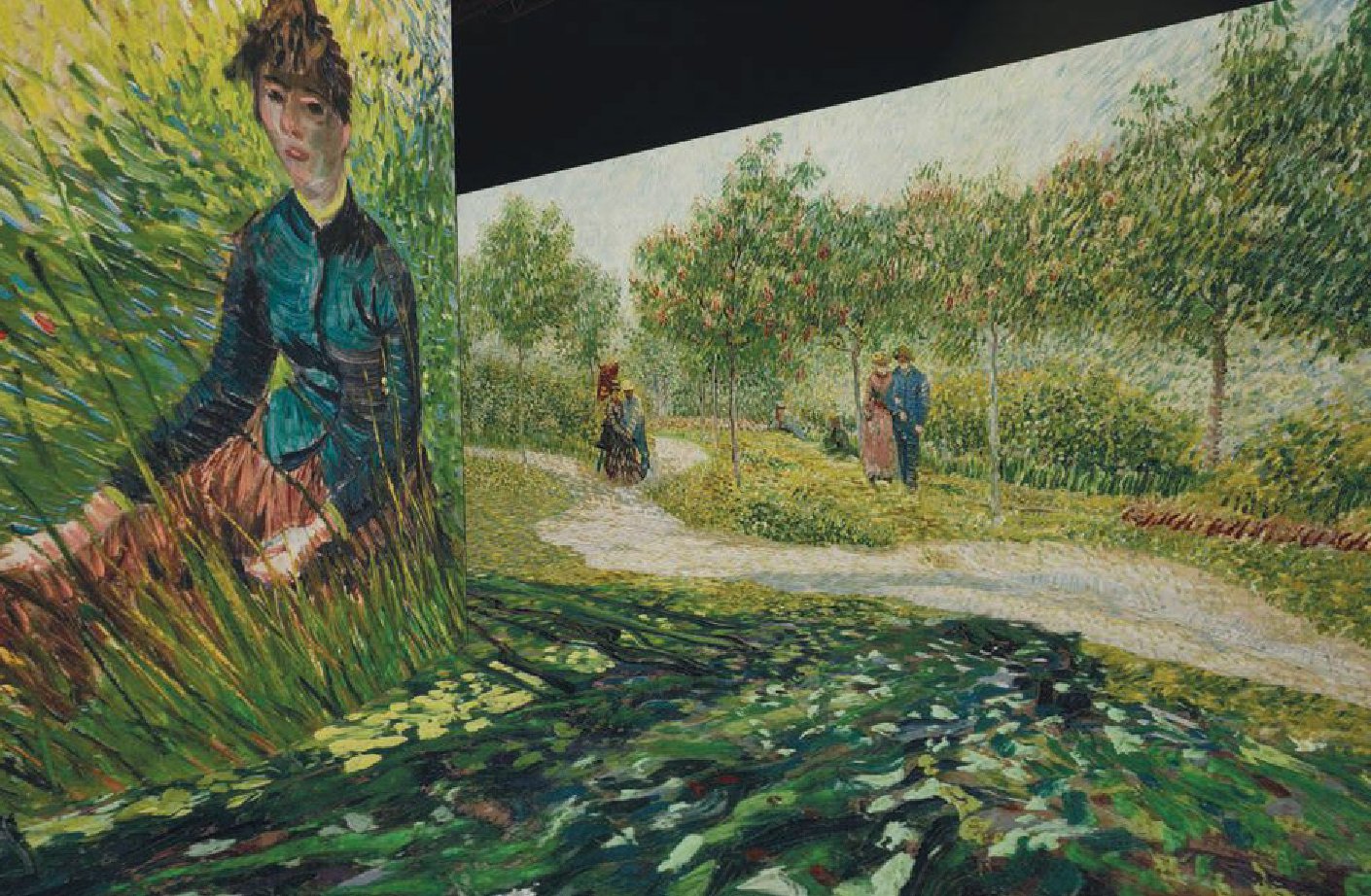 Interactive treatments of “Woman Sitting in the Grass” and “Garden with Courting Couples: Square Saint- Pierre” and “The Starry Night” by Vincent Van Gogh PHOTO COURTESY OF VAN GOGH: AN IMMERSIVE EXPERIENCE 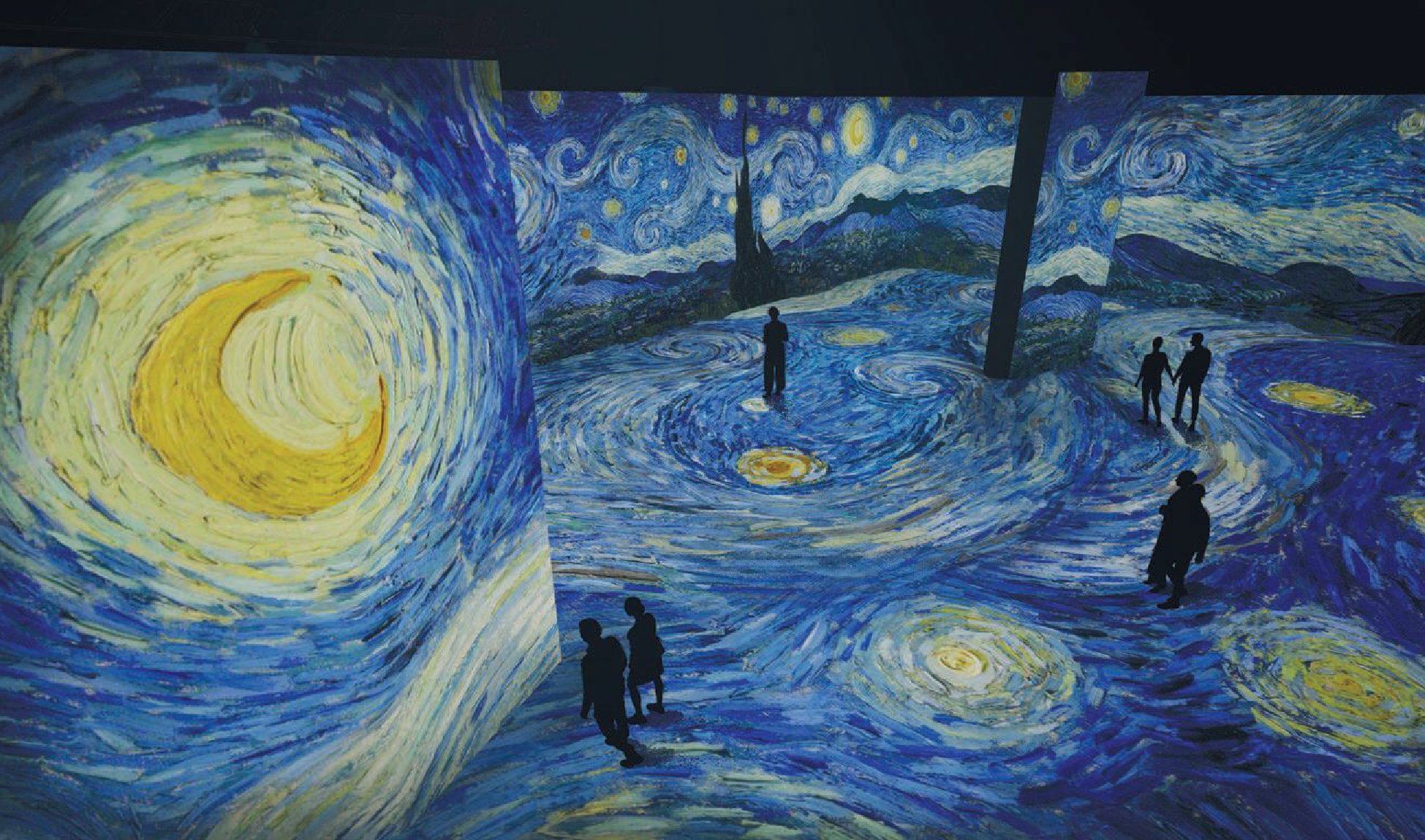 It’s ironic that the legacy left behind by Vincent Van Gogh, a man so violently tortured by his demons that he took his own life, would bring such joy to others. In letters to his brother Theo, the post-impressionist artist revealed that he expressed his sadness through his paintings and found solace in the brushstrokes that would eventually give us masterpieces such as “The Starry Night,” “Sunflowers” and “Café Terrace at Night.” Beyond Van Gogh: An Immersive Experience brings those paintings and about 300 others to life with a narrative that touches on Van Gogh’s words, thoughts and dreams. Conceived by Montreal’s Normal Studio, Beyond allows visitors to enter a Van Gogh universe and move through it as the master’s works swirl and dance on walls and floors before refocusing into the flowers, settings, portraits and landscapes we know so well. Through July 11, Ice Palace Studios, 1400 N. Miami Ave., Miami, vangoghmiami.com