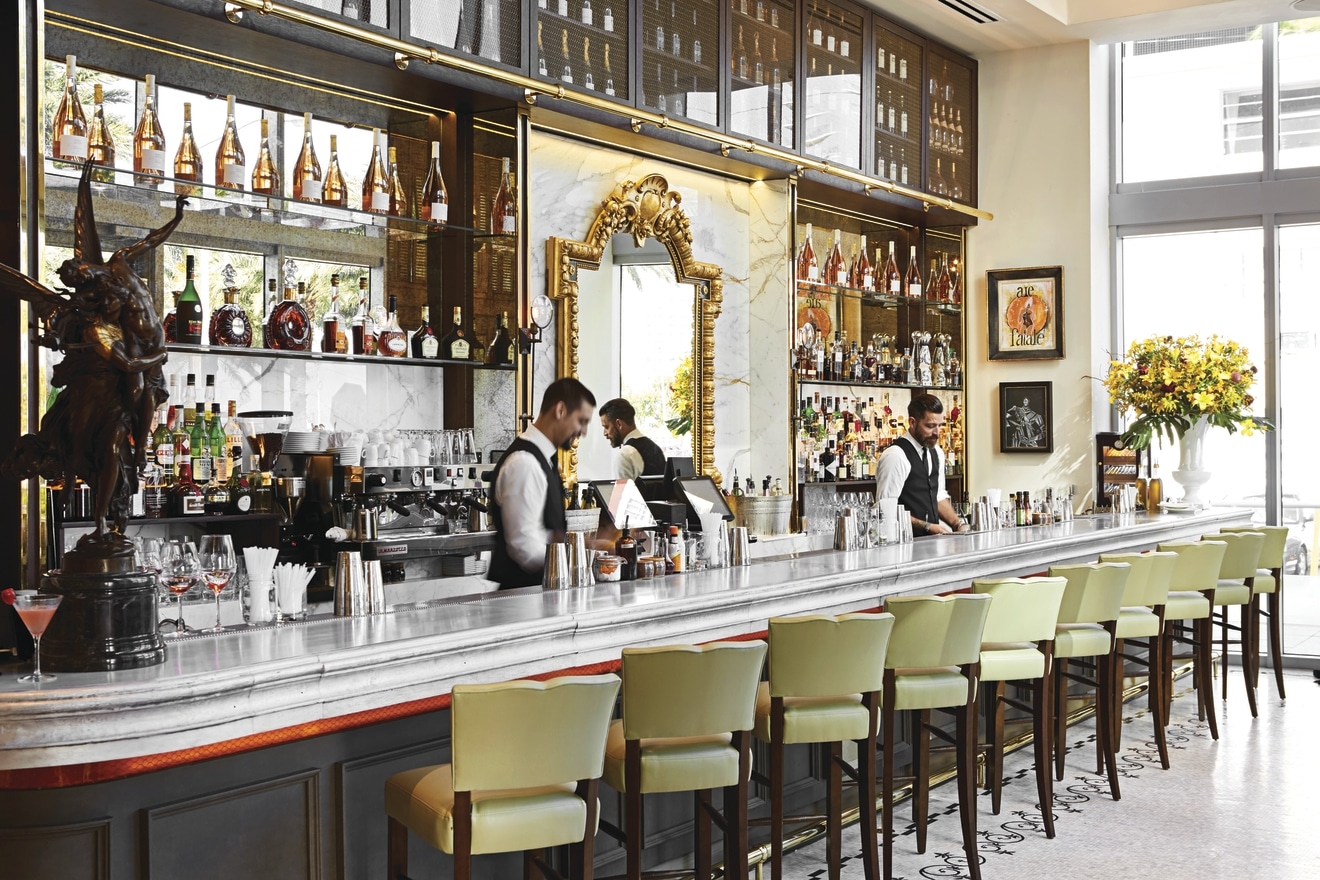 La Petite Maison's bar is as authentically Parisian as venues get

In 2014, restaurateur Arjun Waney (Zuma, Coya, DÔA) told Newsweek about his most successful deal ever. During dinner in Nice, near his summer home in Cap Ferrat, he was seduced by the restaurant so effectively that he wound up negotiating the world rights from owners Nicole Rubi and Bernard Ollé. Waney now has the option to open this particular place, La Petite Maison, for a flat fee of 25,000 euros per location—no further percentage of sales or anything else required. Considering that the second LPM site he opened in Dubai was showing a return of 44 percent at the time of that publication, this became something of a coup.

Waney, along with operating partners, Bob Ramchand and chef Patron Raphael Duntoye, are not the only ones who are benefiting from this transaction. After first debuting their version of the Niçoise restaurant in the exclusive Mayfair district in London’s West End and following it with Dubai, the trio decided on Miami as LPM’s first U.S. location, with Istanbul and Beirut on its heels.

Miamians got lucky largely because of Waney’s familiarity with the market that’s already in play here. He knows how well his first restaurant launch, Zuma, has done with the wealthy and celebrity crowd; how attractive his Coya is to international businesspeople; and how up-and-coming his most recently opened fusion eatery, DÔA, is for visitors in South Beach. LPM capitalizes on the local who links to all three of these categories, and is the kind of elegant white-tablecloth establishment that inspires guests to put on a rather animated Cannes-like fashion show every evening.

Waney is well versed in design, and LPM is a treat for the eyes—the cream-painted boiseries lining the interior are hung with dozens of thoughtfully chosen yet completely eclectic paintings. It’s also a distinct plus that Duntoye is a well-seasoned chef. And that shows in everything that comes out of the presentation kitchen, which is decorated with Mason jars filled with preserved vegetables and bowls filled with fresh ones.