As it gears up to celebrate its 20th edition this May, the South Beach Wine & Food Festival pivots into a much more boutique gastronomic experience. 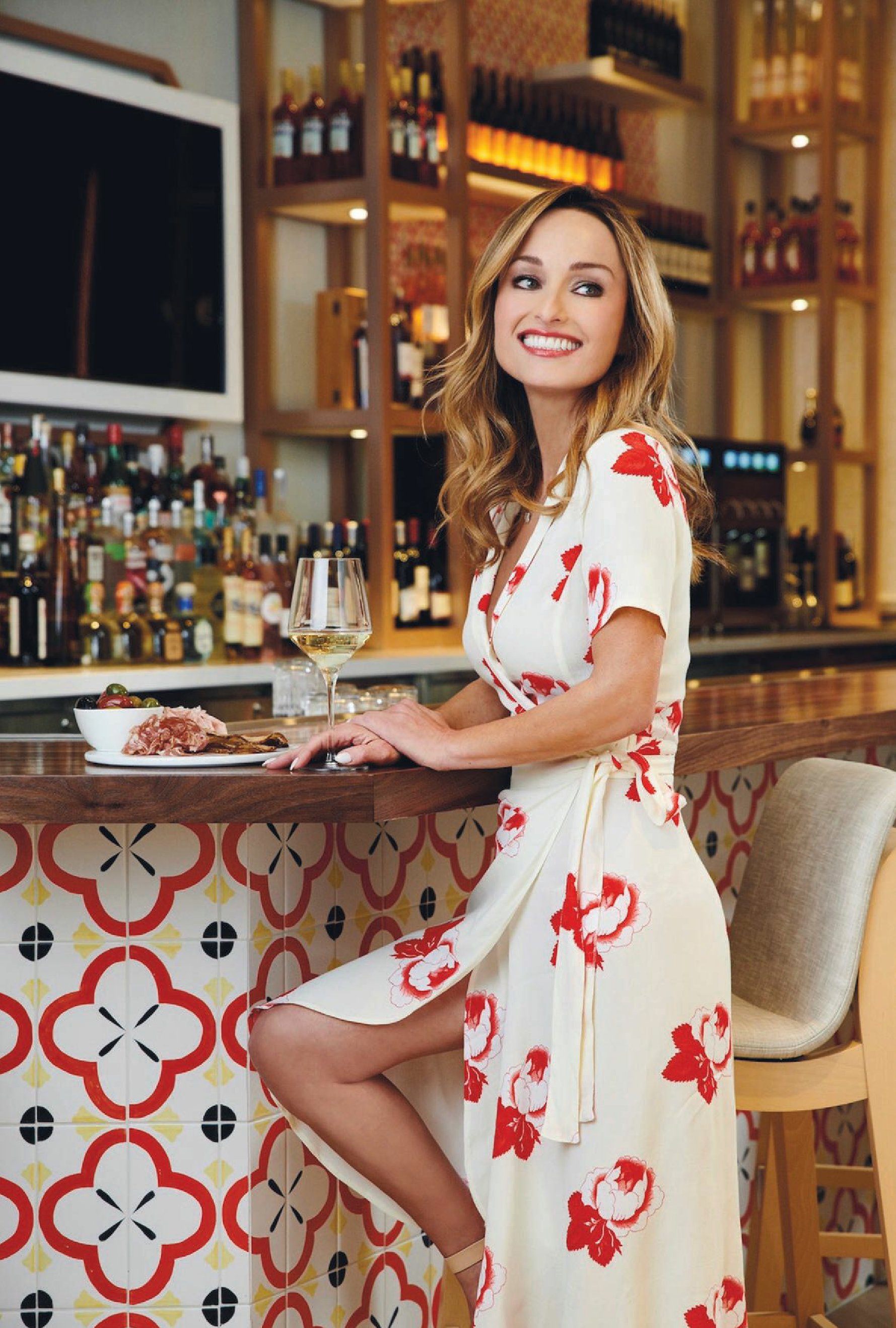 No stranger to the South Beach Wine & Food Festival, Giada De Laurentiis is this year’s recipient of the event’s top distinction: Tribute Dinner honoree. It’s an accomplishment many years in the making. De Laurentiis is the Emmy-winning host of various Food Network programs, a Today show contributor and the author of nine New York Times bestselling cookbooks. At the dinner, which will feature a menu by esteemed chefs Giancarla Bodoni, Frederic Delaire, Alex Guarnaschelli, Michael Pirolo and Fabio Trabocchi, De Laurentiis will be feted by the industry’s top talents, as well as by Miami’s own Gloria and Emilio Estefan, the emcees for the evening. Two days before the sumptuous supper, De Laurentiis will serve as the host of Italian Bites on the Beach, where more than 24 of South Florida’s best chefs will present regional dishes from Venice to Palermo. We caught up with the chef for a chat before her visit.

How does it feel to be the VIP at this year’s festival? I’ve been participating in the festival for more than 10 years, and with all that’s happened [in 2020], I’m more excited than ever to be honored and see my fellow chef friends.

Your dinner is being prepared by some major culinary names. Have you ever been part of that team? I was part of the group that cooked the Tribute Dinner for Bobby [Flay in 2018]. It was so grand and fun to cook alongside such talented chefs. You could really feel the camaraderie in the air. We don’t get opportunities to cook together often, so when it happens, it’s really special.

The festival is such a whirlwind of eating, drinking and parties. How do you conquer it? It is a whirlwind, but I get so much energy from all that. To rejuvenate, I try to get out in the Miami sun and put my feet in the ocean at least once a day.

In your latest book, Eat Better, Feel Better (Rodale), you confess you didn’t always have the healthiest eating habits. What’s your diet like these days? I try to eat clean and healthy 70% to 80% of the time. I also occasionally do a threeday reboot, which helps my body heal itself. Then, I slowly incorporate more ingredients back into my diet, but in a mindful way.

What does that consist of? For example, I have a friend who can eat raw kale every day, but that doesn’t agree with me. But I can eat a bunch of bitter broccoli rabe without batting an eyelash, so that’s what I do. It’s all about taking it slow and listening to your body.

What else can we expect from you in 2021? I’ve been quietly working on Giadzy [my lifestyle and e-commerce platform] for the past year, and I’m excited to turn more attention to it. It’s an Italian food marketplace where we sell ingredients from small family businesses and farms. I’m hoping to travel to Italy soon, visit some of them and make even more of their special ingredients available in the States. Italian Bites on the Beach, May 20, 7PM, beachside at Delano, 1 Lincoln Road, Miami Beach, sobewff.org/italian; Tribute Dinner, May 22, 7PM, Loews Miami Beach, 1601 Collins Ave., Miami Beach, sobewff.org/tribute 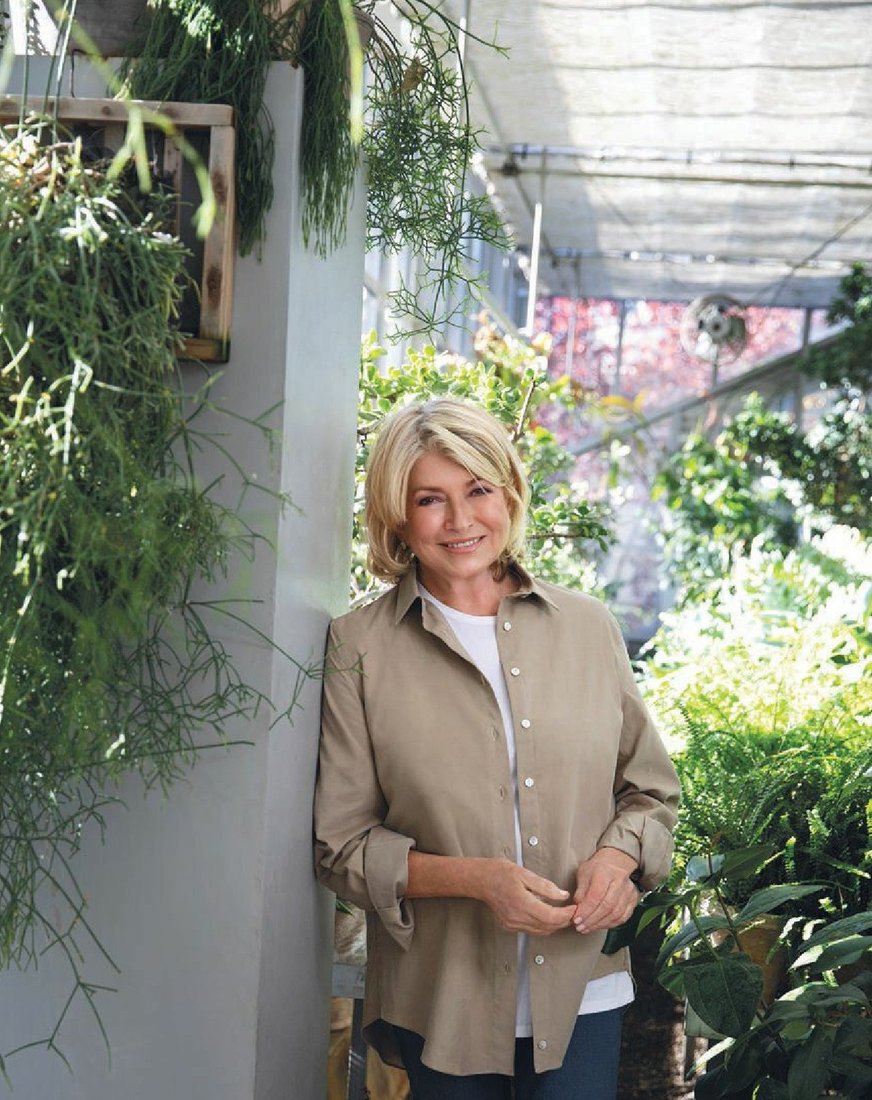 Since its inception, the South Beach Wine & Food Festival has raised more than $31.8 million for the Chaplin School of Hospitality & Tourism Management at Florida International University and raised the profile of thousands of chefs and their restaurants. Organizers will pat themselves on the back for all that hard work at the 20th Anniversary Celebration, an evening hosted by domesticity doyenne Martha Stewart. On the agenda? Fried chicken, cool drinks and a surprise live performance by a Grammy Award-winning artist. May 20, 10PM, Fontainebleau Miami Beach, 4441 Collins Ave., Miami Beach, sobewff.org/birthday

Seafood and fish are the main attraction at Rockin’ Sushi. PHOTO BY COTTONBRO/PEXELS

Attention, raw fish fans: The Rockin’ Sushi tasting has your name written all over it. The Succulent Bite founder Nico Norena hosts this late-night party at which attendees can sample sushi, sashimi and hand rolls from venues such as Tanuki, Sushi by Bou, Azabu, Pubbelly Sushi and SuViche, as high-octane rock plays in the background. May 22, 10PM, poolside at The Ritz-Carlton, South Beach, 1 Lincoln Road, Miami Beach, sobewff.org/sushi 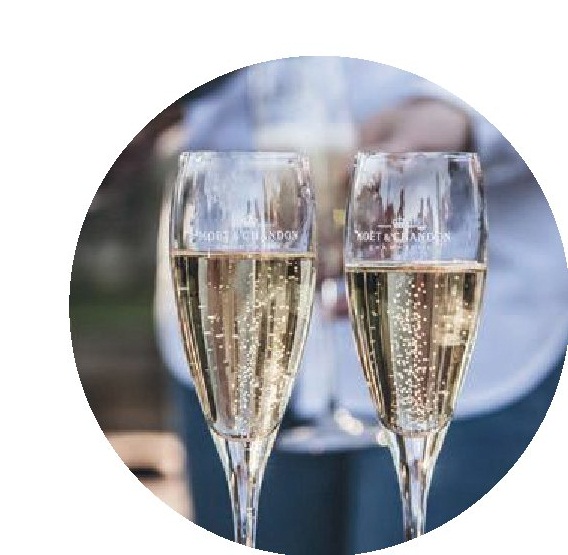 We’re not sure why the beloved BubbleQ ever went away, but we do know the event is coming back for the festival’s 20th anniversary. Diners, Drive-Ins and Dives host Guy Fieri will serve as host of the evening, which offers visitors a chance to sample the barbecue creations of 24 “fearless pit masters and grill maestros” (from restaurants both local and not), as well as endless pours of Moët & Chandon. Beef, pork, poultry and seafood will all be given the charbroil touch. May 22, 5PM, beachside at Delano, 1 Lincoln Road, Miami Beach, sobewff.org/bubbleq 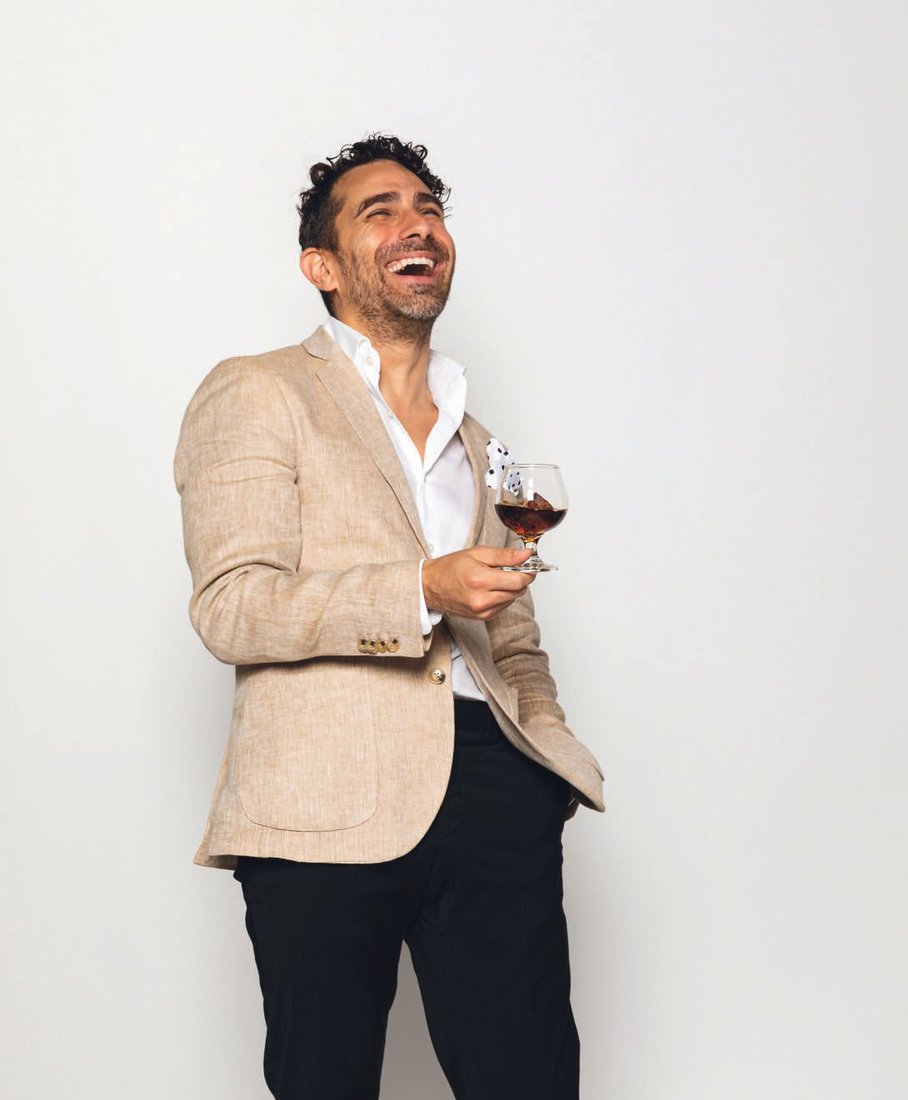 Mixologist Gio Gutierrez is creating the drinks that will be served at Croquetas & Craft Cocktails. PHOTO BY DIEGO TEXERA

Pairing is not limited to wines at this year’s festival. Case in point: Croquetas & Craft Cocktails. This gathering—co-hosted by Finka Table & Tap chef and owner Eileen Andrade and croqueta expert Jonathan Andrade (her brother)—celebrates Cuban cuisine’s most ubiquitous snack. Local food authority Sef Gonzalez (better known as the Burger Beast) was tasked with finding the best croquetas in town, while mixologist Gio Gutierrez (the talent behind the popular @chatchowTV blog) was tapped to create the cocktails (made from craft, small-batch and artisanal spirits) that will be served throughout the evening. “We will have some amazing twists on classics that pair perfectly with croquetas, as well as lesser-known, modern classics like the White Lady and Corpse Reviver No. 2,” says Gutierrez, who claims that the key to pairing cocktails to croquetas depends on whether the latter are savory or sweet. “Overall, greasy fried deliciousness pairs well with bright flavors and sour drinks such as margaritas and daiquiris, as well as with anything effervescent like Champagne.” As for the most unusual croqueta filling he’s ever bitten into? Kimchi mojo pork, created by the Andrade siblings for the festival in 2017. May 21, 10PM, Jungle Plaza, Design District, 3801 NE First Ave., Miami, sobewff.org/croquetas 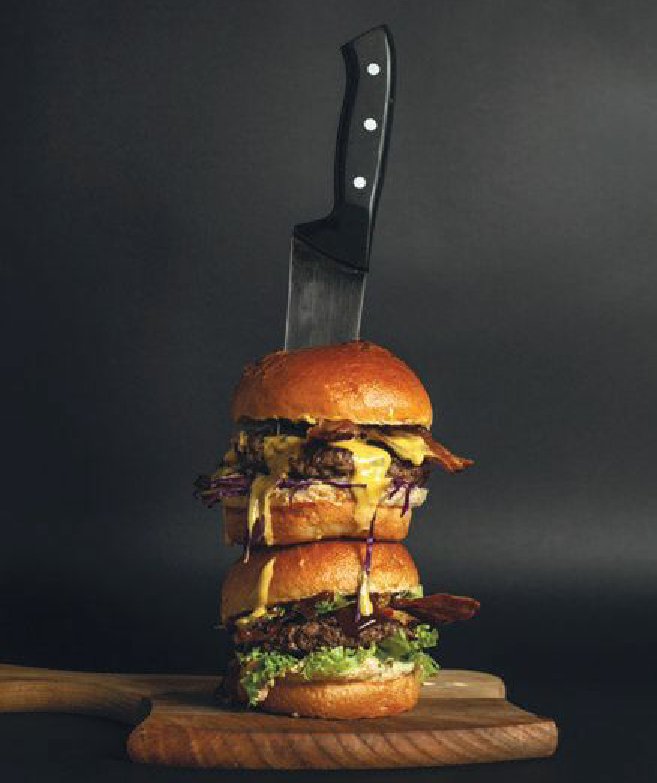 Miami’s best patties are the focus of the Burger Bash. PHOTO BY ALEKSANDAR LJUBICIC/PEXELS 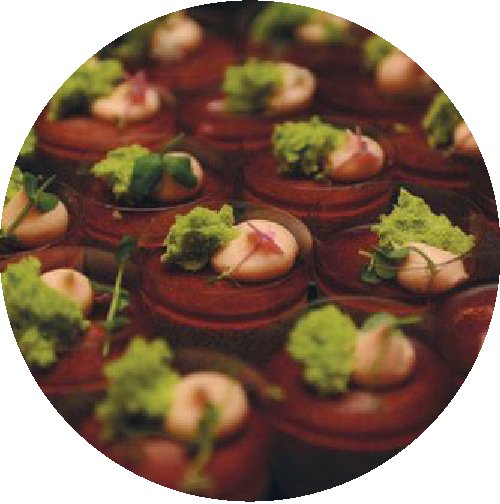 To adhere to safety practices and still maintain a bang-for-your-buck experience, this year’s Best of the Best has been split into two nights on the Fontainebleau’s pool-adjacent lawn. Both evenings will be equally “decadently decanted” thanks to the pouring of some 60 wines that have rated 90 points or higher on Wine Spectator’s discerning scale. Serving up equally superior bites will be 30 top chefs, including locals such as Oscar Noborikawa of Ke-uH at Acqualina, Adrianne Calvo of Redfish, Karla Hoyos of The Bazaar by José Andrés and Julio Cesar Ramos of Osteria Morini, as well as others from all over the country. May 21 and 22, 8:30PM, Fontainebleau Miami Beach, 4441 Collins Ave., Miami Beach, sobewff.org/bob1, sobewff.org/bob2 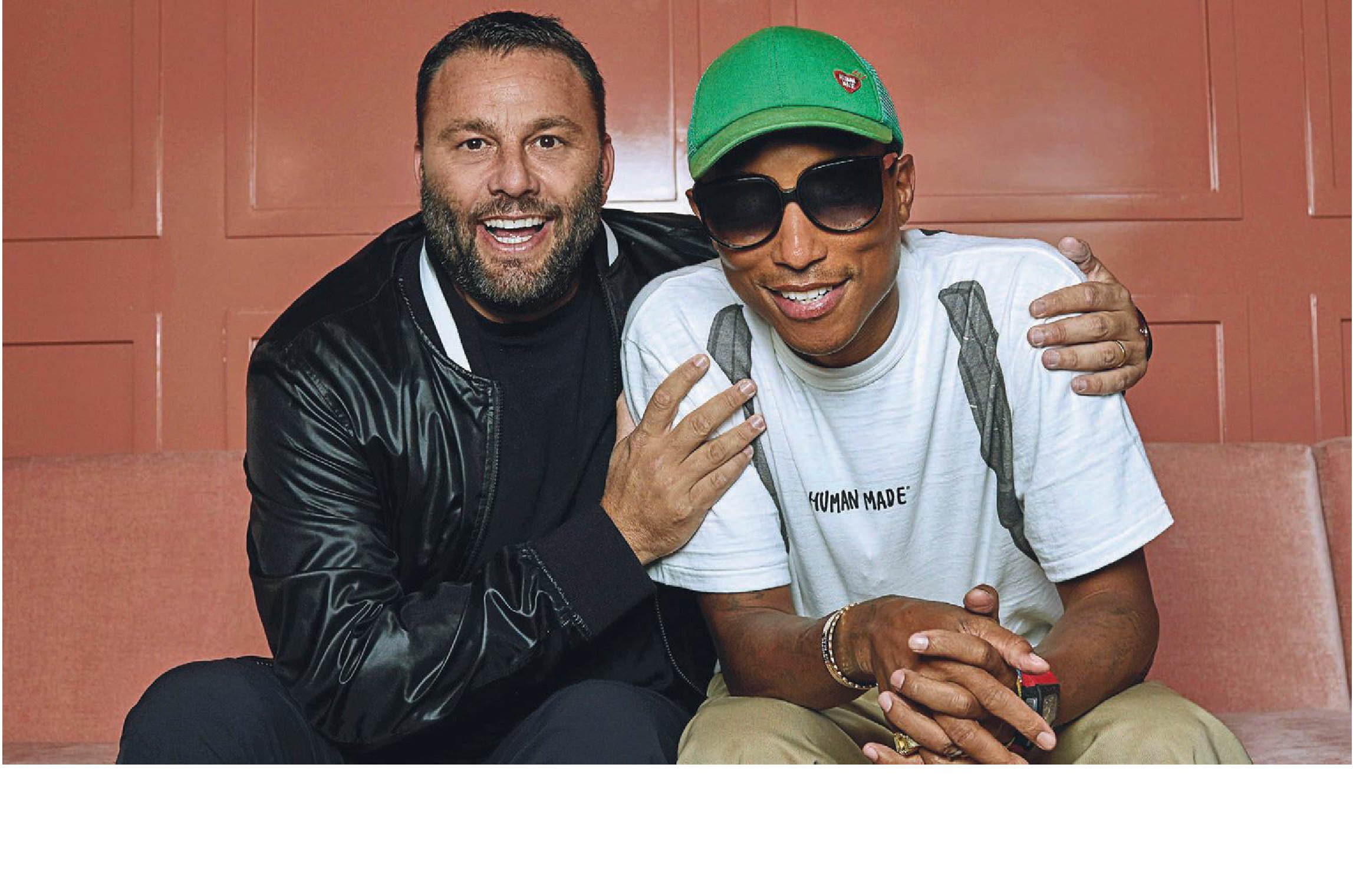 THE MEN OF THE HOUR

On the heels of opening their Goodtime Hotel, hospitality and nightlife impresario Dave Grutman and music producer and performer Pharrell Williams are teaming up for what’s bound to be the festival’s hottest brunch. The meal will take place at Swan, the duo’s restaurant in the Design District, and while the menu will remain under wraps until the day of, we do know it calls for a down-home twist to Swan’s globally influenced dishes. May 22, noon, Swan, 90 NE 39th St., Miami, sobewff.org/swan 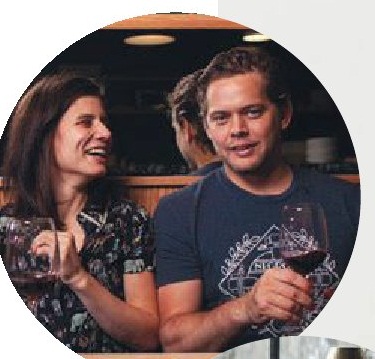 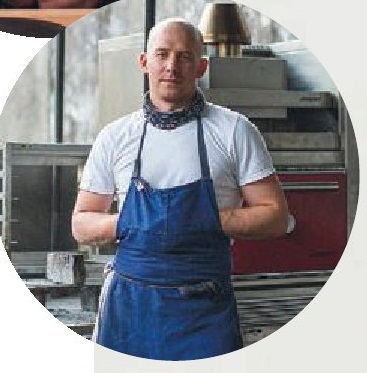 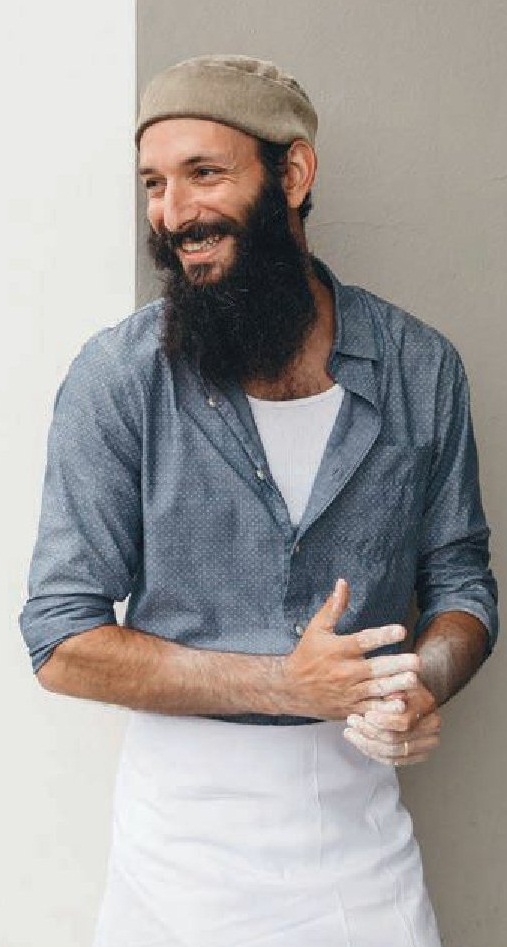 THE COOL KIDS TO WATCH

Cooking at the South Beach Wine & Food Festival has been a rite of passage for Miami chefs since the event’s first edition in 2001. This year, the pressure is on for Carey Hynes, the toque in charge of the kitchen at Downtown’s Jaguar Sun, an eatery known for dishes such as banana leaf tile fish and Duroc pork chops with aged chipotle. Hynes will be joining Zak Stern, whose bakery Zak the Baker remains Wynwood’s most popular carb den, and Luciana Giangrandi and Alex Meyer, the 2020 James Beard Award semifinalists in the Best Chef: South category, who run the much-buzzed-about Boia De, for a dinner that highlights all of their respective talents. On the menu? “We’re going to debone a whole lamb rack and wrap it in the fat so the meat bastes as it cooks,” says Hynes. “We’re going to grill it over oak, coat it in leek ash, and then serve it with eggplant, chile and onions. Smoky, funky and a little spicy.” May 20, 7PM, Lot 6, 7357 NW Miami Court, Miami, sobewff.org/lot6 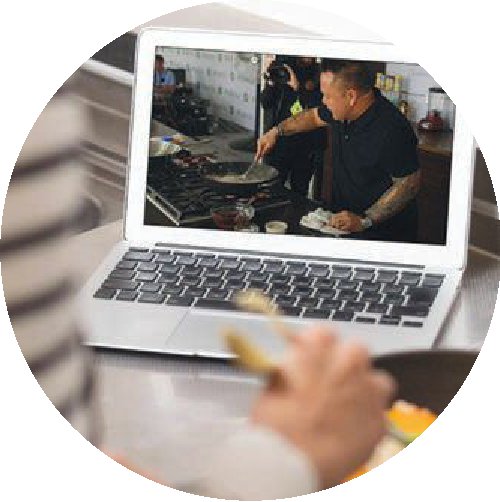 Some of the programming from this year’s festival can be viewed online. PHOTO COURTESY OF SOUTH BEACH WINE & FOOD FESTIVAL

Like many other organizations in the past year, the South Beach Wine & Food Festival has adapted to our Zoom-saturated new normal. With help from the Knight Foundation, the event will make the Publix Culinary Demonstrations available online and in real time as Food Network personalities take the stage to chop, sear and saute at the Goya Foods’ Grand Tasting Village. May 22 and 23, 11AM-2PM and 3:30- 6:30PM, sobewff.org/virtual-demo-sat, sobewff.org/virtual-demo-sun