Artist Carlos Betancourt taps into cherished family memories for his first solo show in Miami in nearly a decade. 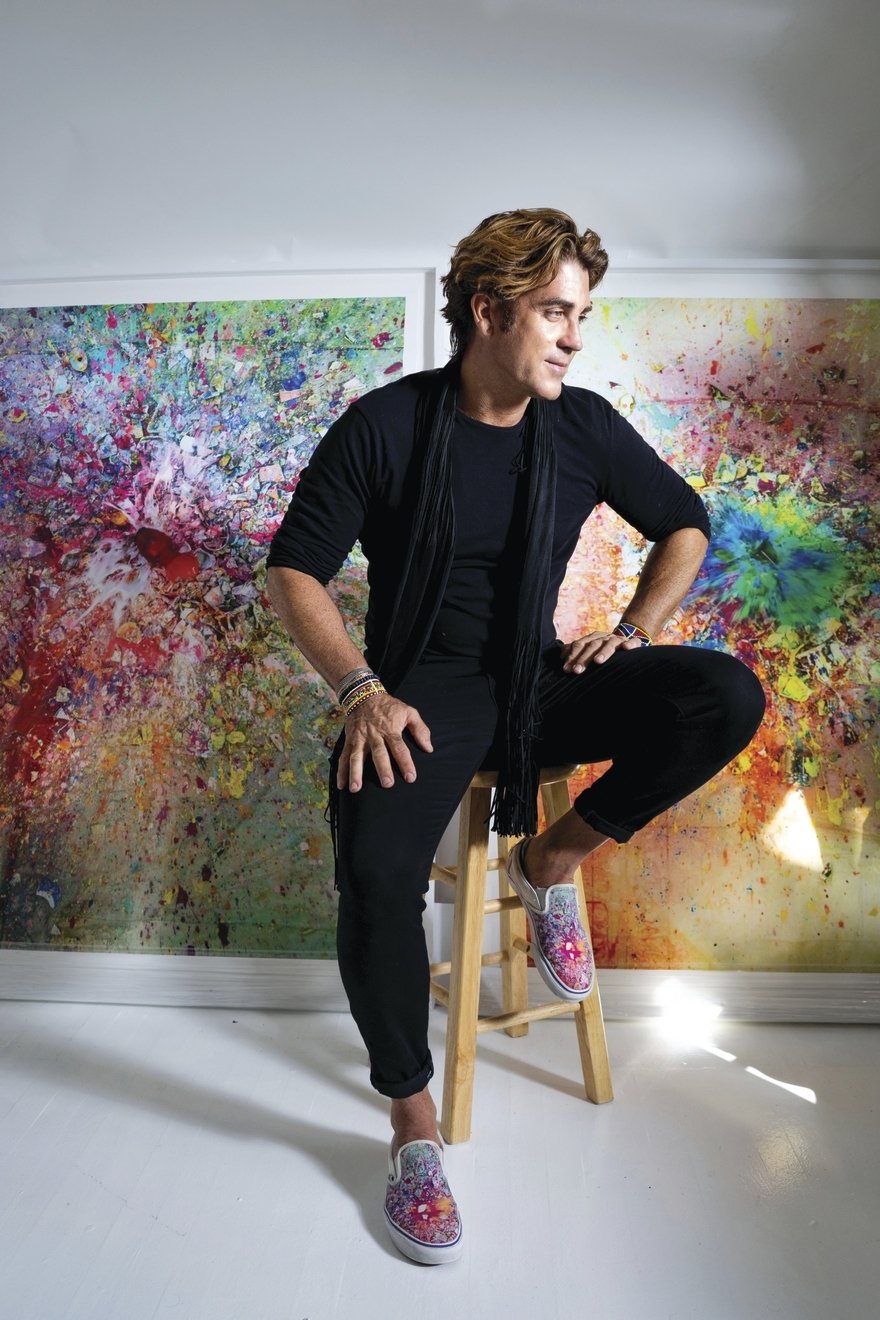 Carlos Betancourt can trace one of his earliest memories back to when he was 3 years old. “I remember watching the second moon landing in 1969 on TV with my father, whom I adored,” he says, “and assembling a cardboard model of the spaceship while watching TV. It’s a very powerful image.”

Vivid recollections of this kind often inform Betancourt’s work, a multidisciplinary mix of painting, photography, sculpture and installation that defies specific categorization, and they are the central theme of his new exhibition, Process as Ritual: The Future Eternal, a solo show (his first in Miami in almost 10 years) mostly composed of illuminated wall assemblages made with Christmas tree toppers and holiday lights that he’s been collecting for years.

“When I was a young kid in Puerto Rico we’d go on parrandas, which is a Latin style of caroling, during the Christmas season, and since my parents loved music, we’d visit multiple homes,” says Betancourt. “I remember staring at the tree toppers in these houses for hours. Perhaps this show is a way of honoring traditions, innocence, love, beauty and the memories that a simple mass-produced object can invoke. In this case, the tree topper is repurposed; it becomes something else, losing its original function and offering a new one.”

As Betancourt sees it, this celebration of nostalgia is his way of bringing the past into the present, but that doesn’t mean he’s ready to be defined. “With my artwork, I allow for spontaneity, mystery and poetry,” he says. “I don’t need all the answers.” Dec. 4-Feb. 4, Primary Projects, 15 NE 39th St., Miami, 954.608.0233, thisisprimary.com; carlosbetancourt.com