Austrian tennis star Dominic Thiem has his eyes on the prize. 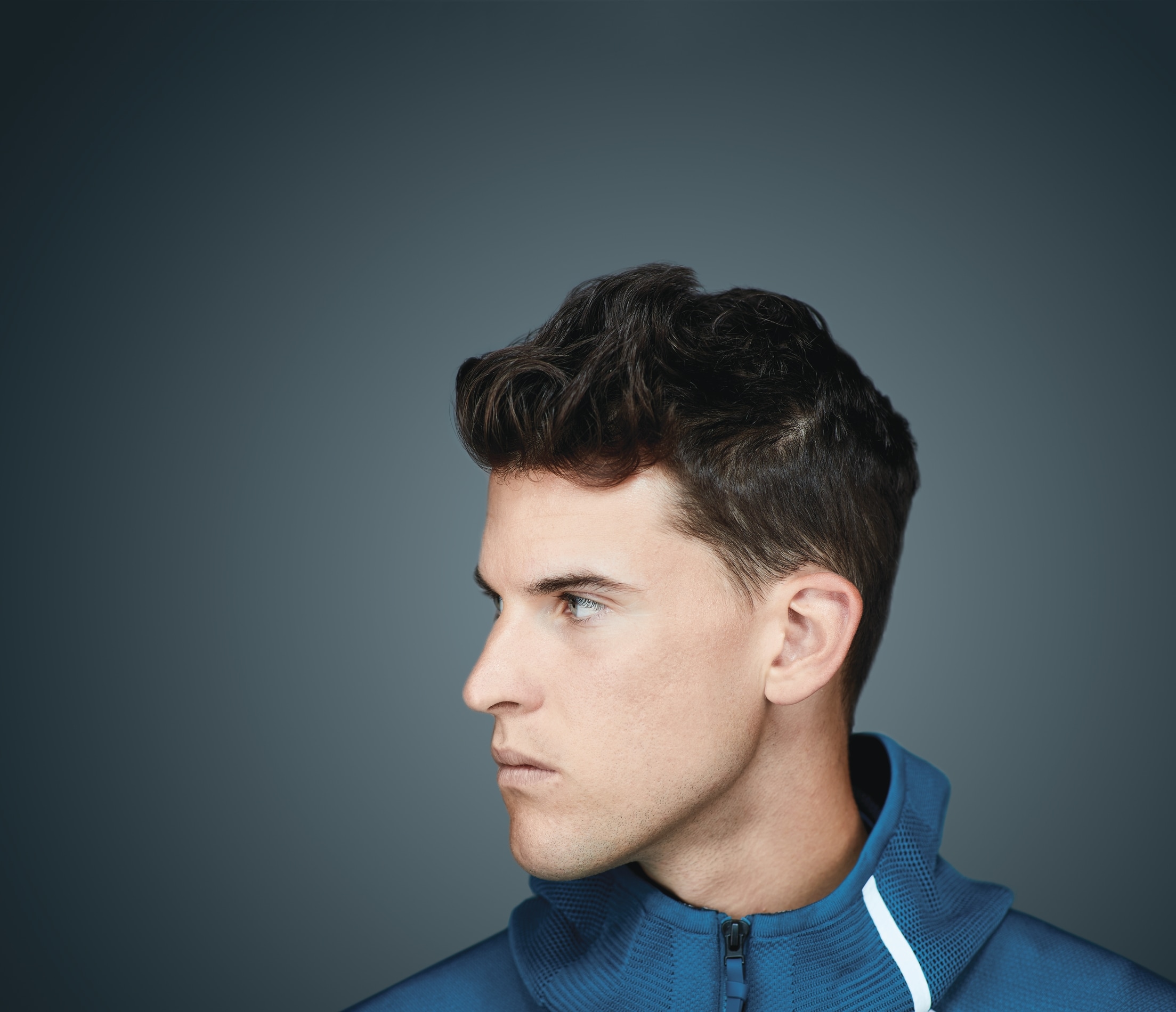 For years, the biggest question in men’s tennis has been: Who can topple the “Big Three”? It’s a tall order—Rafael Nadal, Novak Djokovic and Roger Federer have won the last 13 Grand Slam titles and a staggering 56 of 67 since 2003—but if anyone is up to the task, it’s Dominic Thiem. The tireless 26-year-old Austrian dismantles opponents with a lethal one-handed backhand; he knocked off Federer at Indian Wells to take one of his five titles in 2019, and last month took out Nadal in the Australian Open before surrendering in five sets to Djokovic in the final. Although this year's Miami Open was suspened, he will still be looking forward to improving on last year’s first-round exit­ whereever he is playing next—and don’t be surprised if he’s holding the trophy after the final match.

1. You’re considered one of the fittest players on the ATP tour. What’s your fitness routine like? A lot of practice. During the preseason in Miami, I always did a session on the beach and then an endurance [workout]. Nowadays, being really fit is probably one of the most important things in tennis.

2. That’s right, you did train in Miami for the Miami Open this year. What was your favorite part of the city? Brickell Avenue. There are always people around, and it has great restaurants. I also have a friend who has an apartment there where I can stay, so that’s really nice.

3. What has been the sweetest win in your career so far? The 2019 tournament victory in Vienna, where I played the final against my good friend Diego Schwartzman. It was so emotional and special because I’ve visited that tournament since I was 4 or 5 years old, and I’ve never missed a year. To stand there and win the title at the end was just amazing.

4. You’re often mentioned as someone who will be as well-known as Djokovic, Nadal and Federer. What do you make of all that? Djokovic, Nadal and Federer are probably the biggest legends of this game, ever. So it’s almost impossible to get as famous or get as good as them, but of course I will try. They’ve won so many titles it’s almost impossible to get there.