The Hottest Properties in Miami

The real estate industry as a whole may be cooling off, but condo living in Miami is as hot as ever thanks to interest from no-nonsense buyers and world-class properties with A-list amenities. 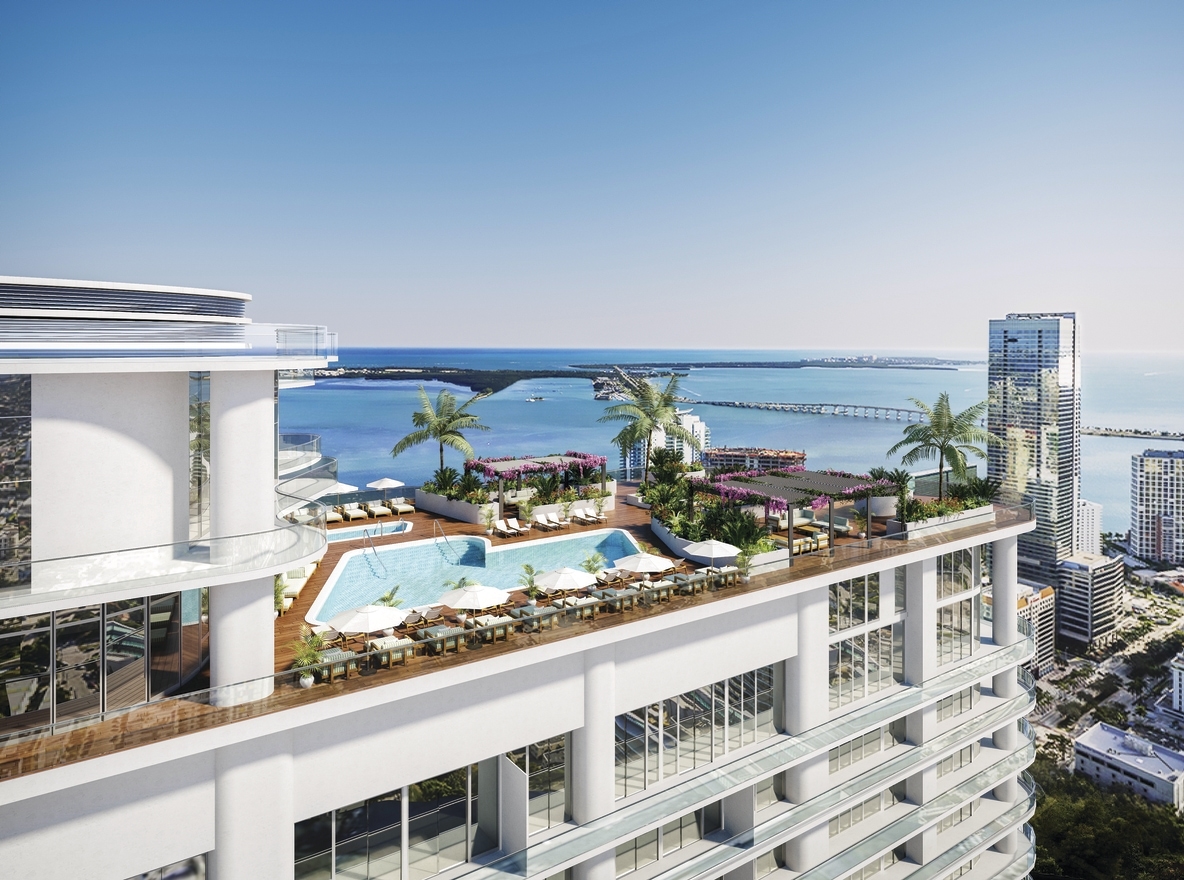 TOP OF THE WORLD The rooftop pool area at Brickell Flatiron will feature views of the water and the city from all directions.

Those who like being surrounded by the sights and sounds of money changing hands will find no better address in Miami than 1001 S. Miami Avenue, the center of Brickell’s Financial District, where the concrete foundation was recently poured for one of developer Ugo Colombo’s latest developments, Brickell Flatiron. The property’s name not only points to its triangular shape, reminiscent of the iconic structure in Manhattan, but also its prime location. “The Downtown and Brickell area is a little slice of New York in Miami,” Colombo explains, though longtime locals know it might not have become that way if it were not for his influence. The massive tower, designed by architect Luis Revuelta, will soar 64 stories over the city, with wide elliptical balconies creating exterior waves. In the 549 units inside, interior architect Massimo Iosa Ghini employed a wealth of Italian finishes and fixtures, including Snaidero cabinetry. Residences, priced between $465,000 for a one-bedroom to $14 million for five bedrooms, start at 730 square feet and go all the way up to 6,000 square feet. And when you consider what other properties of this caliber in this ever-changing area are going for, some might call that a wise investment. 1001 S. Miami Ave., Miami, 305.400.7400, brickellflatiron.com

PROPERTY HIGHLIGHTS
NEW HEIGHTS At 64 stories above busy Brickell, residents at Flatiron will be found on the rooftop swimming in the pool and wandering the garden, working out in a 6,300-square-foot gym and luxuriating with therapeutic services.

CLOSE TO HOME Both The Shops at Mary Brickell Village and the mighty Brickell City Centre (where new stores are opening daily) are less than a mile away, and with multiple public transit options nearby, the city’s star attractions are accessible in mere minutes.

ALL THE PERKS The property offers more than its share of social spaces, including a billiard and cigar room, wine cellar, theater and a selection of retailers and dining options.

BY THE NUMBERS
33132
In a survey about America’s boom towns, realtor.com identified this ZIP code—which includes Downtown Miami and everything south of 19th Street, north of Flagler Street and east of Miami Avenue to the water—as one of the most dynamic in the country when it comes to new housing and job growth in the next five years.