The Man on the Fame Train 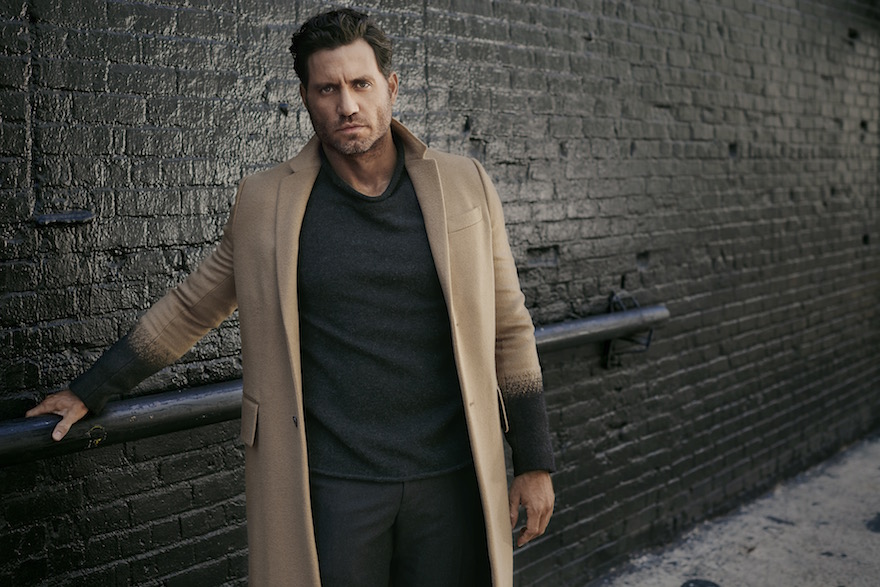 A few months ago, the name Edgar Ramírez may not have instantly rung a bell, but if you perused the super-handsome Venezuelan-born actor’s résumé, you’d soon realize you had, in fact, seen him before. Multiple times.

Perhaps you first noticed Ramírez, the brown-haired, hazel-eyed hunk, when he made his American debut playing a bounty hunter opposite Keira Knightley and Mickey Rourke in Tony Scott’s 2005 thriller Domino. Or maybe you recall he played an assassin in The Bourne Ultimatum in 2007, a sharpshooter in Vantage Point in 2008, the notorious Venezuelan terrorist Ilich Ramírez Sánchez (aka “Carlos the Jackal”) in the 2010 TV miniseries Carlos, the Greek god Ares in Wrath of the Titans in 2011, a CIA operative in Zero Dark Thirty in 2012 and Venezuelan political leader Simón Bolívar in The Liberator in 2013. Then again, maybe he made the biggest impression on you last Christmas Day, when he battled himself at the box office as the headliner of the Point Break remake and in Joy as Jennifer Lawrence’s husband.

By now, you’re certainly familiar with him from Hands of Stone, the late-summer release in which he stars as beloved Panamanian boxer Roberto Durán. But this month, Ramírez will become a household name when he appears in The Girl on the Train (opening Oct. 7), one of fall’s most anticipated films, based on the best-selling novel by Paula Hawkins. All predictions are for it to be a blockbuster hit, yet Ramírez, a serious actor, insists he didn’t choose the role for its box office potential. “You can’t choose movies for the wrong reasons, like will it be a box office hit or [will it] garner awards or nominations; those are beyond any actor’s control,” he says over lunch in Los Angeles. “It’s all about the emotional connection and commitment to the material regardless of the results because that, in the end, [is] what allows you to sleep at night.”

In the mystery thriller, Emily Blunt plays Rachel Watson, an alcoholic divorcee who becomes obsessed with a seemingly happy couple she sees from the train on her daily commute to New York City. When the wife suddenly goes missing, Rachel tries to find out what happened to her and, in the process, becomes a suspect in the case. Ramírez plays Dr. Kamal Abdic, the missing woman’s charismatic therapist. “My character is all mystery,” he says. “It was challenging because the movie oscillates between light and shadow constantly. There’s traps everywhere. So the movie keeps you on your toes. I think that everybody’s a suspect in the film and that’s why I love, love this project.”

Ramírez admits he hasn’t read the book, but he was hooked by the story as soon as he read the script sent to him by director Tate Taylor. “The script is great. Tate is an amazing director, and the cast is great,” he explains. “It reminds me of all those great movies from the ’80s that our parents didn’t allow us to watch. I play a psychiatrist that might or might not get involved with his patients. Might or might not be a killer. So, of course, it reminds me of Basic Instinct and Fatal Attraction—those kind of thrillers that were sexy and interesting, and kept you guessing constantly.”

Sexy, interesting and keeping you guessing also happen to be true of Ramírez, 39, whose acting career came as a surprise even to himself. The son of a military attache, he grew up in various countries around the world and studied mass communications at a Venezuelan university in preparation for a career in journalism or diplomacy. In the meantime, he dabbled in acting and appeared in a friend’s short film, which was eventually entered into a film festival. The film won an award, and Ramírez’s performance caught the attention of Mexican writer Guillermo Arriaga, who was collaborating with director Alejandro González Iñárritu. “He said, ‘Edgar, I didn’t know that you are an actor.’ And I said, ‘I didn’t know either.’” Ramírez was offered an audition for a role in what would become Amores Perros, which he turned down in favor of writing his thesis. “I wasn’t an actor [then],” he explains. “And actually, I see it as a good thing because it woke me up to this possibility. And here I am, giving acting a shot.”