The Spirit of Giving

'Tis the season for tinsel and outrageous gifts, but this time of year is as much about giving as it is about giving back. We're talking philanthropy! November kicks off a busy itinerary filled with galas, balls and luncheons all in the name of fundraising. The causes are varied, but the individuals behind them share the same goal: making a difference. In the following pages, we present these altruists and give you the scoop on the events you shouldn't miss. Sweet charity, indeed. 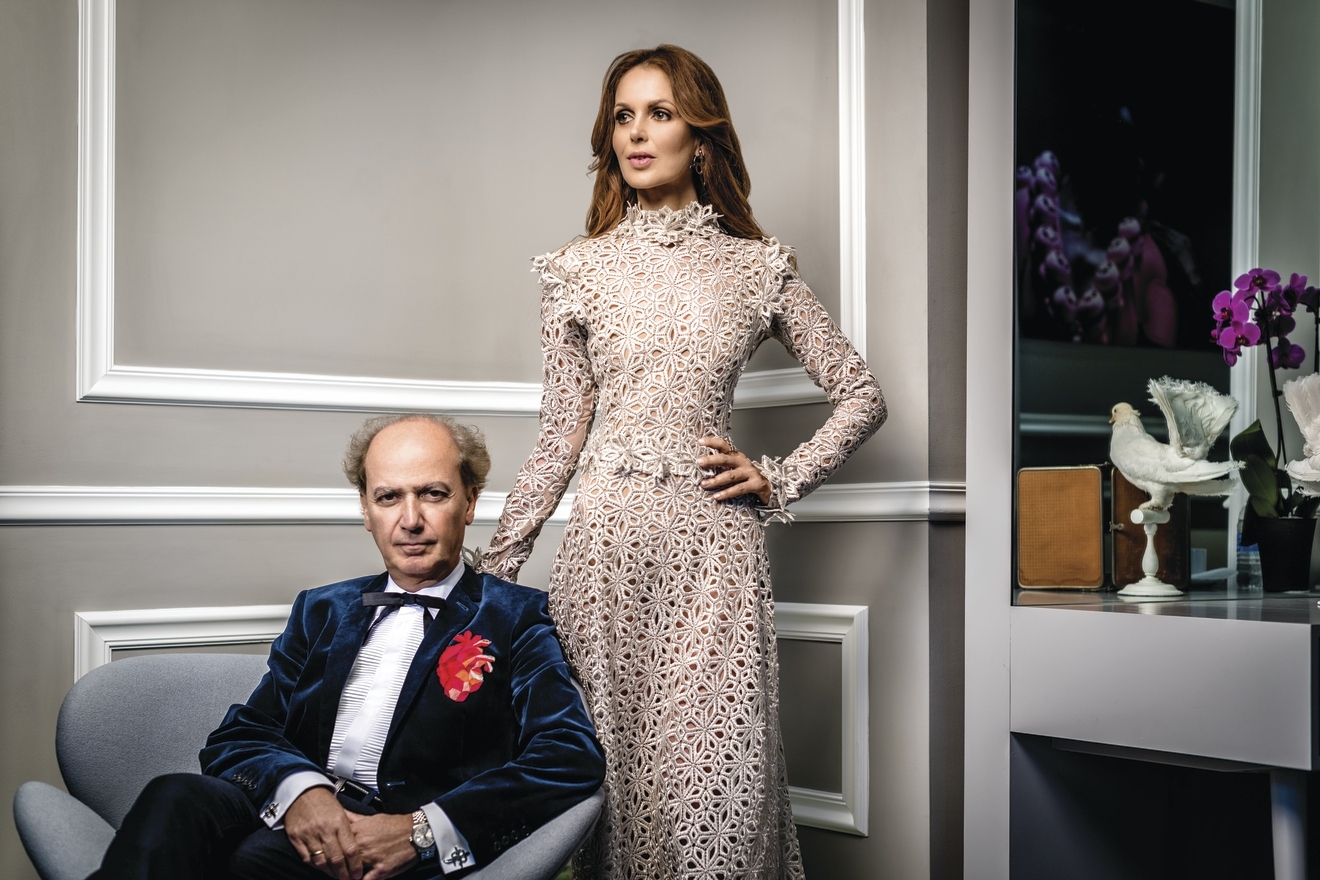 Eduardo and Athina Marturet have made it their mission to make the Miami Symphony Orchestra a world-class institution.

The Power Duo
When it comes to making beautiful music together, no couple does it better than Eduardo and Athina Marturet. He was a well-known conductor and she was a model and actress when they met at a party in Venezuela nearly 30 years ago, and today the gregarious pair is known for bringing about a significant shift in Miami’s cultural scene. It started a decade ago, when the Miami Symphony Orchestra asked Eduardo to become its artistic director. So the couple set roots here, recruited musician friends from New York and Chicago, and then got to work bringing MISO to the people. First came the Music in Unsuspected Spaces program, where orchestra members performed at the Venetian Pool in Coral Gables and inside Aventura Mall and Miami International Airport, and eventually participation in Culture Shock Miami (cultureshockmiami.com), which sells MISO tickets to students for only $5. The Marturets give back by supporting various institutions, but their main gig is hosting MISO’s fashionable Big Hats & Bow Ties Brunch (Feb. 4, 11am, $350, Cipriani, 465 Brickell Ave., Miami, 305.275.5666), which will celebrate its fourth anniversary in 2017. Before that, however, they’ll be busy planning this month’s MISO-CHIC: Music & Art (Nov. 20, 6pm, $35 to $122, Adrienne Arsht Center for the Performing Arts, 1300 Biscayne Blvd., Miami, 305.275.5666), a showcase of art and music to benefit Voices for Children. “We very quickly found a home and support here,” says Athina. Today, Eduardo reports, MISO is a sound institution: “I wanted to create an orchestra [worthy of] the name of the city. In 10 years, we’ve achieved that. Stretching the limits—that’s what you have to do. Nothing is impossible.” Miami Symphony Orchestra, themiso.org

There’s a famous Spanish proverb that, loosely translated, proclaims: Nothing under the sun is really new. Florida Grand Opera is embracing that idea wholeheartedly now that the arts organization has been around for 7½ decades. For its Spain-themed 75th Anniversary Gala, the FGO is not holding back. The evening will begin with a performance of Bizet’s Carmen and culminate with a dinner catered by James Beard nominee Brad Kilgore on the actual Lynn Wolfson stage of the Adrienne Arsht Center for the Performing Arts. Flamenco dancers, matadors and Spanish guitarist Marco Sartor will round out what’s bound to be one festive affair. Nov. 12, 5:30pm, from $1,000, Adrienne Arsht Center for the Performing Arts, 1300 Biscayne Blvd., Miami, 305.403.3317, fgo.org

545,000
That’s the number of free meals Camillus House provides for low-income families in South Florida on a yearly basis. Want to help? Through Nov. 23, visit local restaurants such as Barceloneta, River Seafood Oyster Bar, Timo, Swine, Izzy’s Fish & Oyster and a number of others (all on the CH website) and order one of their special two-course dinners ($25) or two-course lunches ($15). Five percent of proceeds from said menus will go directly to Camillus’ efforts. Now, that’s good taste for an equally good cause. cc4camillus.org

The Living Legend
Giving It Her All

When Swanee DiMare and her husband, Paul, moved here in the 1960s, they explored the city, eager to discover what it needed to flourish, but it was a helicopter ride over Miami after Hurricane Andrew in 1992 that set her in motion. “It was heartbreaking,” she recalls. The American Red Cross was thus the first organization to get her time and attention, and she has been a member of its Red Cross Ball committee since. Over the years, the couple has also supported various nonprofits in nearly every category there is, but Fairchild Tropical Botanic Garden, where Swanee serves on the board of trustees, has quite literally blossomed thanks to the DiMares’ efforts. Most recently, the couple donated funds to create the Paul and Swanee DiMare Science Village, a venue that will further’s boost Fairchild’s already impressive education and research programs, and Swanee has co-chaired the park’s largest annual fundraiser, Gala in the Garden (Feb. 4, 6:30pm, from $1,000, 10901 Old Cutler Road, Coral Gables, 305.667.1651, fairchildgarden.org) for nine years. “It’s easy to write a check, but you need to be involved,” she says. “Our goal is to see Miami as a world-class destination in science, education and healthcare.”

Shortly after arriving in Miami from Spain in 2009 in the wake of a drastic career change, Ruben Campbell had an epiphany: It was time to share his love of music with underserved kids. “I grew up in a music atmosphere but never really had the resources to train myself. I never learned to play an instrument, and I grew up with that frustration,” he explains. “I didn’t want any kid to feel that way.” That moment led him to form the Music for Your Heart Foundation by using donations (and 10 percent of his earnings from his day job as luxury real estate agent) to provide lessons and purchase instruments for thousands of local kids. “I feel like the Robin Hood of modern society,” he jokes. Currently, Campbell is in fundraising mode for a school workshop program that will begin in January while also helping youngsters produce their own songs via his new endeavor, Music Legacy Records. “Music really is our universal language,” says Campbell. “It’s the thing most shared by humans after oxygen.” musicforyourheartfoundation.org