As the new head of Brightline, hospitality expert Patrick Goddard is recharging and upgrading the commuter experience. 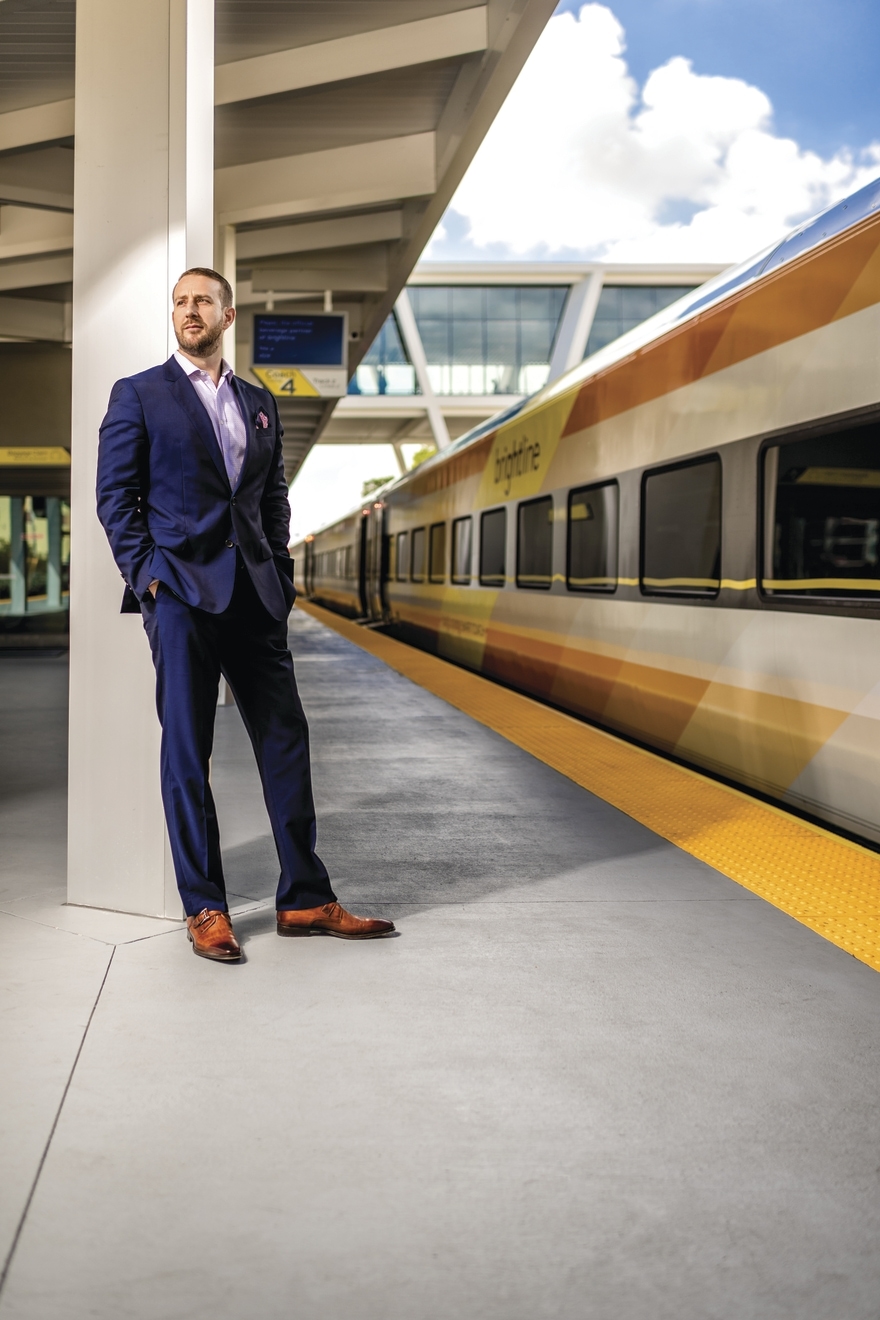 Just a couple of years ago, Patrick Goddard was the CEO for Trust Hospitality, a company that owns and operates hotels in more than 10 countries. So while his new role as president and COO of Brightline, Florida’s privately owned, high-speed rail system, might seem a far cry from the hospitality industry he spent nearly two decades in, Goddard insists that’s not the case.

“The more I dug in, the more I understood it’s very similar,” he says. “My passion is in creating great experiences. Now I get to do that with trains.”

Brightline, which launched in January with stations in West Palm Beach and Fort Lauderdale, already had a great foundation in place, he explains, with a brand that is “relevant, modern and forward leaning.” Vibrant, sophisticated aesthetics, amenities and services are wowing riders who have never seen anything of the like before.

“The stations are like hotel lobbies,” says Goddard while running through a list of perks that include copious cellphone-charging stations, free Wi-Fi and baggage handlers. His main contribution so far has been to create a “sense of place” by ensuring each station reflects the surrounding community with art elements, local food and beverage purveyors, appropriate music selections and other such features.

Miami’s station, opening later this year, is bound to eclipse the others as it will be part of MiamiCentral, a six-block complex that will include apartments and a 50,000-square-foot food hall featuring the Voltaggio Brothers’ Monger restaurant and market. An Orlando International Airport station is also underway, along with a Miami/Orlando route with trains by none other than David Rockwell, but Central Florida is hardly the end of the line. “That’s only the beginning,” says Goddard. “It’s a fraction of a fraction of what we will ultimately do.”