Celebrity chef-turned-interior designer Travis London proves he has the magic touch in more ways than one as he reveals his awe-inspiring Miami Beach abode. 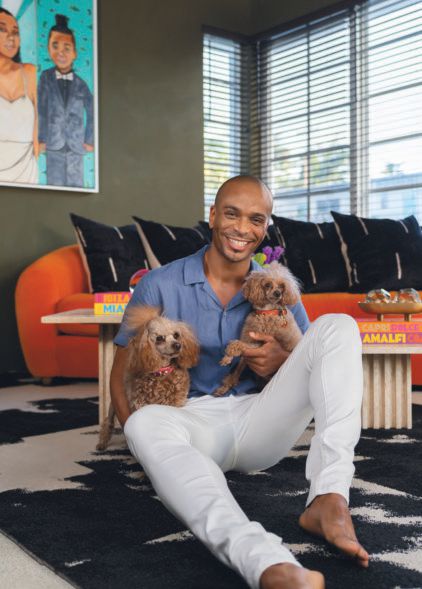 Travis London with his miniature poodles, which he fondly refers to as his “babies” PHOTO BY VENJHAMIN REYES

Studio London Co. (studiolondon.com) founder Travis London has painted a beautiful picture for his vibrant and exuberant life in Miami Beach. With an exhilarating career history spanning from his inception as a chef to becoming a renowned designer and creating Studio London Co., London’s path has taken him to the world’s most glamorous cities including New York City, Paris, Milan and Los Angeles. Now, he’s laid claim to his abode in Miami Beach, where he resides full time. Expressing his bold and vivacious personality to the highest degree, the home serves as a living canvas of not only London’s expertise but also his inimitable character. 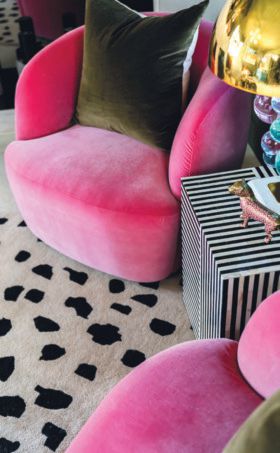 “Miami is such an exciting place, like myself and my designs,” the creative says. “I’m a designer who loves color and boldness, and those are two things that are synonymous with Miami.” 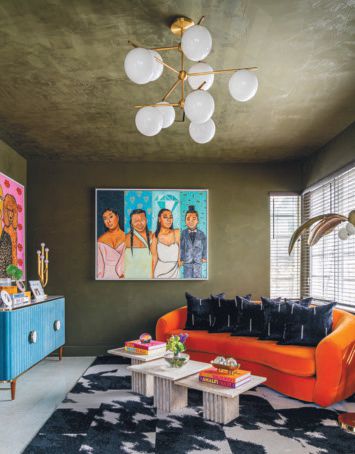 London’s family portrait by Lex Marie is on display in the center, with a second portrait of London with his dogs on the adjacent wall by Kendra Dandy. PHOTO BY VENJHAMIN REYES

Having combatted enough seasonal depression in New York for too long, London knew it was time to f lock to the Magic City, which promised opportunity and sunshine to fulfill his creative spirit.

“People in Miami are willing to take more risks than they do in New York or Los Angeles. They live their whole lives elsewhere, with the goal of retiring in Miami, and when they finally get here, they are ready to take the chances they’ve always dreamed of.” 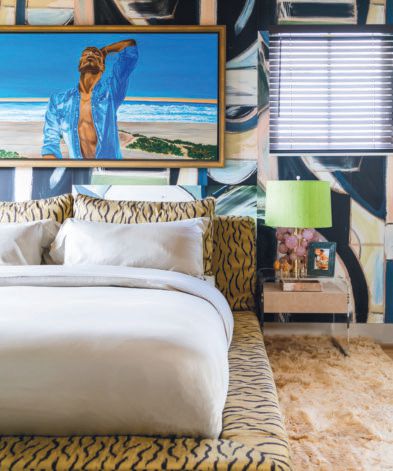 London’s bedroom is the crown jewel of his home, truly evoking his bold and vivacious personality PHOTO BY VENJHAMIN REYES

Maintaining the home’s deep history, which was built by William Lapidus—who also famously built the iconic Fontainebleau Miami Beach hotel—London brought his signature flair to the 2,100-square-foot town home in Miami Beach, breathing life into the space with bold color, character and statement pieces that make up the beautiful masterpiece.

From his soon-to-launch paint line dressing the walls in vibrant colors and metallic tones to custom artwork portraits of himself and his “babies”—his adorable three miniature poodles—to eye-catching light fixtures and plush furniture, London’s home captivates guests from the moment they enter the scene. One of the standout rooms is, of course, his primary bedroom.

“When it came to my home, I wanted a welcoming place with European influences and bold, unexpected elements of color and shape,” he notes. “I wanted it to show the different sides of my personality… we are not the same person in the kitchen as we are in the bedroom. I wanted the bedroom to feel sexual, sensual and fun. I want to be idolized and fantasized in my bedroom—as we should all aspire to!” 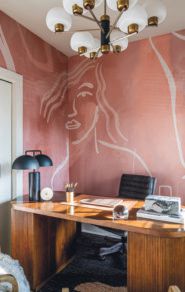 London’s home office with wallpaper by Drop it Modern. PHOTO BY VENJHAMIN REYES

Manifesting this goal, he beautifully decorated the room with silk, sateen, fur and leather that convey sensual tones, brought together by the focal mural portrait above his bedside, painted by artist Sasha-Loriene. With a Restoration Hardware chandelier elegantly hanging above the bed juxtaposed against metallic paint from his paint line on the ceiling, and funky wallpaper adorning the walls, the scene seamlessly comes together in a beautiful work of art.

“I love how the smoky crystals light up the walls when it is lit,” London notes. “There are so many textures [in the bedroom]—the primary bedroom is a place where love is made, so in that room you want to have those feelings of sensuality and empowerment.”

Serving as an immersive laboratory for his innovative design and showcase of some of his most prized work, London adds his magic touch to the beautiful and vibrant color palette of Miami. 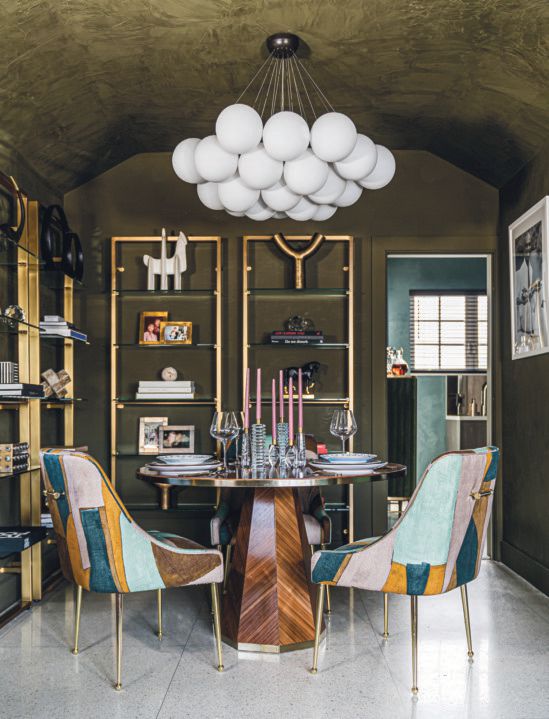