An Exclusive Look At The Brand-New Virgin Hotels Las Vegas

With a luxe lineup of exclusive restaurants and bars, a 5-acre poolside playground and 1,500 well-appointed suites and penthouses, the brand-new Virgin Hotels Las Vegas has arrived. Let the revelry begin. 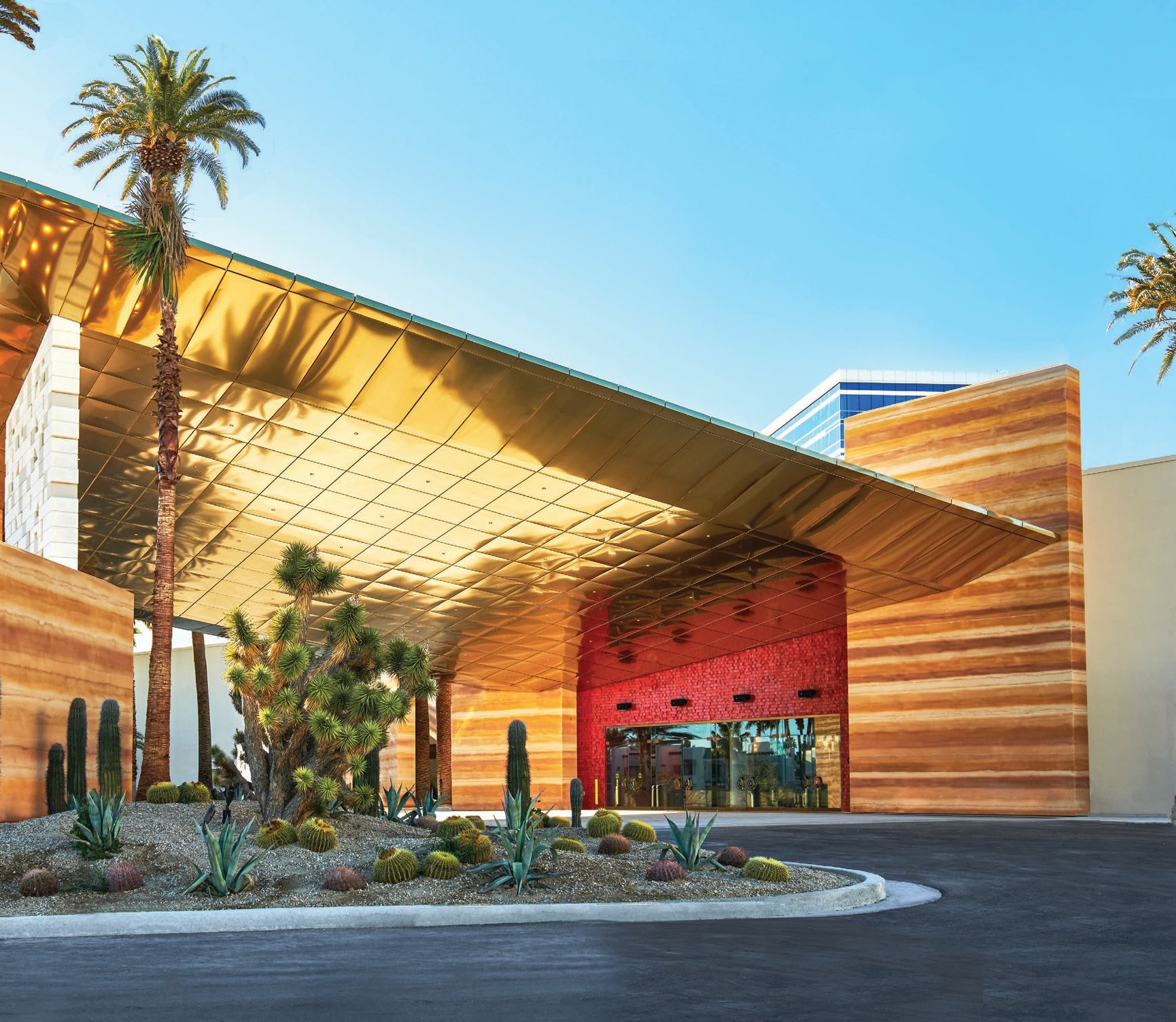 After 26 years of offering near-the- Strip accommodations to locals and visitors alike, the Hard Rock Hotel and Casino took its final bow in February 2020. And in its place has arrived the much-anticipated debut of Virgin Hotels Las Vegas, a glitzy property from the Curio Collection by Hilton featuring 1,500 chambers, grand chamber suites and penthouses spread across its Opal, Canyon and Ruby towers.

“There are positive signs pointing to another great Las Vegas comeback. No city does it better than Las Vegas,” says the hotel’s owner, Richard “Boz” Bosworth, CEO and president of JC Hospitality. “We are so excited that we have our team members back to work and that our doors are open to welcome back locals and tourists to the city. In 1995, the Hard Rock Hotel was dubbed a Las Vegas resort for the next generation. Now, 26 years later, we believe that Virgin Hotels Las Vegas is the new Las Vegas resort for the next generation.” With its 60,000-square-foot Mohegan Sun Casino; a 5-acre desert pool oasis; event venues ranging from the intimate 24 Oxford to the 4,500-seat Th eater at Virgin Hotels Las Vegas; plus a portfolio of 12 exclusive food and drink venues, Virgin Las Vegas is certainly offering something new for travelers of all tastes. 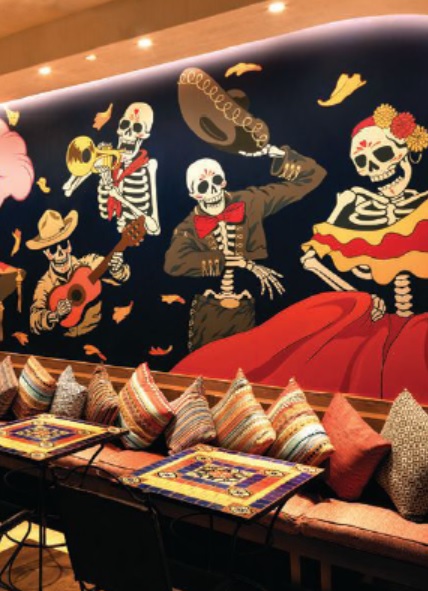 Outdoors, revelers can indulge in a multilevel bar experience at the pool’s Mykonos-themed Élia Beach Club, opening June 10, where DJs will spin live tunes as beachside bites are served. If relaxing is more your speed, retreat to a sunkissed VIP cabana. Nearby, The Promenade features indoor-outdoor poolside dining experiences at Todd English’s Olives (the return of the acclaimed chef’s Mediterranean hot spot that previously spent 20 years at Bellagio); Hakkasan Group’s Casa Calavera (a Día de los Muertos-inspired cantina) and Kassi Beach Club (a fusion of European, coastal Italian and Greek flavors from restaurateur Nick Mathers); plus Money, Baby!, a midcentury modern sports, dining and entertainment venue by Clive Collective. The noshing continues inside the resort at sushi favorite Nobu; Night + Market, a Thai concept from award-winning L.A.-based chef Kris Yenbamroong; and One Steakhouse, a new iteration of brothers David and Michael Morton’s beloved MB Steak. To wet your whistle, imbibers should head to The Bar at Commons Club or Th e Shag Room for an array of top-notch cocktail options. 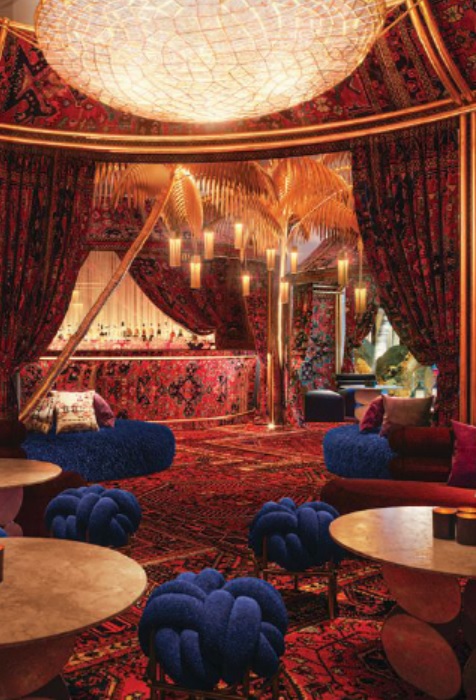 The Shag Room is inspired by the famed Studio 54. PHOTO COURTESY OF VIRGIN HOTELS LAS VEGAS

When the party winds down, head to your luxe accomodations, ranging from the desertchic Canyon Oasis chamber suite, which offers primo Strip views, to the top-of-the-line Richard Flat. Named for Virgin Group mogul Sir Richard Branson, and available for booking later this summer, the 4,276-square-foot, three-bedroom space features ultrachic stylings by Rockwell Group (which also handled the rest of the architecture and interior design throughout the hotel) and clocks in as the property’s priciest digs at $3,000 per night. Go ahead, live large. Chambers from $198 per night, suites from $427 per night, virginhotels.com/las-vegas