One of hospitality’s most storied brands sets out to put its signature on Miami’s five-star skyline. 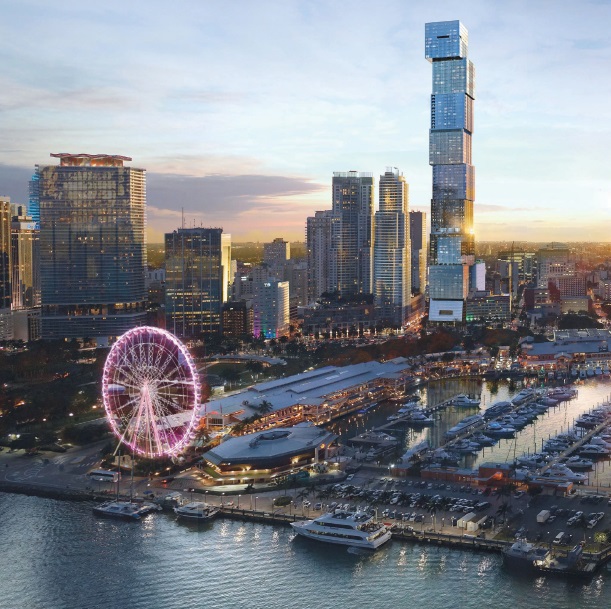 Waldorf Astoria Residences’ architecture by Carlos Ott and Sieger Suarez is unlike anything Miami has seen before.

When completed in the late 2020s, the Waldorf Astoria Residences high-rise at 300 Biscayne Blvd. will undoubtedly become Downtown’s signature tower. Rising 1,049 feet above Biscayne Bay, the building will be the tallest south of New York City, but that’s not where its distinctions end. Made up of nine glass boxes atop one another, the external design of the structure (a concept by the architecture pros at Carlos Ott and Sieger Suarez) will distinguish the property from any other vertical property on the East Coast.

“The unique nature of this project largely comes from not only creating an iconic building,” says Ott, “but a distinguished sculpture that will permanently alter Miami’s skyline with height and design never seen before.” He can say that again. While plenty of other starchitects have contributed to Miami’s condo/ hotel market in the past decade, none have delivered the wow factor and fantastical landmark appeal that Waldorf Astoria Residences promises. 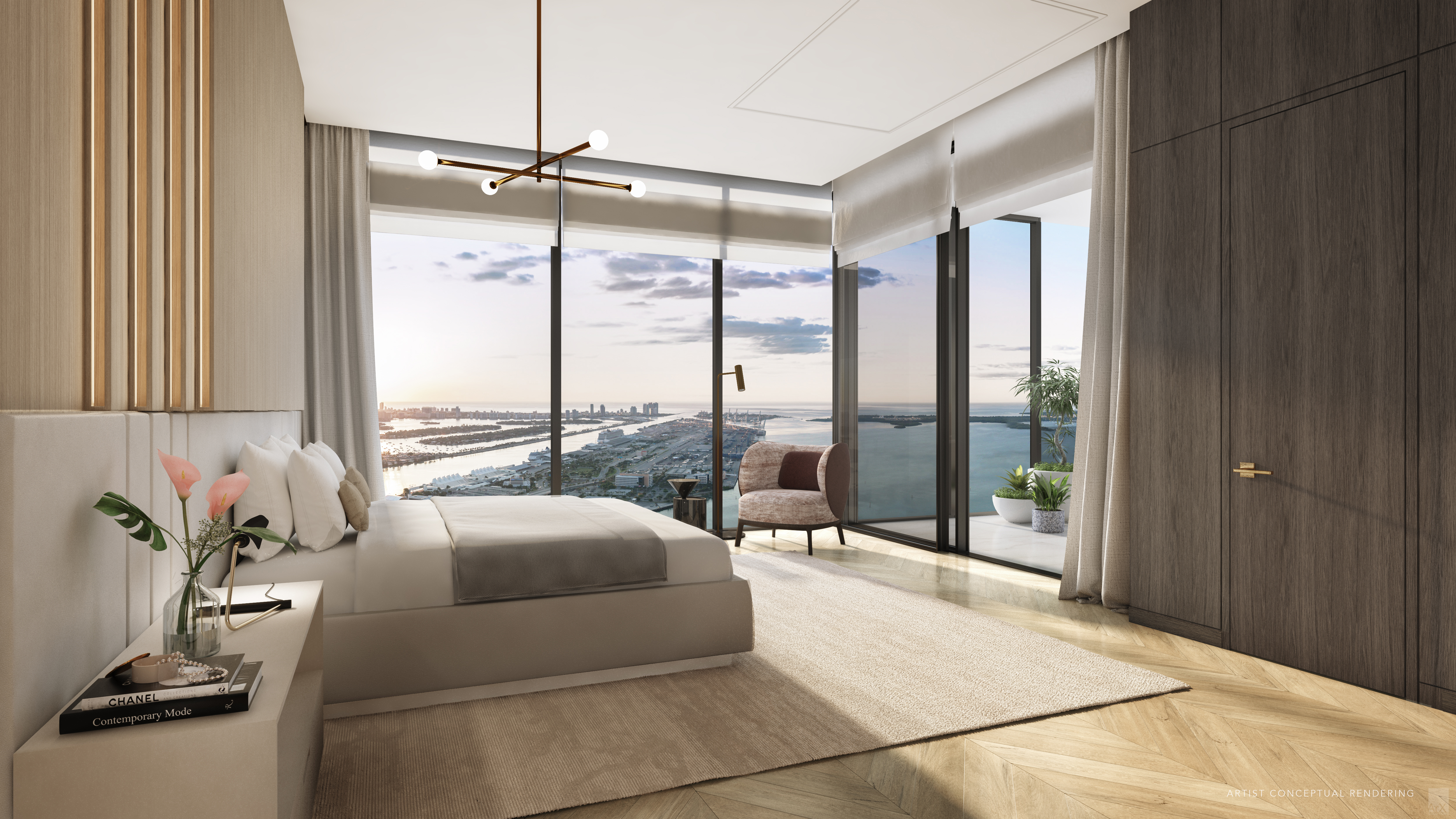 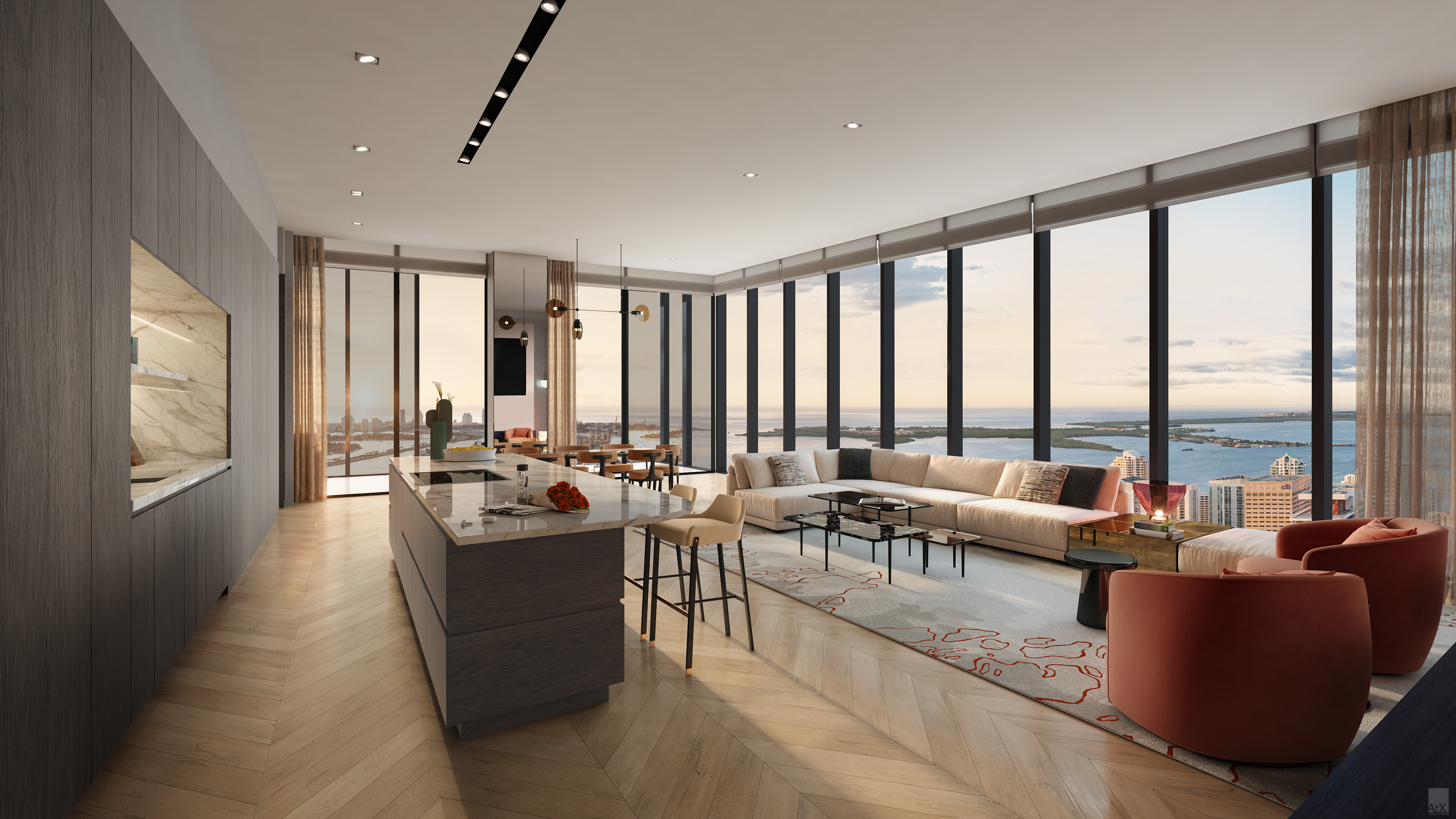 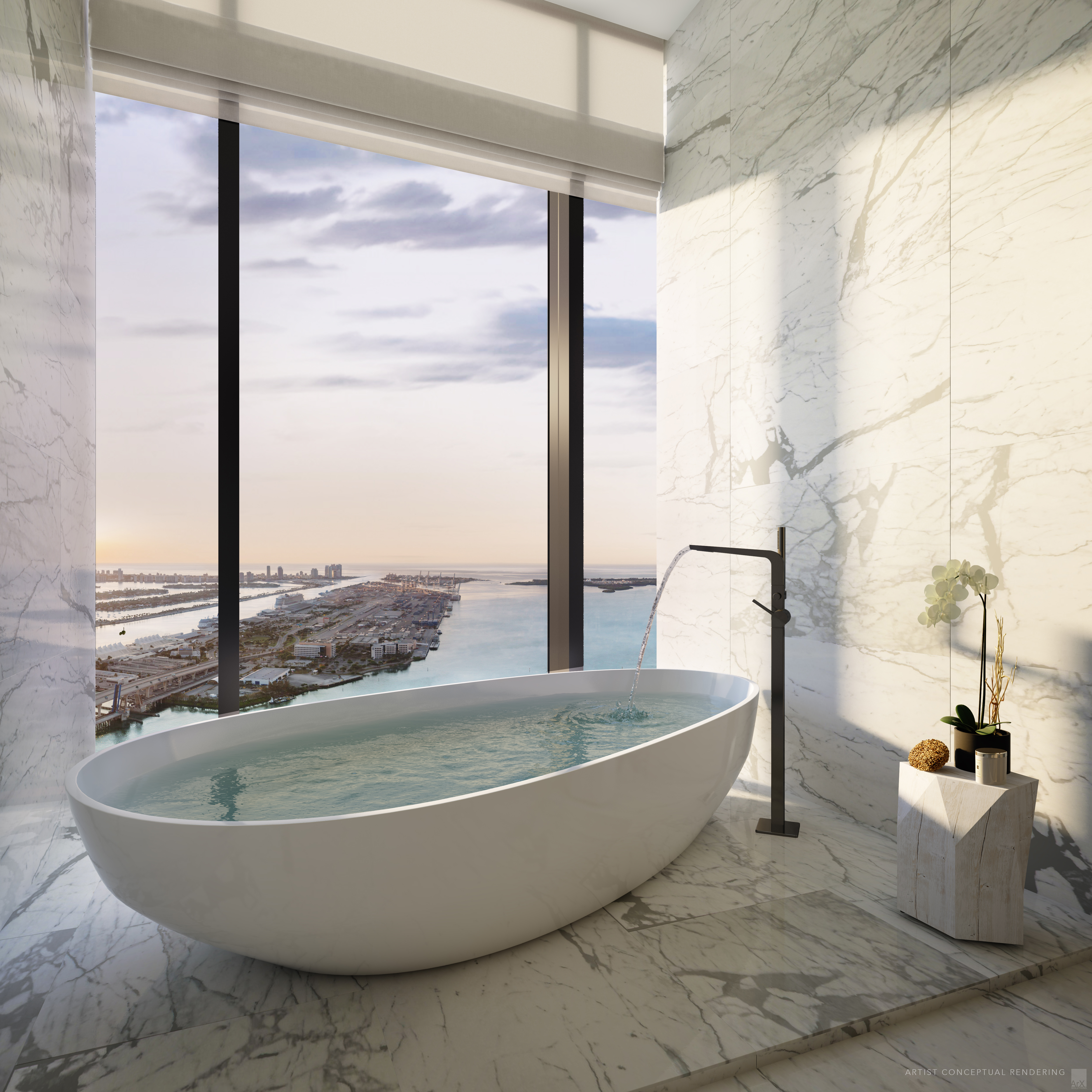 A combined effort between Miami- and New York-based developer PMG, Toronto’s Greybrook Realty Partners and Hilton (owner of the Waldorf Astoria brand), the project’s aesthetic pleasures continue inside. The developers have tapped California’s BAMO for the interior design, and while specific details were short as of press time, the firm’s mission is to deliver the captivating environments the firm is known for. As BAMO’s own literature puts it, “the overall interior design vision comes from the desire to create a transcendent experience for the residents and guests—something that reflects the idea and superlative nature of being in the tallest tower in Miami. The space strives to make you feel uplifted and inspired, where the sculptural quality of the building is manifested in the interior and becomes an immersive experience.”

In addition to the 360 residences (from $1 million) and 205 hotel rooms and suites within the tower’s 100 stories, there will also be a private restaurant, indoor and outdoor function spaces, a resort-style pool deck with cabanas, a spa, a fitness center and a social space called Peacock Alley, which will surely honor Waldorf Astoria’s five-star legacy.

“This is a remarkable building in which every detail has been carefully considered and meticulously designed,” says Greybrook Realty Partners CEO Peter Politis. “It’s a symbol of Miami’s prominence on the world stage and is sure to attract discerning buyers seeking a luxury lifestyle experience that’s in a league of its own.” Sales center: 400 Biscayne Blvd. Way, Miami, 786.206.3441, waldorfastoriaresidencesmia.com