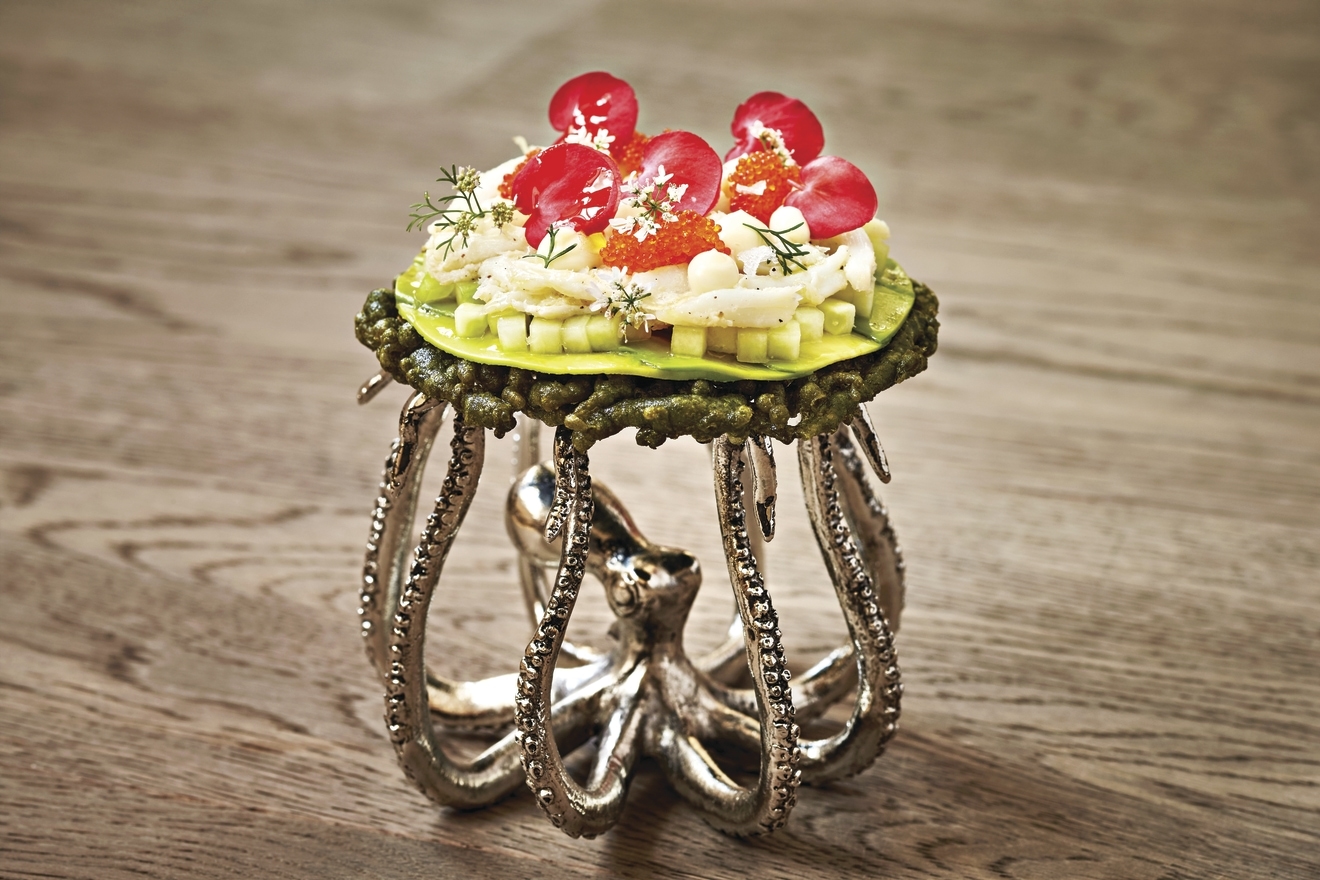 BEST CHEF'S TASTING MENU
When it comes to sharing the flavors of oceans worldwide, no one does it better than José Andrés at his extraordinary Bazaar Mar. For $1,325 per person, including top-shelf Champagne, guests can indulge in a saline taste tour of the globe, often starting with sea urchin from Hokkaido, the northernmost of Japan’s four main islands. Typically the journey continues from Baja to Maine, then over to Panama, Peru and New York (for Russ & Daughters’ smoked salmon), and ends in Spain, where both the Basque region and Cantabrian Sea are represented with seared baby squid in squid ink sauce and salt-baked branzino. Savoring the delicate creatures with sips of a 2002 Salon Blanc de Blancs Brut Champagne in the whimsical Philippe Starck environs might just be the next best thing to taking a five-star vacation to the aforementioned destinations. SLS Brickell, 1300 S. Miami Ave., Miami, 305.615.5859

BEST VIP NIGHTLIFE EXPERIENCE
LIV has been considered one of the nation’s preeminent nightclubs since its launch in 2008, but after a $10 million renovation this summer, the Fontainebleau’s crown jewel continues on its trajectory for global domination. “We can say with confidence that we have created the next-level party,” asserts co-owner David Grutman. Updates include more than 400 digitally controlled LED panels that produce choreographed light shows corresponding with music, new banquettes, flooring and a projection-mapped stage that creates customizable backdrops. Yet, VIPs will still typically hide behind the stage or in the DJ booth with $140,000 bottles of Armand de Brignac “Ace Of Spades” rosé. Some things never change. 4441 Collins Ave., Miami Beach, 305.674.4680