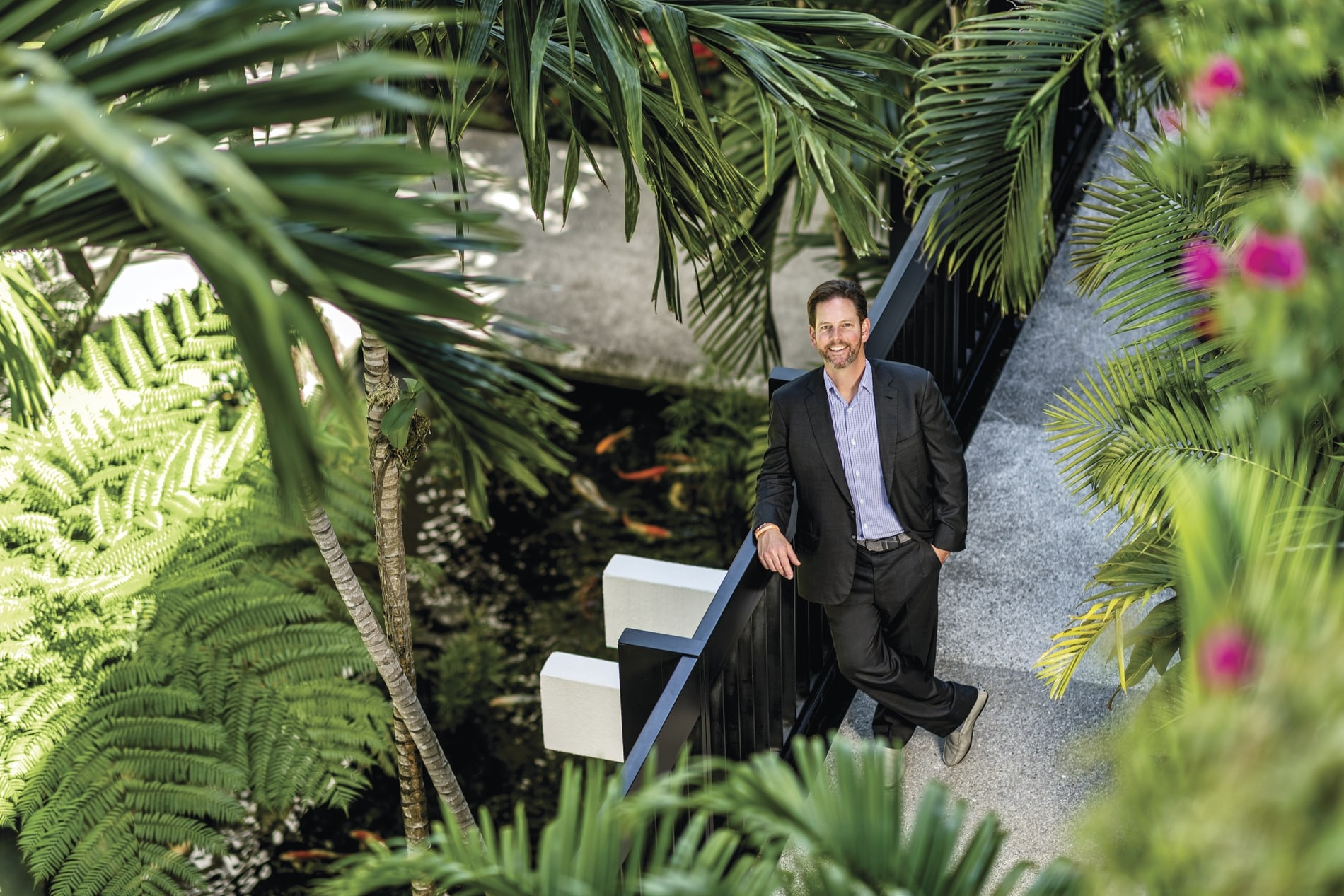 Matthew Whitman Lazenby’s expansion plans for Bal Harbour Shops will make it one of the largest luxury retail centers in the country.

Though it took 15 years for Whitman Family Development to get actual approvals for Bal Harbour Shops’ soon-to-come major transformation, its president and CEO, Matthew Whitman Lazenby, never ran out of patience. After all, he says, his grandfather, Stanley Whitman, had grand aspirations harking back to the early 1960s when he planned America’s first alfresco luxury fashion retail center. “It was always intended to be larger than what he actually opened,” says Lazenby. “He kept enhancing, improving and growing. Part of what we’ll do now is fulfill his 54-year-old vision.”

Whitman Family Development faced a few challenges enlarging the mall to give tenants the space they lacked. First was quelling the concerns of locals, which the company accomplished by engaging them in the dialogue. Second was securing a loan for the projected cost—more than half a billion dollars—and not just any entity would do. MetLife Investment Management stepped up. “It will be one of the largest single-asset loans that will happen this year,” says Lazenby. “We were looking for a single source of debt. It was hard to find a lender who had the capacity and willingness.”

By 2023, Bal Harbour Shops will include a new three-story promenade, anchor and parking garage. Barneys New York signed a long-term lease to open its first Florida location there, and it will mark the first time the specialty retailer will share an address with Neiman Marcus and Saks Fifth Avenue. Whether that still happens considering Barneys’ recent financial woes is anyone’s guess, but what’s certain is that a third luxury anchor tenant will join the fold. Eventually BHS will gain additional square footage and more tony brands. “We’ve suffered for decades from an undersupply of space,” says Lazenby. “It’s so significant a problem that some stores left entirely. Most of our stores are 20 feet wide by 100 feet deep. Many luxury brands want boutiques 10 times that size.”

As the BHS expansion gets underway, Whitman Family Development will continue to work with Brickell City Centre as its minority percentage owner, while considering opportunities in another country. But Lazenby, who was born and raised in Miami and now lives in Miami Beach with his wife and three young boys, trusts the endeavors will progress at the proper pace. “I’m not in a rush to do too many things at once,” he says. “We’re in it for the long haul. This will be a labor of love that will hopefully pass along from one generation to the next.”