As another polo season gets underway, Nic Roldan prepares to impress us with his equestrian skills from Palm Beach to Miami. 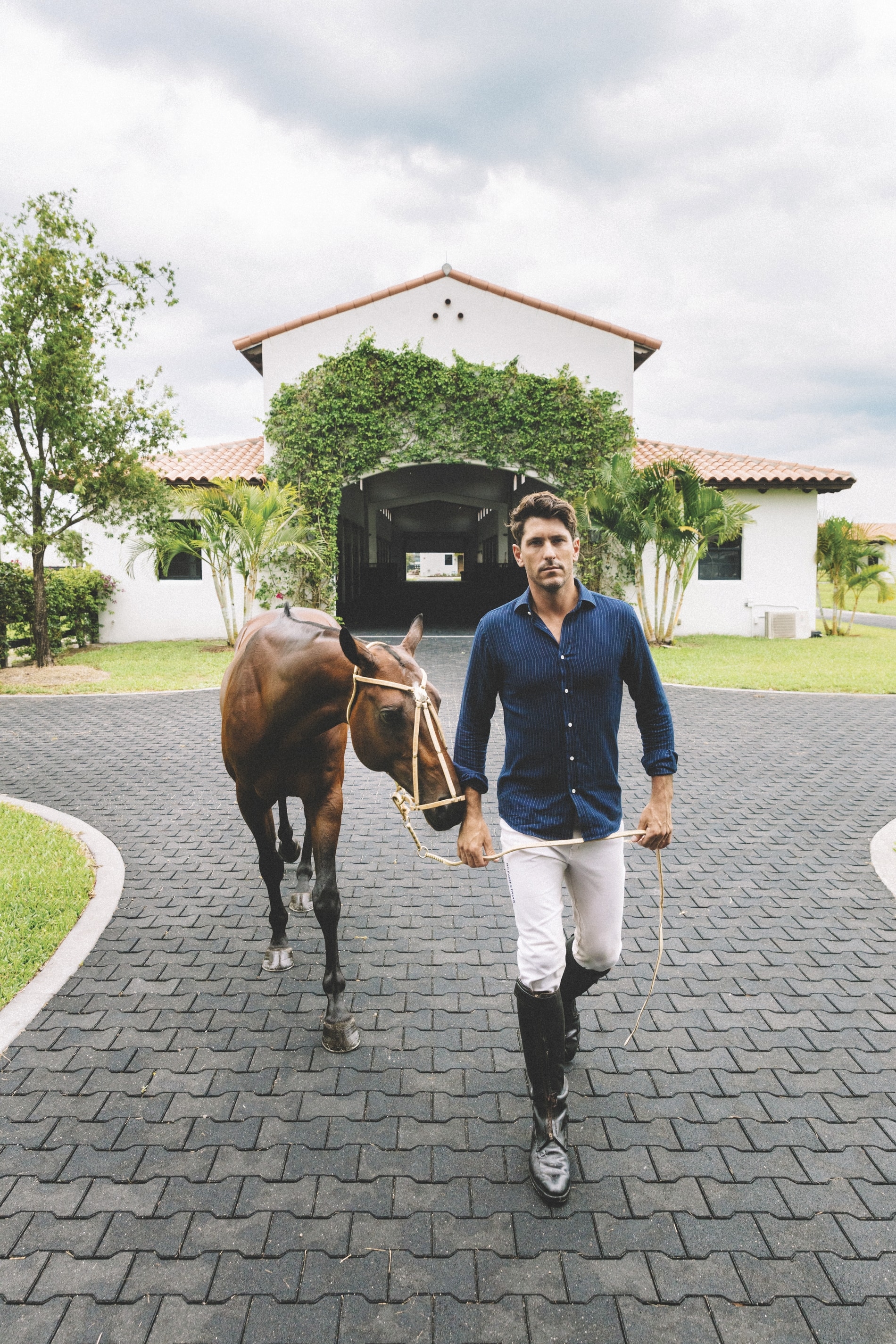 Nic Roldan and his top thoroughbred, Pepa, at the Santa Rita Polo Farm in Wellington

For World Polo League team player Nic Roldan, riding has been a big part of his life since he could walk. “I remember my father, who played polo in Argentina and Brunei, put me on top of a quiet horse, put me out in the paddock, and said, ‘Go ride around, and if you fall off, figure out how to get back on.’ I sort of learned cowboy style and loved it,” he says. Ever since that experience, riding and polo have been a part of Roldan’s life. Although he played other sports when he was younger, like soccer, golf, tennis and, still today, hockey, there was never any question that his passion was polo. “I lived and breathed polo,” he enthusiastically responds. “It was all I thought about. It was my biggest passion—and still is.” Since going professional at the age of 15, after being asked to replace an injured rider on the Escue Team and winning at that year’s U.S. Open Polo Championship, Roldan’s professional polo career hasn’t stopped. “I am still the youngest kid today to have won the U.S. Open,” the 36-year-old admits. “It opened up a lot of polo opportunities for me, and it became what I was going to do.” Polo has certainly taken him all over the world, playing on several different teams until longtime friends Melissa and Marc Ganzi, along with J5’s Bob Jornayvaz, founded the World Polo League in 2018, with its first season in 2019. Roldan decided to join them to play the best polo in the United States. 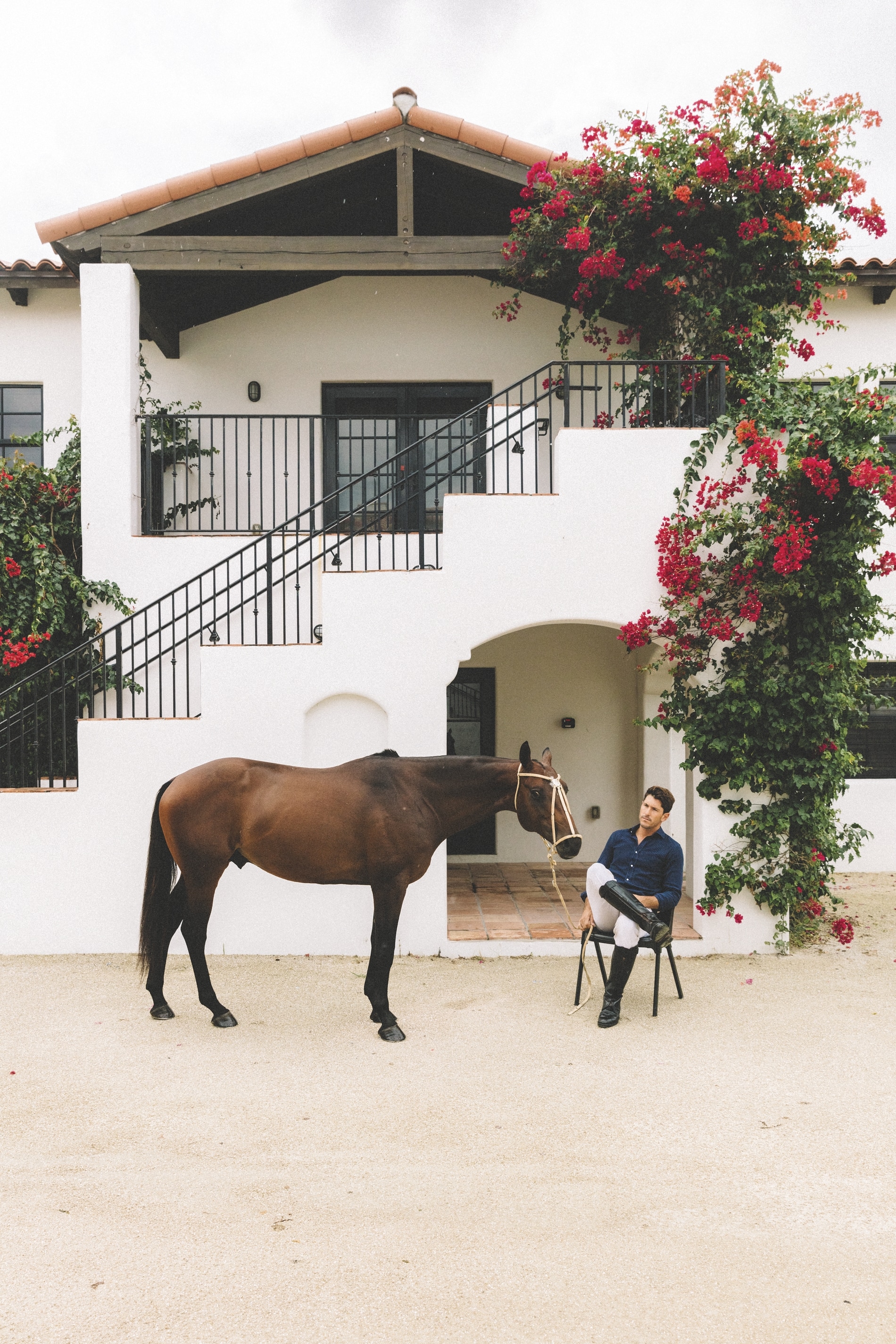 Roldan, now 36, won the U.S. Open Polo Championship at the age of 15 and remains the tournament’s youngest winner.

Now, in his second year, playing on the highest level of polo possible outside of Argentina with world-class players and equine athletes, Roldan and the World Polo League keep a grueling schedule, competing in Palm Beach, Aspen, Denver and Miami, as well as in many international destinations. “Our schedule starts in January. We go until the end of April, and we play about five or six 26-goal tournaments. It’s a pretty long season,” he says, flashing a movie star smile. “Honestly, you could watch polo every day between January and April if you wanted to, which makes me so happy. I want as many people to know about the sport as possible.” Keeping up with this rigorous schedule is not unlike that of any other pro athlete, and strength plays a major role in maintaining a high professional standing. “I spend two months in Aspen, play in the U.K., and then we are back to Wellington in the fall,” says Roldan. “Luckily for me, I’m a die-hard sports fan, so I love to train. In Aspen, I bike and hike, and, in Florida, during the season, the intensity of training increases. I try to change it up as much as I can, so I cross-train and play a lot of golf, which really helps strengthen my concentration. We’re out on a polo field for a while, and your focus is very important to your team and the game. I meditate, stretch and work with a physical therapist, who uses electrode machines, ultrasound and anything that works.” Training and riding 15 horses (which he keeps at his barn at all times) for 12 minutes per horse every morning and afternoon, plus competing throughout the season, requires a significant nutritional routine as well. Although Roldan’s diet isn’t as strict as some of his teammates’, he does focus on eating lean proteins, juicing and consuming large amounts of fruits and vegetables to maintain his weight and muscle strength: “For me, I just try and eat healthy. You don’t want to bulk up as a polo player; you need to be light but strong. I eat organically as much as I can, but if I want to eat a cheeseburger, I will. My body is happy this way, and I feel great.”